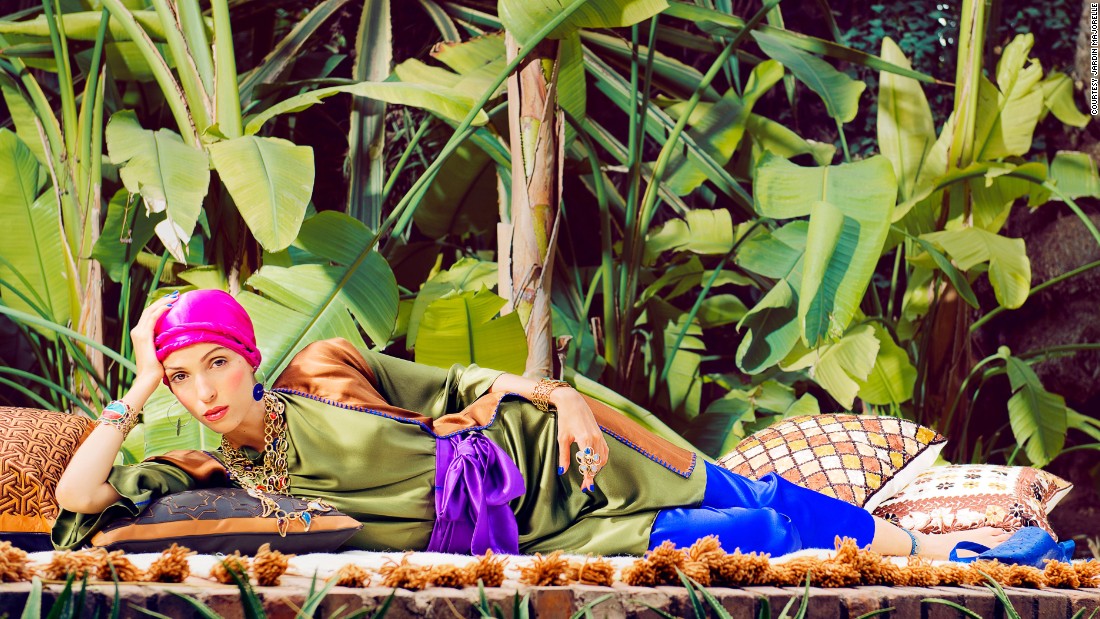 (CNN)Driving to the Jardin Majorelle, there can be little doubt of its impact on Marrakech. It’s not unreasonable to argue the garden is among the most famous in Africa — certainly north of the Sahara.

Shops and cafes surrounding the garden riff on its name, their signs colored in a distinctive cobalt blue that became the trademark of its founder, French painter Jacques Majorelle. But while Majorelle’s name is everywhere, so too is another: Yves Saint Laurent.
Saint Laurent and his partner Pierre Berge bought the property in 1980, 18 years after Majorelle’s death, saving it from the bulldozers of an iconoclastic developer. The couple nurtured the garden into its current state, opening the nation’s first Berber museum in the process, creating an attraction which draws almost 700,000 visitors a year. It’s a debt the city has repaid by naming the adjacent road after the late fashion designer.
Read: The world’s oldest library just got a facelift
Marrakech is preparing for those visitor numbers to soar in 2017 when the Fondation Pierre Berge–Yves Saint Laurent and Fondation Jardin Majorelle opens the Musee Yves Saint Laurent Marrakech. Those in the know suggest it will be further evidence of the impression Morocco left upon Saint Laurent, and the nation’s understated impact on the world of haute couture fashion.
We’ll have to wait until fall 2017 to step inside, so instead CNN took a walk around the garden and asked what to expect.

Entering through a discreet doorway on Rue Yves St Laurent, the Jardin Majorelle is as tasteful as you’d anticipate. It’s a world of many worlds: bamboo thickets sit alongside ginormous cacti; palms reach upwards, while clematises take hold in shady corners. Tying it all together is the ubiquitous presence of Majorelle blue. 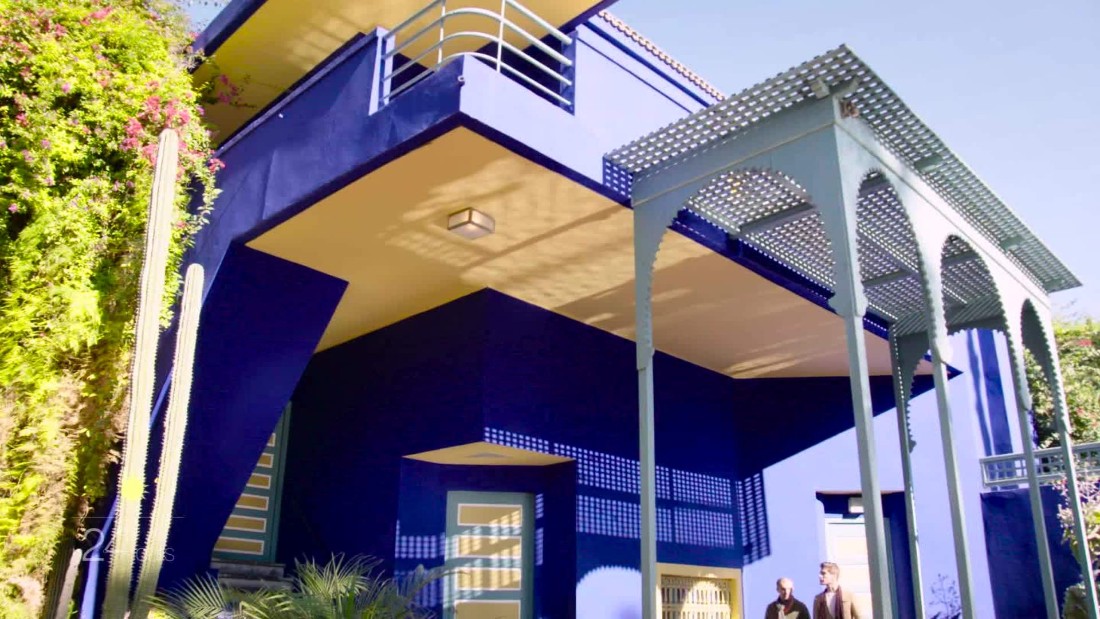 Like Majorelle, Saint Laurent, born in Oran, Algeria stood with one foot in France, the other in North Africa.
“Yves Saint Laurent and I discovered Marrakech in 1966, and we never left,” explains Pierre Berge, President of the Fondation Pierre Berge-Yves Saint Laurent and the late designer’s business and onetime life partner. “This city deeply influenced Saint Laurent’s life and work, particularly his discovery of color.”
Fierro concurs: “Immediately he was influenced by the local fashion, the local craftsmanship, colors, and really the garden and traditional Moroccan fashion.”
Saving the garden in 1980 bonded Saint Laurent to Marrakech even further.
“Every collection he did was designed and sketched in his house while he was staying here,” Fierro explains. “So really, it’s an exploration of Morocco and Marrakech is his work.”

If Saint Laurent’s “Le Smoking” suits had little in common with what you’d find in the souks, he took the silhouettes of the burnous (a form of cape) and the djellaba, translating them into designs adored by chic women the world over.
Read: The king with 100 wives
This cross-pollination will be on show at the upcoming museum. Two hundred outfits from a haute couture archive of 5,000 will be shipped from Paris to the Moroccan capital. Alongside the permanent Yves Saint Laurent collection will be a temporary space for exhibitions beyond YSL, as well as a seated area for concerts, film screenings and symposiums, along with a library of 5,000 books on fashion, Yves Saint Laurent and Berber culture. 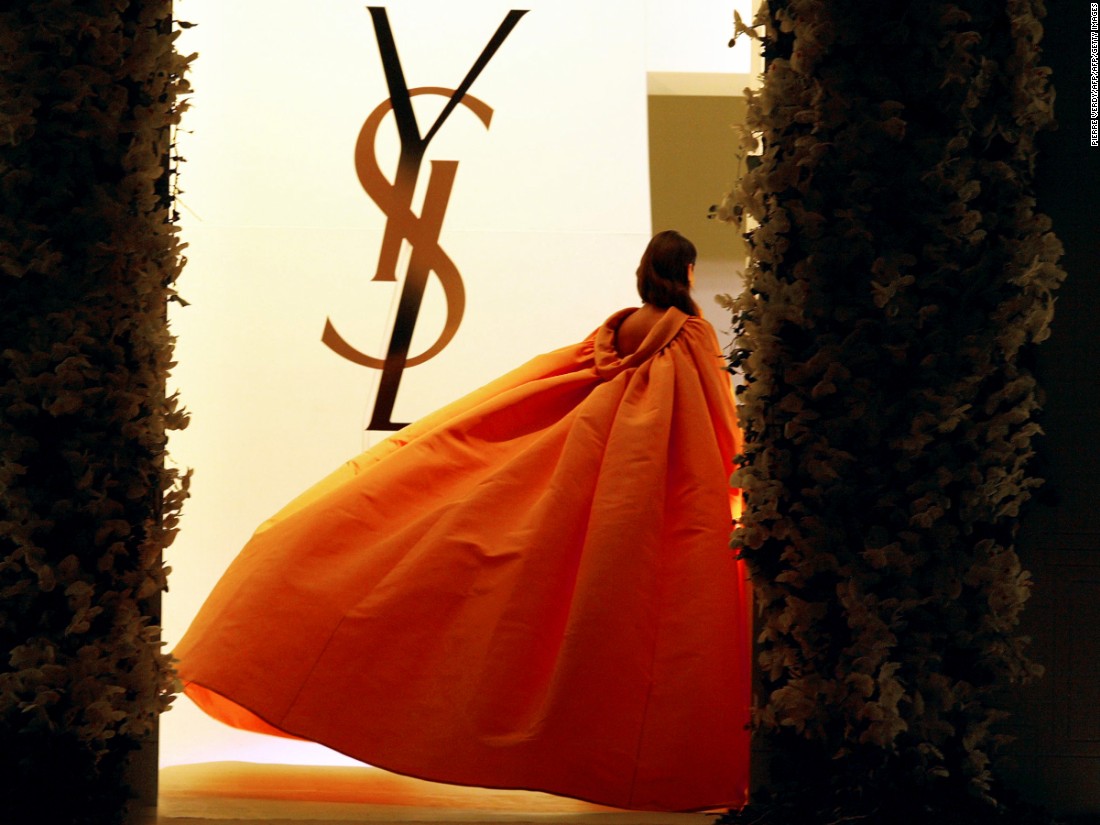 A cape inspired by a burnous at Saint Laurent last show in 2002.

“The museum could not have existed without the Jardin Majorelle,” says Fierro. For one, the garden’s profits — when not being used philanthropically — are financing the project, designed by Studio KO. 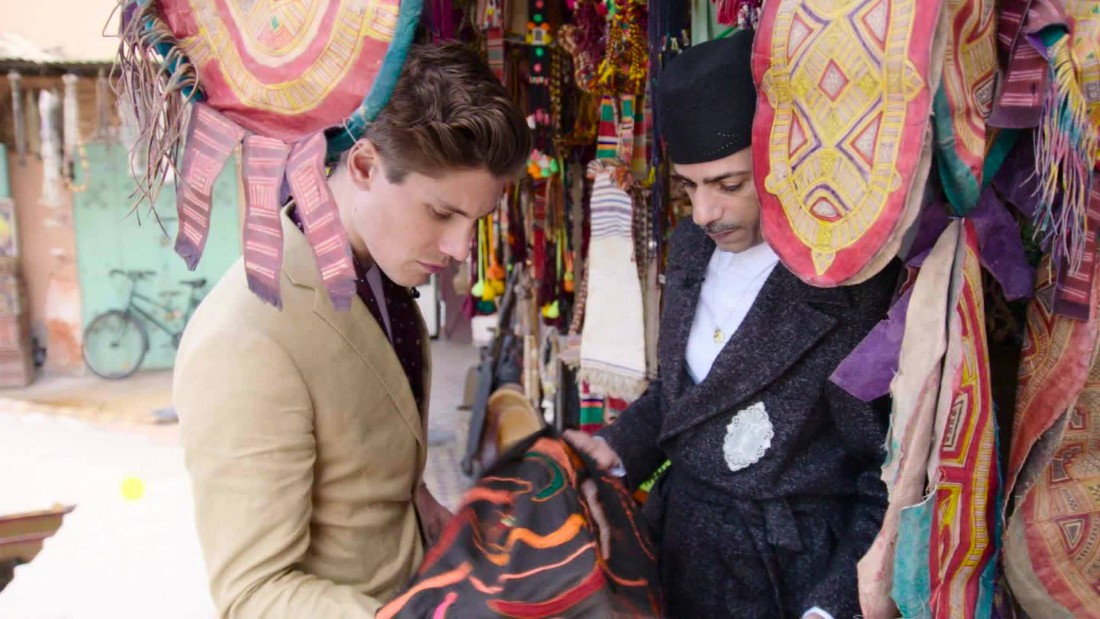 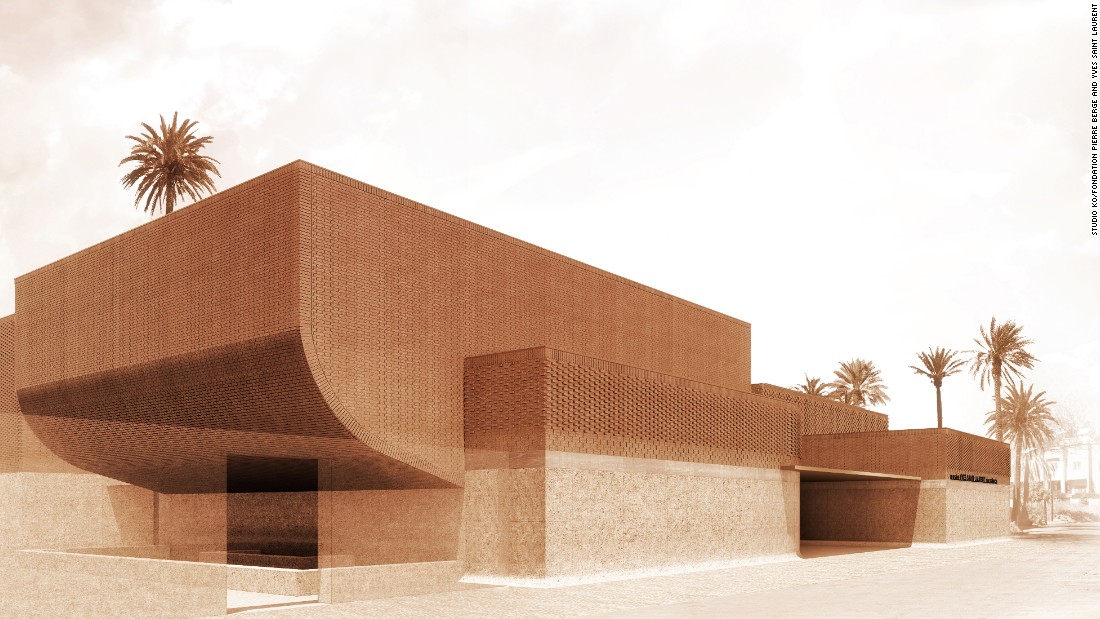 Its curvilinear shapes are near completion, set in a brickwork lattice not unlike Tate Modern’s recent Switch House — “like threads in canvas or fabric,” say the architects. Berge is impressed: “Their clean, uncluttered style recalls Saint Laurent’s work,” noting the firm’s shared passion for Marrakech, the region and its culture.
Yves Saint Laurent once quipped that “fashions fade, style is eternal.” The Jardin Majorelle’s assured status and the opening of Marrakech’s latest attraction appear to show Saint Laurent’s style — and legacy — remain in bloom.
Follow @CNNAfrica