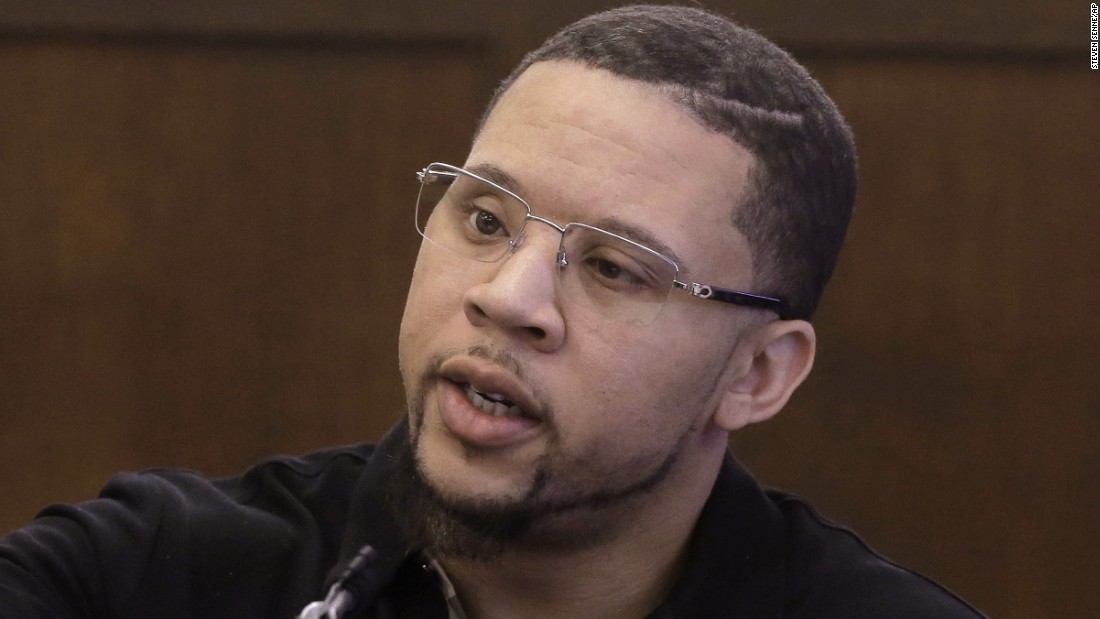 (CNN)The incident that prosecutors say led NFL star Aaron Hernandez to shoot and kill two Boston clubgoers was little more than a “splash” of a drink and a smirk, a former friend of Hernandez testified on Monday.

The entire confrontation lasted maybe a minute, the friend said. That was all it took.
That former friend, Alexander Bradley, provided a detailed account of the July 2012 episode during which prosecutors say Hernandez shot and killed Safiro Furtado and Daniel de Abreu while they sat in a car outside a Boston nightclub. Hernandez, the former New England Patriots star tight end, faces two murder charges in the fatal shooting of the two immigrants from Cape Verde.
In addition, Bradley testified that Hernandez became increasingly paranoid after the shooting, shot Bradley between the eyes seven months later in Florida and left him to die. But Bradley, who lost his right eye in the shooting, survived and vowed revenge.
Bradley’s testimony represents the most compelling and detailed account of the events before, during, and after the 2012 shooting.
In opening statements earlier this month, prosecutors positioned Bradley as the star witness, the “loose end” that reignited what had been a cold case. Hernandez has pleaded not guilty to the slayings.
Defense attorneys have responded that Bradley was a drug dealer, a liar, and a violent criminal whose testimony should not be trusted. Bradley received immunity from prosecution in exchange for his testimony at this trial.
Hernandez already is serving a prison sentence of life without the possibility of parole for the 2013 murder of Odin Lloyd, a semi-professional football player. He has appealed the conviction.

Bradley and Hernandez were “best friends,” Bradley said, and he often gave Hernandez marijuana.
On July 15, 2012, the two decided to go out to the Boston nightclub Cure. Before leaving for the club, Hernandez took a revolver and placed it under the hood of his silver Toyota 4Runner, Bradley said.
At the club, a man with braids bumped into Hernandez, spilling a few drops of his drink on the former NFL star.
That man, Daniel de Abreu, then smirked at Hernandez and danced away laughing without apologizing, causing Hernandez to become angry, Bradley said.
“I knew something was brewing,” Bradley testified. “He was just agitated, and I just knew what would happen.” 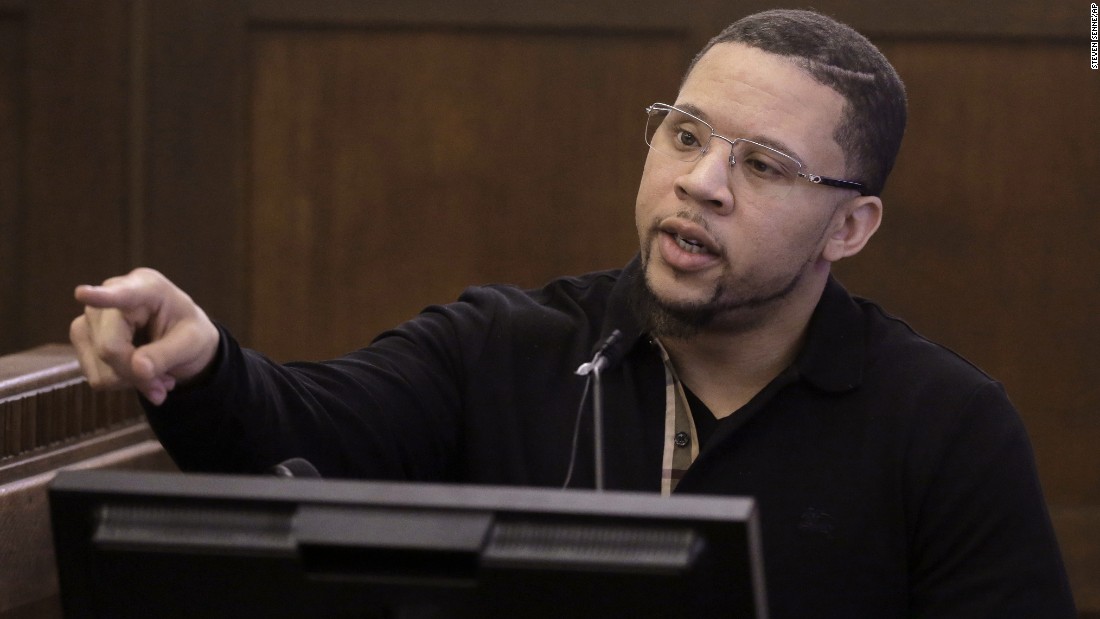 The two then left the club and moved to another bar across the street, he said. There, they again spotted de Abreu with his group of friends, and they believed they were being followed, Bradley said.
Hernandez said that he hated when people “try me” or “try to play me,” Bradley testified, so they left again.

After Bradley and Hernandez returned to their vehicle, Hernandez popped the hood and took out the gun, Bradley testified. Bradley, in the driver’s seat, drove around the club a few times until Hernandez spotted a BMW with de Abreu and other men inside.
“There they go, there they go,” Hernandez allegedly said to Bradley, urging him to follow. Bradley drove up next to the BMW at a red light, he said.
Hernandez then took out the gun and told Bradley to roll his window down and lean back in his seat, Bradley said. From the passenger seat Hernandez leaned across Bradley, stuck his arm with the gun out the window and yelled “Yo!” to the BMW, according to Bradley.
The occupants of the BMW did not react, so Hernandez yelled “Yo!” again, Bradley said.
“What’s up now, n****s?” Hernandez then said, and fired five shots into the vehicle, according to Bradley. 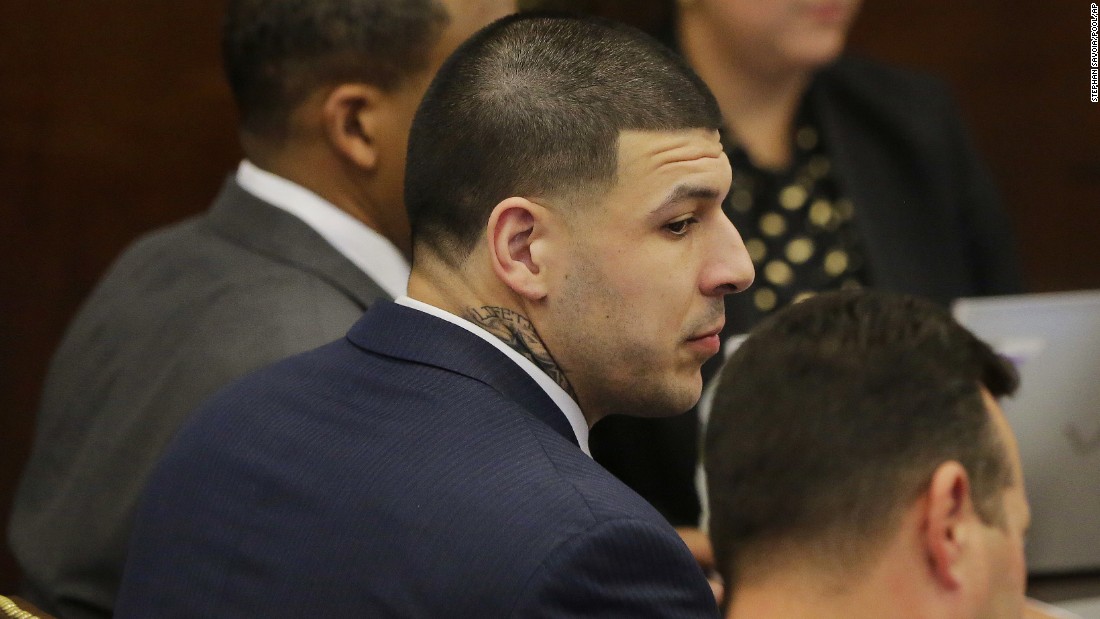 Bradley said they then drove away from the bloody scene and onto the highway. The two were both “panicked” and in a “state of shock,” Bradley said.
“I got one in the head, one in the chest,” Hernandez said, according to Bradley.
Hernandez then wiped the gun down with his shirt and threw it and the shells out of the window, Bradley testified.
“I remember him saying, ‘Don’t tell anybody,'” Bradley said. “He just said, ‘Don’t say nothing.'”

Hernandez became “extremely paranoid” after the shooting, Bradley said. He had a “no iPhone rule” among his circle of friends, thought helicopters were following him and feared law enforcement was on to him, Bradley said.
Hernandez and Bradley’s friendly relationship fell apart during a trip to South Florida in February 2013 to attend a Super Bowl party. At a bar, Hernandez pointed to some men who he said looked like police officers, Bradley testified. 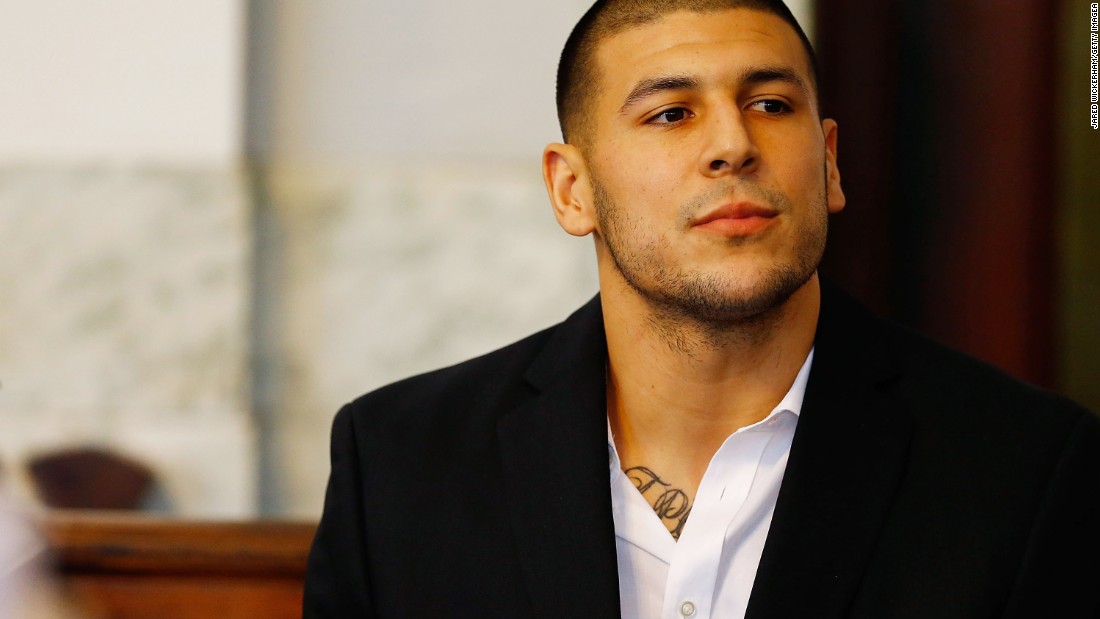 “If they are, it’s because of the stupid sh*t you did up in Boston,” Bradley said he told Hernandez. The comment caused Hernandez to become upset and walk away, he testified.
Later that night, Bradley rode home from the bar with Hernandez and other passengers, and they got into a heated argument, he testified. Later on the way home Bradley said he fell asleep in the car.
When Bradley woke up, he testified, he saw “Mr. Hernandez with a gun to my face.”
Hernandez shot Bradley between the eyes and then pulled him out of the car and left him to die, Bradley testified. In court on Monday, Bradley showed a large scar between his eyes and said explained that his right eye was a prosthetic.
The shooting occurred in an industrial park near Riviera Beach, Florida. At the time, Bradley told a man who came to his aid that “two black males” had shot him, and he refused to cooperate with detectives looking into the shooting.
He testified that he did not want to tell on Hernandez but instead “wanted to make it even.”
“I didn’t want to cooperate with police,” Bradley testified. “I wanted Mr. Hernandez’s life.”
Hernandez also is charged with witness intimidation in Bradley’s shooting.