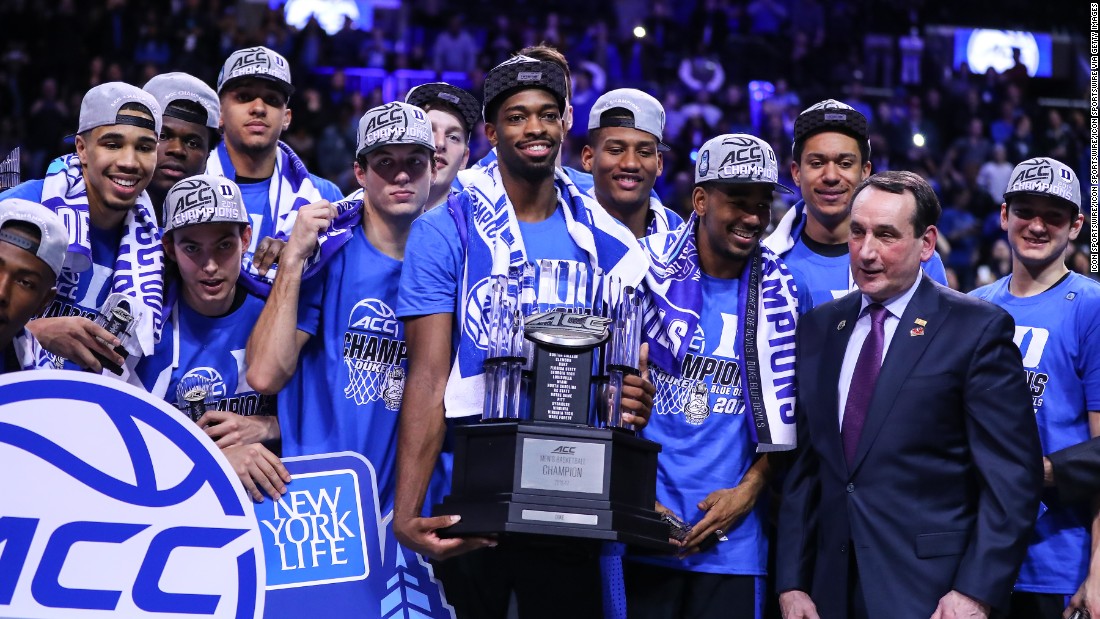 (CNN)March Madness is in full swing and a multitude of men’s NCAA tournament first-round games tip off Thursday and Friday across the country. Two of the title favorites come from North Carolina — the Duke Blue Devils and North Carolina Tar Heels.

But no NCAA tournament games will be held in North Carolina this season because of the state’s “bathroom bill.”In September, the NCAA announced it was moving previously awarded championship events from North Carolina during the 2016-17 academic year. 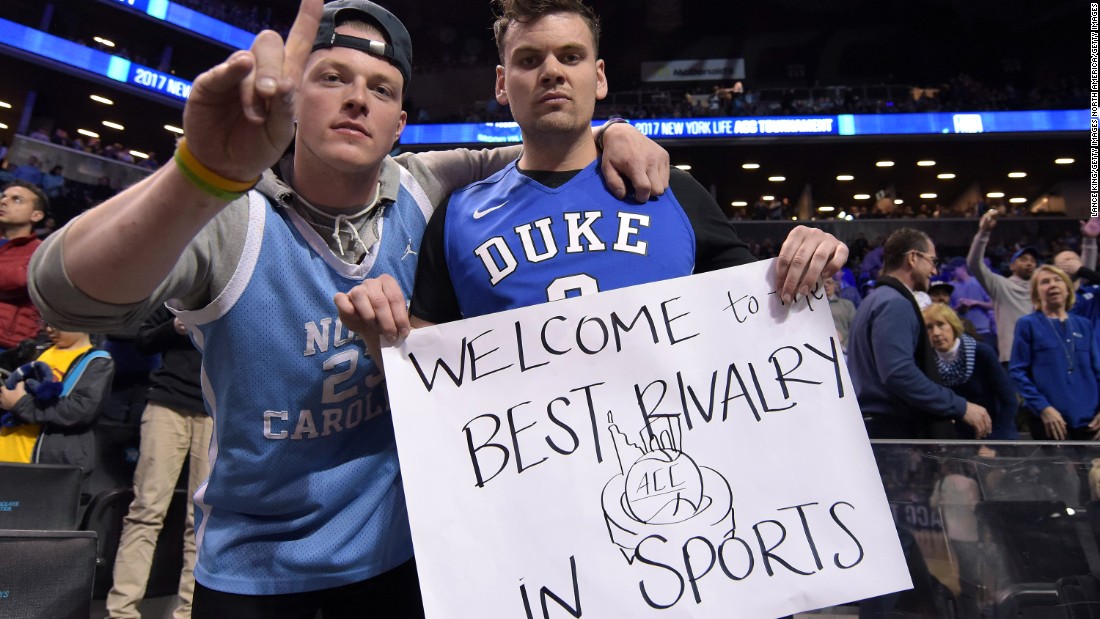 The affected events include this year’s Division I Men’s Basketball Championship first and second rounds that originally were scheduled to be held in Greensboro on Friday and Sunday. Instead, those were relocated to Greenville, South Carolina, about 190 miles away; the NCAA announced that decision in October. 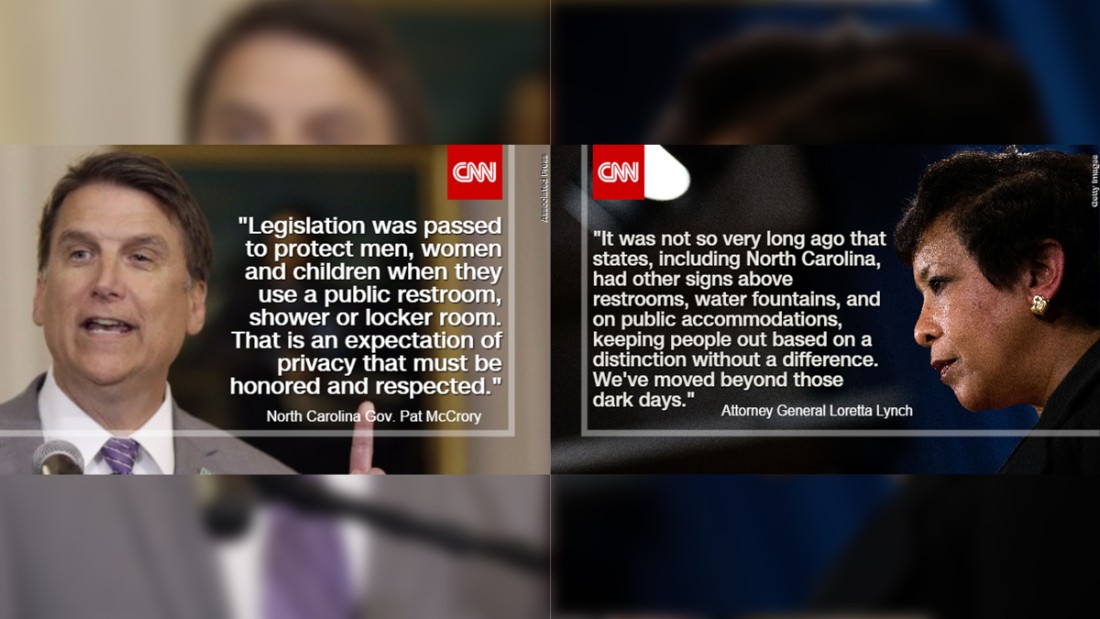 North Carolina, the top seed in the South Region, faces No. 16 Texas Southern at 4 p.m. ET at Bon Secours Wellness Arena in Greenville on Friday. Later that day, Duke, a No. 2 seed in the East Region, is scheduled to face No. 15 seed Troy at 7:20 p.m. ET at the same location.
North Carolina’s HB2 law was enacted in March 2016. It bans people from using public bathrooms that don’t correspond to their biological sex as listed on their birth certificates. It also reserves to the state government the right to pass nondiscrimination legislation, saying state laws preempt any local ordinances.
Legislation has been filed that would repeal the measure and expand LGBT protections, and Gov. Roy Cooper has called on the legislature to repeal the law.

South Carolina back as a host site

South Carolina had been banned from hosting NCAA championship events until recently. In 2001, the NCAA boycotted hosting any championships in the state because the Confederate flag was flying on Statehouse grounds in Columbia.
The flag was removed in July 2015, the month after nine people were were shot and killed inside the historic Emanuel African Methodist Episcopal Church in Charleston. Gunman Dylann Roof later became the first person convicted of a federal hate crime to get receive the death penalty. 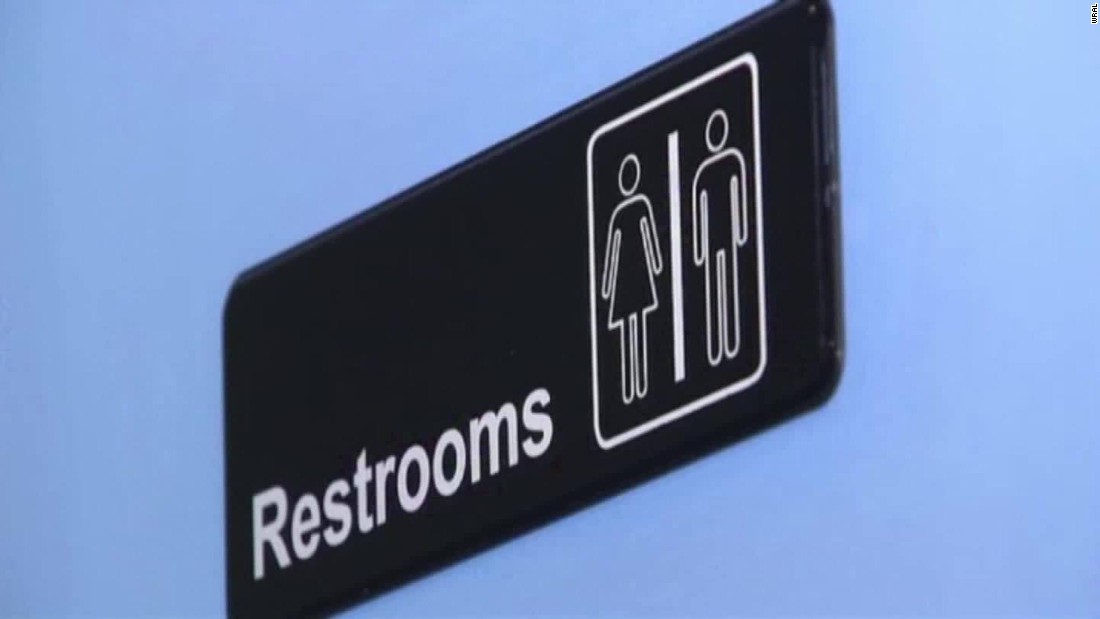 “This step sends an important message of respect for and dignity of every person,” NCAA President Mark Emmert said when the flag was removed.
“As a national association, the NCAA opposes this symbol of racism, and since 2001 we have demonstrated our opposition by not playing pre-selected championships in states where the flag was flown prominently. The removal of the Confederate flag now means that South Carolina can bid to host future NCAA championships.”
This is the third time a portion of the Division I Men’s Basketball Championship will be played in South Carolina. Greenville last hosted the first and second rounds in 2002.

The North Carolina HB2 law has caused a considerable backlash. In addition to the NCAA moving championship events out of the state, the 2017 NBA All-Star Game, which was held in February, was moved out of Charlotte to New Orleans.
When the NCAA announced in September it was moving previously awarded championship events out of North Carolina, it listed the following factors: 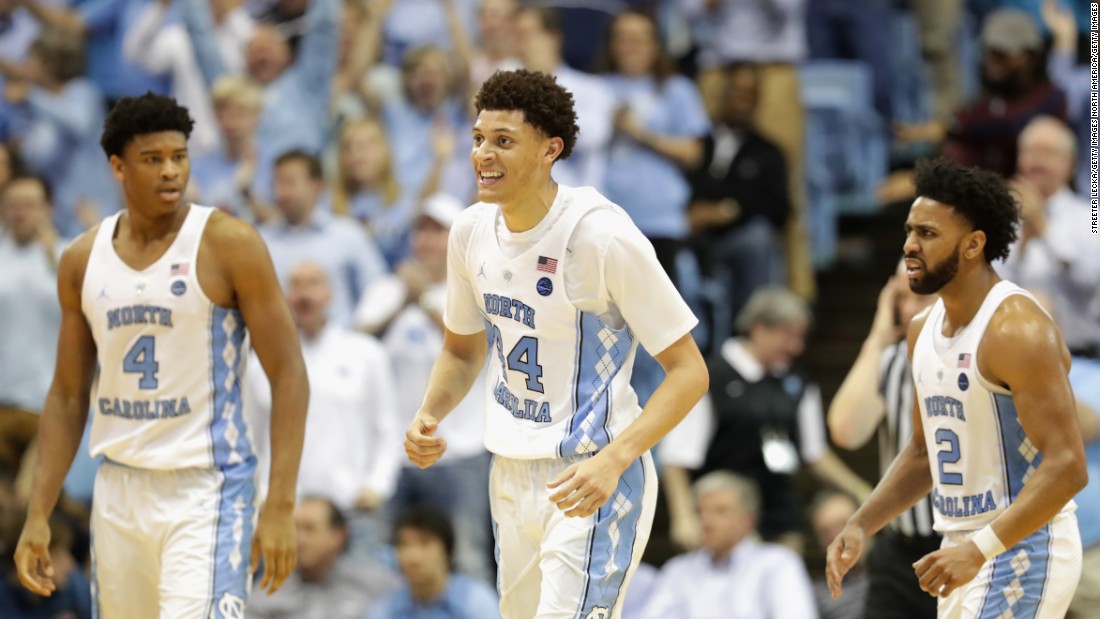 “When the Board of Governors moved championships from North Carolina last year, it was a clear response to state laws that local communities admitted would make it difficult to assure that our events could be held in an environment that was safe, healthy, and free from discrimination for all those watching and participating in our events,” the NCAA said in a statement released this week. “Our constitution and values commit us to respecting the dignity of every person. Our decisions reflect those values and our principles have not changed.”
The bidding process for future NCAA championship sites closed in August. The organization expects to announce site selections for the 2018-19 through 2021-22 championship seasons in April. Cities submitting bids for those championships also had to complete an anti-discrimination questionnaire.
The NCAA bans championships in states where governments display the Confederate flag or authorize sports wagering and at schools that use hostile and abusive Native American imagery.
In addition to Greenville, this year’s men’s NCAA tournament first- and second-round sites are Buffalo, New York; Milwaukee, Wisconsin; Orlando, Florida; Salt Lake City; Indianapolis; Tulsa, Oklahoma and Sacramento, California.