Every day, hard-working men, women, and lizard people go about their business buying and selling goods and services. For the most part this is a grand old testament to the wonder of commercialism and capitalism, and we’re so good at it. Yesterday I bought trout, tube socks, and a can of Cherry 7Up. It was so dope I nearly whipped it out and celebrated with a congratulatory fap right then and there. But are all business interactions so bonerrific? Not so, good friends. Some suck sour frog ass.

The question that has plagued humankind since the invention of the bed has been: “Why do all my sex stains dry into alien murder scenes?” The other question that pops up frequently is why the hell are mattresses so expensive?

Mattress companies talk a lot of smack about memory foams and comfort pods and taint-massage technology, but is anyone buying that? The fact is, a mattress is a fairly large pillow with springs in it and probably contains maybe $10 worth of materials that took a guy who drinks whiskey for lunch about 30 minutes to assemble in a warehouse somewhere in the Midwest. 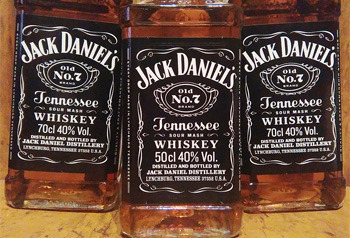 “After assembly, we quality test each one by sleeping off the hangover.”

According to Consumer Reports, mattresses have the biggest margins in the furniture store, up to 50 percent, because of course they do. Unlike literally every other piece of furniture you buy, no one gives a shit what a mattress looks like. Maybe you want fancy down filling or something, but the outside is going to be the same ugly-looking mattress that the rest of us have, which means shopping for a mattress should be the easiest thing ever. You tell the guy what size you need and just buy the next one in line.

Unfortunately for you and me, that’s not how mattress buying works. You have to wade through a mire of B.S. about sleep scores and lumbar support and assorted other irrelevant crap when all that matters is whether you sink into it and will go into debt buying it. 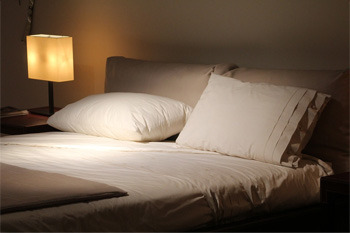 What’s the point of a high-end bed if thinking about your credit score keeps you up at night?

The difference between a $1,000 mattress and a $2,000 mattress is the $1,000 you wasted and maybe the coils inside are wrapped in a slightly more expensive material. Hell, maybe you even got an extra inch or two of padding. But it’s stuff you’re not likely to notice after sleeping on a mattress for a year or so, because by that time it’s just a sponge with a you-shaped indent inside of it that smells a little off and has at least three stains on it you’d be embarrassed for anyone else to take too close a look at. Pro Tip: Try to aim your jizz off the side of the bed so you only ruin the carpet; who gives a fuck about the carpet?

The bed you buy should come with a mattress included because it’s the part of the bed you need. What good is a frame with nothing on it? Why do you make me buy these two shitty things separately? To draw out the hate? It’s like that scene in Star Wars when the Emperor cheers on Luke’s hate in a way that sounds vaguely sexual, like if he had the opportunity he’d go hate-fuck a bowl of tapioca when he was done. That’s what mattress salesmen do. Gross.

What’s the oldest pair of shoes you own that you actually wear more than twice per month? I have some fancy-boy shoes I’ll wear to your funeral, but those get very little wear, as do my resplendent dancing shoes. Of the shoes I do make a habit of wearing, I think my oldest pair ever was perhaps five years.

It’s OK that a shoe breaks down; it’s the part of your wardrobe meant to protect you from rocks, poop, and the dreadful sensation of nature touching your flesh. So in time your all-leather uppers and all-synthetic lowers will fall apart like a family band. In time. But why are so many shoes designed not from hearty leather or even that plastic everyone says is never going to biodegrade and instead assembled from the diseased flesh of those who shun the light and maybe some kind of third-rate, melamine-infused canvas that couldn’t hold in a handful of queefs, let alone a human foot? “You’d actually get better arch support from the queefs than me, honestly.”

I was in a bind recently and had to buy some shoes at Walmart. Yeah, I know, you can tell me that’s what I get for shopping at Walmart, but that’s not fair to me or Walmart. Me because the shoes were $40 and I could have used that on tacos, and Walmart because why the hell does the store exist if all they’re going to do is shovel shit on my feet and tell me they’re tulips?

The other asstastic aspect of any shoe experience is the full knowledge some wank-encrusted weirdo probably had that shoe on before you put it on. We haven’t evolved as a species yet to a point where I can buy a shoe and guarantee it’s new and clean. I have to roll the dice and hope the last guy didn’t have that disease that makes him look like Groot. No offense to the Groot Men, either; your life is hard enough without someone like me wishing you weren’t buying shoes ever, but imagine if you put your Groot foot in a shoe that some guy with foot herpes had just had on and now your tree foot is all enherpulated. That’s fucked up. That’s how I feel when I buy shoes. And it’s compounded by the fact that I know the stupid shoes aren’t going to last more than six months if I bought them from Walmart.

Here’s the point in the comments where one guy who had a pair of Walmart shoes that lasted 10 years chimes in, because he lives in a bubble of unique fuckery and his anecdote models his entire worldview for him. Let me save you the trouble, 10-year-Walmart-shoe guy: Your shoes lasted that long because no one ever calls you to go anywhere because you’re the kind of guy who says shit like that in the comments. Your shoes are still pristine in the box and no one likes you, especially me, but especially everyone else who had to read your comment after I already wrote it here, you repetitive jackhole. Throw your shoes away this instant and become a useful member of society or I will send Adam Brown to find you and deal with you in a most unpleasant way.