CBS passed on the show during the pitch process. NBC saw the first pilot, an episode called The Cage starring Jeffrey Hunter as Captain Christopher Pike, and rejected it. The network asked for another pilot, but creator Gene Roddenberry was already working on other projects, including a cop show calledPolice Story. And even though NBC asked for a second pilot, the shows studio, Desilu Productions, didn’t want to pony up any cash to make it.Star Trek, it seemed, would never make it to air.

But it did. Lucille Ball, who co-founded Desilu with her then-husband Desi Arnaz, agreed to help finance a new pilot over the objections of her own board of directors. A new episode—”Where No Man Has Gone Before,” starring William Shatner as James T. Kirk—was filmed, NBC picked up the show, andStar Trekeventually hit American living rooms on Sept. 8, 1966.

But what if it hadn’t? What if NBC hadn’t wanted another pilot? Or if Roddenberry had been too busy producing the first season ofPolice Storyto make one? In that mirror universe, the next 50 years of sci-fi TV and movies look much different. So does the cultural breadthof television casts. So does your yearly pilgrimage to Comic-Con International. Our lives would be very different withoutTrekand we almost didnt get it.

Science Fiction About Us

Even trying to imagine a world without Star Trek is like visiting an alternate world as weird as any planet the Enterprise ever voyaged to. And, obviously, its impossible to prove a counterfactual, especially one about a show that has now had so many incarnations in TV, film, and other media. But the fact of the matter is even though the Space Age was in full swing in the mid-1960s and shows like Irwin Allens sci-fi hitsVoyage to the Bottom of the SeaandLost in Spacewere getting attention, nothing as smart and sprawling asStar Trekhad ever been seen before. WhereLost in Spacewas a kid-friendly show that aired at 7:30 p.m., Roddenberrys show was a more mature version of sci-fi, one that aired in a more adult-oriented timeslot.

And if that second Trek pilot hadn’t happened for whatever reason, NBC might have filled the gap with another goofy Irwin Allen show. The network did, after all, consider picking up two Allen productions in the late 1960s: Man From the 25th Century and City Beneath the Sea. But based on interviews with over a dozen experts, one truth emerges: If Gene Roddenberry hadn’t been willing to fight for his show, and Lucille Ball’s studio hadn’t been willing to take a chance on it, nobody else might have been able to make something as visually and intellectually ambitious as Trek.

I think a lot of the other science fiction of the day was more fear-oriented: ‘Look at this crazy alien.’ It was one-dimensional science fiction.Eugene ‘Rod’ Roddenberry

“I think that Star Trek emerged from a unique convergence of very special talents, and it is very possible that in their absence, nothing of a similar quality would have appeared,” says science fiction scholar Gary Westfahl, author of The Mechanics of Wonder, adding that it’s easy to imitate the pulp 1930s space-opera of E.E. “Doc” Smith (as George Lucas and others later did), but vastly harder to imitate the more mature space adventures of Robert A. Heinlein (the way Roddenberry did).

And that’s really the crux of what madeStar Trekdifferent, especially for American TV of the time: It showed space exploration as a serious endeavor, oneundertaken bya crew of professionals. That vision had existed in print science fiction for years, but it was extraordinarily difficult to bring to the screen.

“He made a science fiction series about humans, about us,” Eugene “Rod” Roddenberry says of his father. “I think a lot of the other science fiction of the day was more fear-oriented: ‘Look at this crazy alien. Look at them attacking us.’ It was one-dimensional science fiction.”

However, the most influential science fiction TV show is notStar Trek—it’sThe Twilight Zone. According to J.P. Telotte, author of the bookScience Fiction TV, Rod Serlings groundbreaking anthology show proved that science fiction could be something more serious and connected to the real world, and in the process madeStar Trekpossible. But whereTwilight Zoneraised thorny issues,Trekbecame part of the national conversation about racism and the Vietnam War, all while reinventing the space opera.

And while sci-fi had a huge year on the big screen in 1968 with the release of both2001: A Space OdysseyandPlanet of the Apes, neither film hadmuch impact on television—and definitely not the impactStar Trekenjoyed. In fact, withoutTrek, live-action sci-fi might have drawn primarily fromPlanet of the Apes, suggests science fiction scholar Henry Jenkins. In that case, it would have been a bit goofy and larger-than-life, though much less campy thanLost in Spaceat its worstcarrot peoplemoments, says Jenkins.

Without Star Trek, the main model for sci-fi might have been Planet of the Apes.

In the UK, science fiction was already blossoming on TV:Doctor Whohadlaunched a few years prior,andThe AvengersandUFOwere both heading to telly. But when it comes to elevating the profile of sophisticated space dramas in the States,Trekwas key. And, thanks to reruns, it remainedthe polestar of the genrethrough the 1970s. It wasn’t until 1987, whenStar Trek: The Next Generation arrived, that small-screen sci-fireallybegan to proliferate.

The economics of television changed fundamentally in the late 1980s, thanks in large part to the rise of cable TV and direct-to-syndication programmingboth of which helped break the three-network strangleholdthat had preventedStar Trekfrom thriving, says Manu Saadia, author ofTrekonomics. And while the ensuing boom might have happened withoutTNG, theres no doubt the adventures of Captain Jean-Luc Picard and crewhelped inspire that wave. “The resurgence in SF TV that began withTNGwould have likely been very differentor even non-existent” withoutStar Trek, says M. Keith Booker, co-author ofThe Science Fiction Handbook.

WithTNG,Star Trekproved that its real draw was just its expansive universe, full of different creatures and cool story ideas. By adding more TV shows, includingDeep Space NineandVoyager, to its legacy,Trek“started a ball rolling that has gotten bigger and bigger,” says Telotte, and the sheer wealth of material in various media “makes it hard to avoid theStar Trekinfluence.”

Without the originalStar Trek, filmed science fiction might be pretty different. But withoutThe Next Generation, its almost impossible to imagine what television might look like now.Babylon 5.X-Files.Battlestar Galactica.Firefly.The Expanse.Would allof these shows have emerged from the ether? Possible—but not likely.

Would There BeStar WarswithoutStar Trek?

As important asStar Trekwas, screen-based sci-fi really divides into two eras: BeforeStar Warsand AfterStar Wars. George Lucas’ space fantasy gave rise to a whole explosion of space operas. AndStar Warsdid more than any other movie to give us the model for tentpole action films. But even Lucas’ galaxy far, far away isn’t too distant from the final frontier. 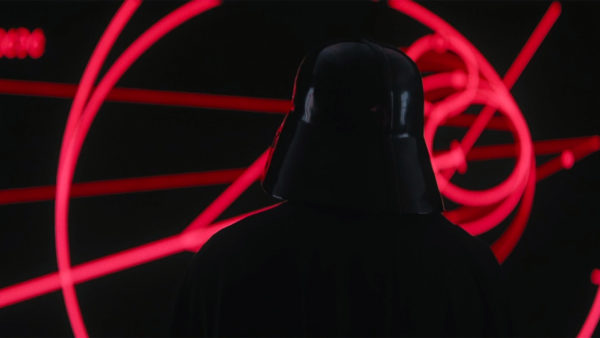 Of course, Lucas originally wanted to make aFlash Gordonmovie but couldn’t get the rights—so his influences were much older thanStar Trek, and it’s very possible Lucas would’ve made his movies without the show’s influence.Hemight still have asked King Features for the rights toFlash Gordonin 1971, and still might have ended up writing endless drafts of his space opera. But Lucas has admitted he watchedStar Trekreruns while writing his movie, notes Chris Taylor, author ofHow Star Wars Conquered The Universe.

In fact, the initial spark forStar Warscame while Lucas was at USC—when the show was first on the air.Lucas saw all those static, submarine-style battles inStar Trek, and dreamed of a space adventure with dogfights instead. Maybe withoutStar Trek, Taylor says, Lucas never would have kept “searching for that vital sense of movement.”

Its also possible that without the burgeoningStar Trekfandom of the 1970s, 20th Century Fox would have been less interested in giving Lucas money for his film. But in that case, some other director would have made a giant space fantasy movie, because lots of directors were interested in the notion at that time. “Maybe Spielberg would have turnedClose Encountersinto a space-bound trilogy,” Taylor adds.

A Whole New Era of Fandom

One of the hardest scenarios to imagine is what science fiction fans would look like withoutStar Trek. “Star Trekproved to be a watershed event in the development of modern fandom,” says Jenkins. And it wasnt just because the show had hardcore devotees—it was because the show cared about them. Gene Roddenberry showed the pilot at WorldCon, and collaborated with fan campaigners like Bjo Trimble on the letter-writing campaign that keptTrekon the air.

Isaac Asimov remembers casually walking over to the first Star Trek convention in the 1970s, expecting it to be a relatively small affair for maybe a few hundred fans at most. But when he got there, he was surprised and delighted to see thousands.Lisa Yaszek, author of Galactic Suburbia: Recovering Womens Science Fiction

Fans had been active in creating and shaping science fiction since the days of Hugo Gernsback, butTrekwas the first big media franchise to engage fans in that way—and the fans reacted in kind bycreatingmedia-oriented conventions of their own.“Isaac Asimov remembers casually walking over to the firstStar Trekconvention in the 1970s, expecting it to be a relatively small affair for maybe a few hundred fans at most,” says Lisa Yaszek, a Georgia Tech professor and author ofGalactic Suburbia: Recovering Womens Science Fiction. “But when he got there, he was surprised and delighted to see thousands of fans patiently waiting to get into a venue that, as it turned out, was far too small to accommodate everyone there.”

And meanwhile,Star Trekgave a hypospray full of adrenaline to writers of fan-fiction. In particular,Trekcreated a whole new genre of fiction, “Kirk/Spock” stories (or K/S for short). These stories, in which Captain Kirk and Mr. Spock take their relationship to amore romantic level, helped launch a whole wave of “slash” fiction that remains important today, says science fiction novelist Gwyneth Jones.And just as women felt empowered to write stories about love affairs between Kirk and Spock, they also became key members of theStar Trekfan community in general. “Star Trekseems to have attracted more women to science fiction than any other speculative book, film, or television show, Yaszek says.

Beyond science fiction,Star Trekalso brought a lot more women (and men) into plain ol’ science. WhileTrek gets credit for inspiring gizmos like iPads and medical scanners, it gets far less credit for the amount of people it energized to pursue fields like space explorationespecially women and people of color, who saw a diverse crew and realized that they, too, could go tothefinal frontier. The presence of Lt. Uhura on the bridge, for example, famously inspired Mae Jemison to become the first black female astronaut in the US space program. 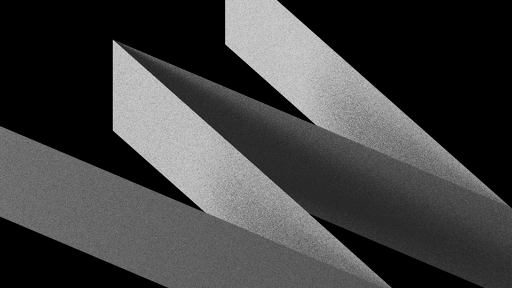 “Throughout my life, I have heard so many people, from so many different areas and professions, say thatStar Trekinspired them,” says Roddenberry.

Its not just thatStar Trekshowed science being coolit showed scientists as decent people. “It made a difference that the crew of the Enterprise were trying to be ethical space explorers,” says Jones. “Young people often want to be good guys.” The combination of diversity and idealism was transformative, and helped draw all sorts of young people into science.Star Trek“really did open doors, in the minds of a generation,” says Jones.

And even more than attracting people to science,Star Trekhelped change how people thought about exploration and discovery. At a time when most science fiction was pessimistic—a lot of 1970s sci-fi, in particular, was post-apocalyptic or dystopian—Star Trekinsisted that we were going to move past racism and greed, notes Christine Mains, who teaches about science fiction at Mount Royal University.

“We were going to unite as a planet and move out into space and meet strange and alien life as potential friends, instead of as natural enemies. That’s the life lesson I won’t forget,” Mains says. “At a time when we were all worrying about the Cold War and impending nuclear devastation,Star Trekshowed us a possible future that was worth looking forward to.”

And its hard to imagine that we would have gotten all that fromPlanet of the Apes. 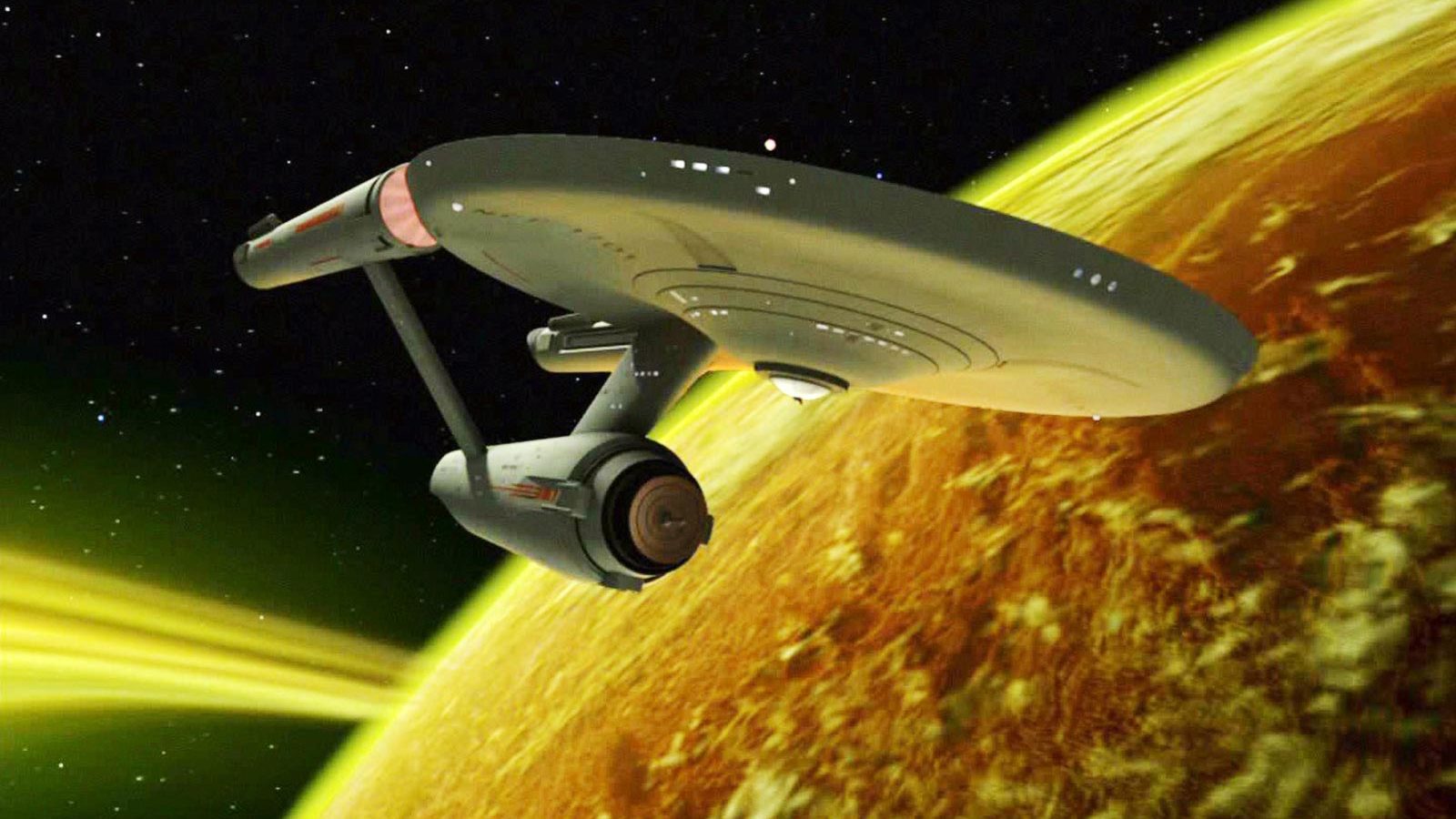