I cant believe its already been a whole week since the last episode of . I guess time really does fly when your entire country/life has gone to shit.

Lisa and Nappy the dog (and Ken) meet most of the Survers in some room where I assume P!nk threw up. Apparently its World Dog Day. Thats cool and all, Im just glad Ive already seen 2 puppies less than 1 minute into this episode.

Katie: I wanna work for Lisa so I can learn how to put events together and be successful

Don’t you have an event coming up? Like a wedding or something?

Theres no alcohol allowed at this even so Jax is like Its a no from me dog.

Scheanas breaking out the gray color contacts like its 2008.

Im calling it now, Jax is trying to get Brittany to dump him because hes too much of a pussy to do it himself. Pun intended, mothafucka.

I thought vodaspa was vodkaspa and for a minute I was like MY HOMELAND!

The Toms continue to be metrosexual af. Are they getting a couples massage? What is happening?

Katie goes over to Stassis. Stassi says Summer bod not on fleek. Somebody has got to teach these people the new slang. Get with the fucking times.

Stassi: This is my first apartment that my boyfriend or dad isnt paying for.

Stassis a real adult because she went to Home Depot and picked out a paint swatch. Let the record show that her apartment is WHITE.

Stassi: So like Im your maid of honor right?

… You just became friends with Katie like, a month ago. Chill.

Katie: I hope this doesnt become the Hunger Games of whos gonna be my MOH.

Thats exactly what its gonna turn into.

This split screen between Tom Squared and Stassi and Katie is basically every male-female communication issue in a nutshell.

How exactly does this couple of servers have 50 grand to blow on a wedding? I dont even have $50 to spend on a blowout tomorrow (true story), and Im salaried. Damn it, I’m in the wrong line of work.

James: Lisa wants me to apologize but like, Katie fat and Scheana get a nose job so like, Im not wrong.

Scheana thinks disingenuine is a word, did anybody else catch that? A for effort but F for execution.

Lalas mom is not a regular mom, shes a cool mom. Lala talks to her mom 4 times a day, and this is why you need friends, kids.

This giant game of telephone around the restaurant is the most hilarious thing to ever happen on the history on this show.

Like, I dont believe for one second that Kristen ate Brittany out, but the fact that nobodys really outright denying it is kind of suspicious and strange.

Jax: Is this going to be the topic of conversation all summer long?

Yeah because you went and told everybody. You dont get to act fed up now.

Jax: This is LA, shit happens, get over it.

BRITTANY, DUMP HIM. FOR THE LOVE OF GOD, DUMP HIM.

When you put prescription lenses in the giant glasses they hand out at bar mitzvahs:

Brittany and Jaxs argument is a game of whos gaslighting whom? My moneys still on Jax. Now would be a great time for the Bravo cameramen to come through with the receipts.

Where the fuck is Kim when you need her?

Katies talking about her bridesmaids gifts while Tom visualizes different ways to kill himself.

Tom lives in a fantasy world where wedding photographers cost $400.

Tom: I thought wed spend like 10 grand, that seems reasonable.

When did you think you were getting married, 1960?

This venue looks pretty lame, if you ask me. It just looks like some randos house in the middle of the woods. Can I offer up my parents’ house and get paid a cut of this fictitious $50K?

Tom: Now that Ive spent all my life savings on this venue now would be a great time to talk about a prenup.

Katie: I dont know what type of assets Tom is trying to protect with this prenup.

Well considering yall just put down 5 grand on a venue, one of you has to have some assets. I hope.

Katie: The only assets Tom has is like, thousands of dollars in sweatpants and Ninja Turtle action figures.

^When two people who evidently dont know each other very well at all get married.

Tom: OMG I love when Katie is acting logical, it gets me so hot.

Tom basically called Katie bat-shit crazy. But I wish you two a lifetime of happiness and all.

Last summer James apparently released his new single with Lala that none of us heard about. Safe it say it topped the charts.

I looked it up on Youtube and it only has 50,000 views. And James raps on it. So my earlier point about it topping the charts stands for sure.

James: I honestly feel like I could be playing Coachella.

I lied, THIS is the funniest thing to happen in the history of .

Lala blaming her acting like a vicious bitch on being hungry is me af.

These people walking around with dogs selling raffle tickets have the easiest jobs in the fucking world.

Apparently last night James fought with some rando the night before and got put in a headlock. Why am I not shocked.

James: Im sorry people are so jealous of me, but I cant help it if Im popular.

WAIT. WE HAVE TO TALK ABOUT SANVDOVALS HAIR. 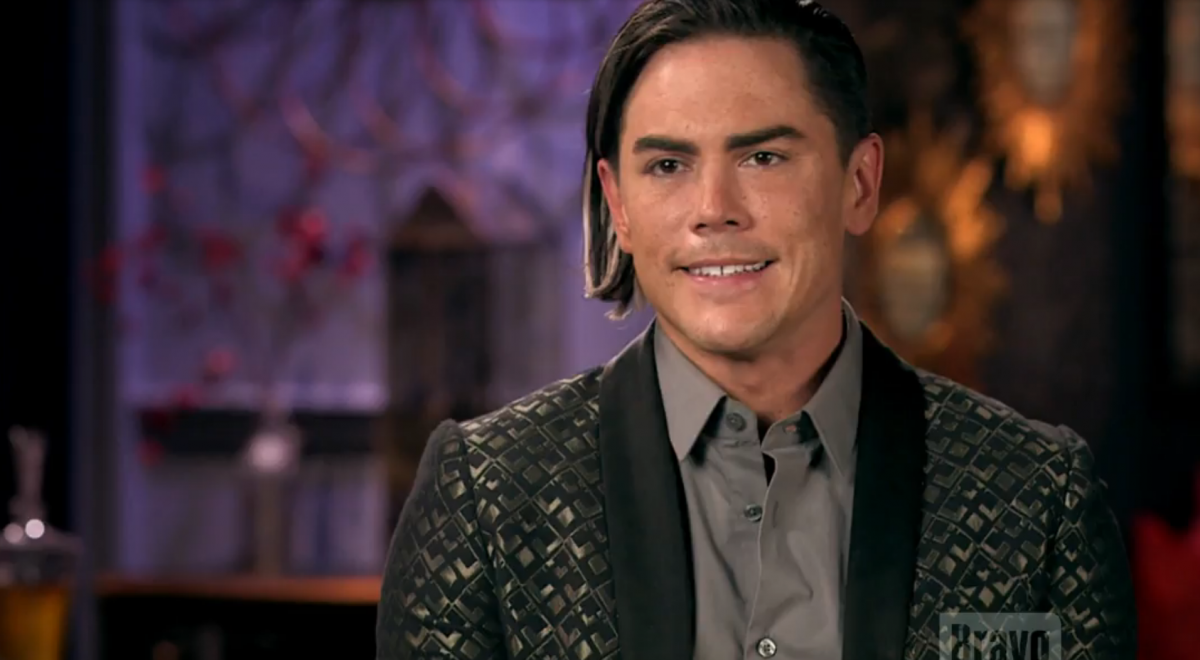 What the fuck is that shit? Whos your hair stylist, Stacy London?

James: I dont wanna sound cocky but Im young, Im hot, and I’m a DJ in LA so #Winning

James: Will the owner of a Toyota please come up to the stage? We found your keys.

This show deserves a fucking Emmy.

Shouts out to Lisas friend Lance Bass, who definitely did not pay for this promo at all.

James is sounding like a paranoid schizophrenic rn. Everyones out to get me, Lisa. Theyre jealous.

Stassi: This is the most amazing thing anyones ever done, Lisa. Im so proud to know you.

OK, calm down with the dick riding.

Tom Schwartz: Yeah Im so excited about getting married. So pumped I think about killing myself every waking minute, but yeah. So pumped. Cant wait.

Jax is like Everyone needs to stop butting their nose into my relationship which is easy to say after you spread a rumor damaging your own relationship. Like, do you even have a brain? Not a rhetorical question. Please tweet us to let us know.

Ooo Kristen called Jax Jason, its about to be lit.

K that argument accomplished a whole lot of nothing. Can’t wait till next week! Will we ever get to the bottom of #HeadphanieGate (yeah, I remembered)? Probably not.