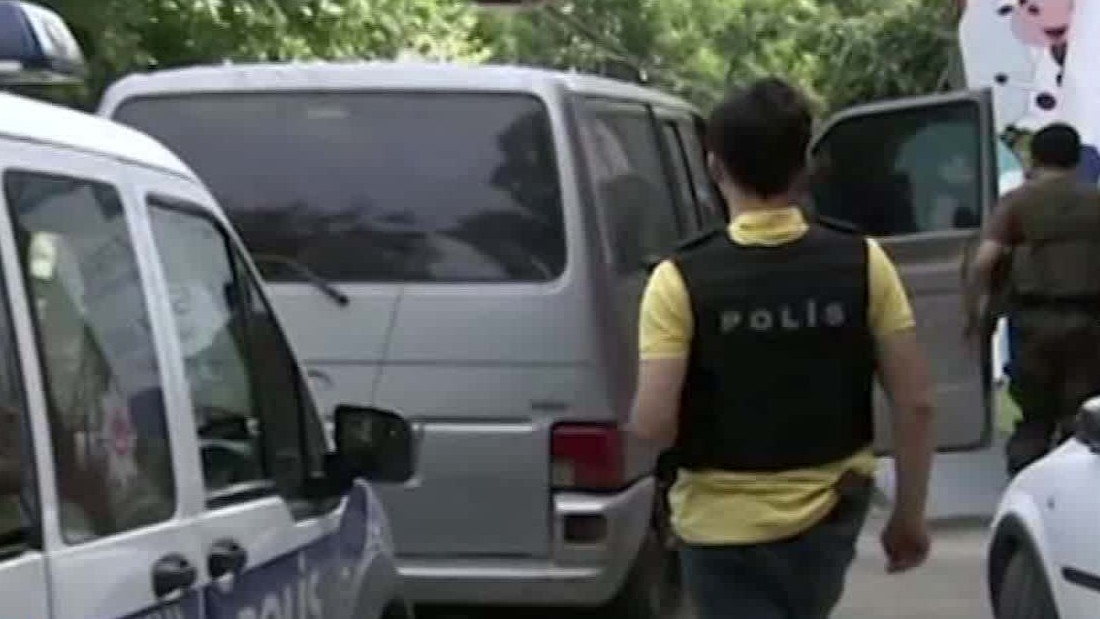 (CNN)The US government has ordered all civilian family members of its Istanbul consulate staff to leave Turkey because of increasing threats from terrorist organizations, according to a travel warning issued Saturday by the US State Department.

“The Department of State made this decision based on security information indicating extremist groups are continuing aggressive efforts to attack US citizens in areas of Istanbul where they reside or frequent,” the warning said.
The warning goes beyond the one issued Monday that urged Americans to avoid traveling to southeast Turkey, especially urban centers near the Turkish-Syrian border, because of recent terrorist attacks.
Turkey has become increasingly volatile in the past year because of terrorist attacks at home and its involvement in the Syrian civil war.
ISIS is suspected in a June attack at Istanbul’s Ataturk Airport that left 44 people dead, and an explosion at an August wedding in Gaziantep, not far from the border with Syria, that killed at least 54 people.
The Turkish army suspects the Kurdistan Workers Party (PKK) was behind a September car bombing in southeast Turkey that killed at least 18 people. That group has been accused of a string of bombings targeting Turkish police and army assets.
Not all the violence involves militant groups. A failed coup against President Recep Tayyip Erdogan in July led to a massive number of arrests and the imposition of a state of emergency.
Meanwhile, Turkey’s intrusion into the Syrian civil war has strained relations with the United States.
Turkey says it wants to help Syrian rebel forces fight ISIS, but Turkish warplanes have also bombed US-allied Kurdish fighters who are also fighting ISIS. Kurds are a large ethnic minority along the Turkish-Syrian border.
The United States has evacuated other dependents from Turkey.
In March, the Pentagon ordered family members to leave Incirlik Airbase in southeast Turkey because of danger from ISIS. The State Department also ordered families of employees of the US consulate in Adana to evacuate the country.
The State Department didn’t say how many family members would be affected by the Saturday evacuation order. The warning said that the consulate remains open and fully staffed and that the order does not apply to other diplomatic posts in Turkey.
US diplomatic posts in Turkey have been attacked in the past. In July 2009, gunmen fired on the US Consulate in Istanbul, and in February 2013 a suicide bomber attacked the US Embassy in Ankara.