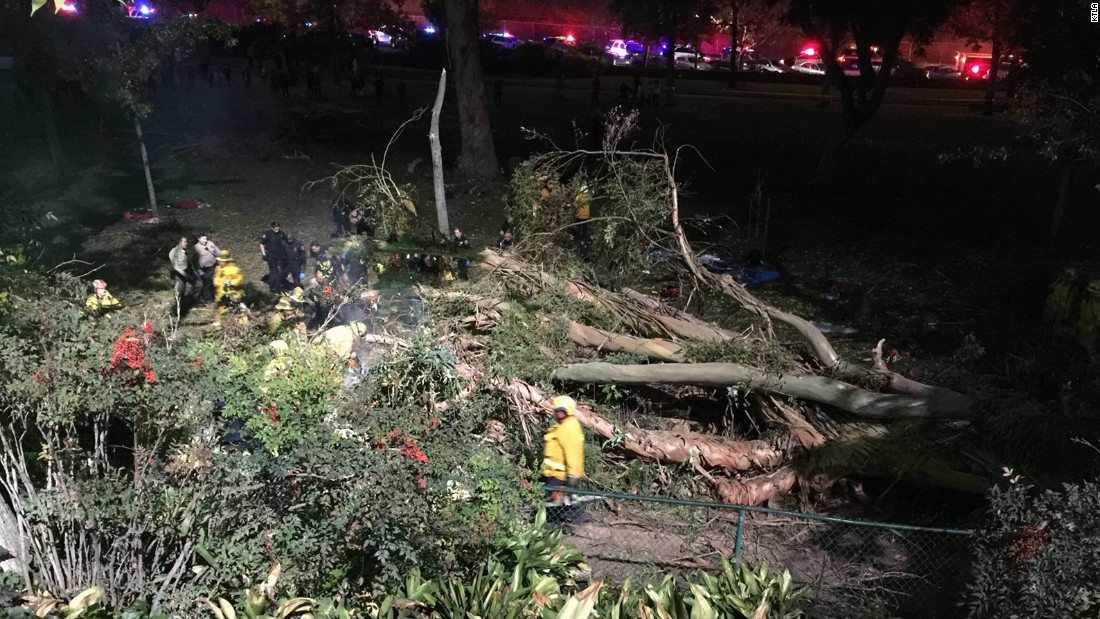 Witnesses told CNN affiliate KTLA the wedding party was taking photos when the tree came crashing down in Penn Park.
One witness described the tree as splitting in two and hitting several people, the television station reported.
A birthday party apparently was also taking place nearby in the busy park, KTLA reported.
Fire officials told CNN affiliate KABC that most of the injuries were minor that one was “moderate.”
The fallen tree was a eucalyptus, and officials said while its weakness could be linked to the California drought, there were no indications that trees in the area were vulnerable to falling, the television station reported.
Witness Gilbert Duran said on Facebook that he was attending a birthday party in the park when the tree fell.
He said he and some friends were under the tree taking photographs shortly before it fell, but moved to a different location for better light.
That’s when the wedding party moved under the tree, he said.
“We walk away and five minutes later this thing collapses on a whole wedding party,” he said on a video on Facebook. ” I just seen a bunch of kids, little kids … they were running for their life and this thing just fell on top of them. I watched them go flat.”