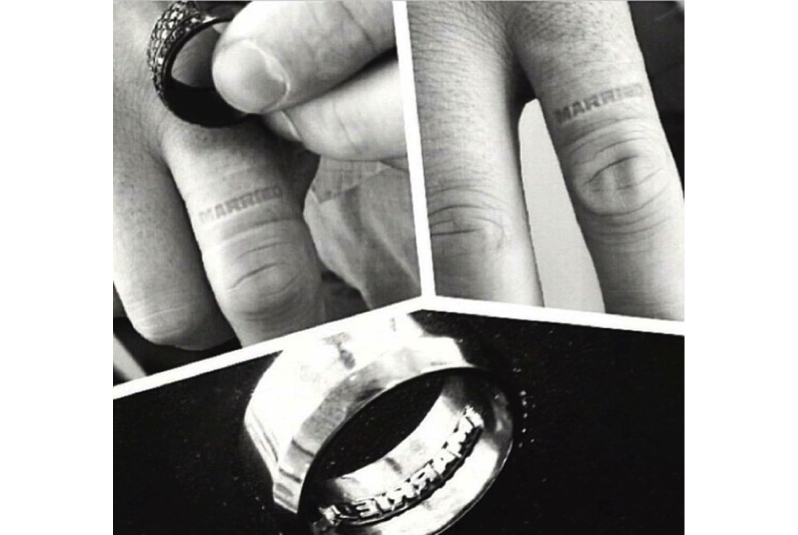 Its like, the first rule of feminism to trust no fuckboy, but theres a difference between having a healthy sense of paranoia and literally branding your hubbys marital status into his skin. For psychopaths with no sense of boundaries, theres an anti-cheating wedding ring that does exactly that, because I guess chastity belts are frowned upon these days.

Heres the idea, according to Refinery 29:

I dont even know where to begin with how fucked up this is. Yes, some people (not just dudes) take off their wedding rings so they can hide their cheating, douchebag ways from the people they hit on. But if youre suspicious that your partner might cheat on you, what are you doing with them in the first place? There are two options here. 1) Youre putting up with a cheater because you have no self-esteem, in which caseyou should dump their ass and crowdfund a post-breakup solo trip through Europe. 2) Theyre putting up with your paranoia because have no self-esteem, and you could both use some therapy.

When Refinery 29 asked for comment, the company apparently responded,

Can someone please explain to me how branding MARRIED on your partners finger contributes to successful marriages? I think we can all agree its not a symbol of a romantic union, its a symbol of a lack of trust at best and sheer craziness at worst. Plus, as an anti-cheating tool, its super ineffectivecheaters can totally just take off the ring a few hours (minutes?) before and wait for the mark to fade. It’s not rocket science.

The company claimed that the jeweler got the idea from his wife, who Aka a lesson in not letting your psychopath spouse have any say in your business decisions.

Basically, if youre going to get a body modification in the name of true love (vom), just jump on the matching tattoo bandwagon like everyone else.