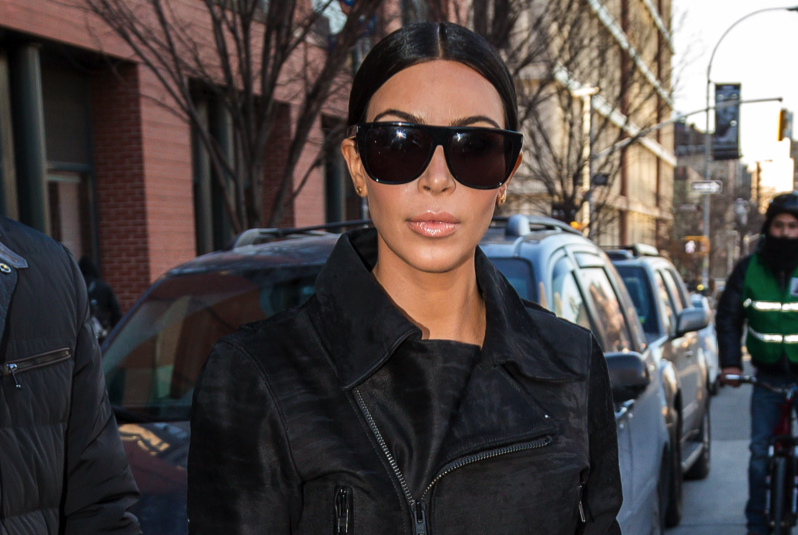 After three and a half months of waiting for Kim Kardashian West to get justice for being robbed at gunpoint in Paris, the thieves are now in custody. The police arrested 17 culprits yesterday, so now we know that the movie based on this crime will feature an ensemble castanybody?

The police work to find the thieves was pretty much like every episode of every crime TV show you’ve ever seen. One of the culprits dropped a $28,000 necklace/Instagram prop when he was leaving the crime scene. The police then used fingerprints from the necklace and from other items left in Kim’s hotel room to find matches of criminals already in the system. Well it turns out, some of the recovered DNA pointed the cops to a known criminal. Then the police held a series of intense stakeouts and found the main guy and his accomplices.

I’m not an international jewel thief, so I don’t want to be too critical, but it seems like a pretty rookie mistake to leave behind enough DNA for the police to find you and your entire crew within a couple of months. Idk but maybe wear gloves. Like, even the criminals in were better than this.

Anyway, now that they have the perpetrators in police custody, Kim will likely have to identify them as the men who robbed her and participate in the trial. Tbh Kim walking into a Parisian courthouse in custom couture sounds like a Karl Lagerfeld wet dream.

I’m not that excited to watch Kim ugly-cry about this for an entire season of , but I am thrilled to see how Kris Jenner spins this into a money-making venture. Maybe there will be an update to the Kim K iPhone game where Willow Pape organizes the heist.