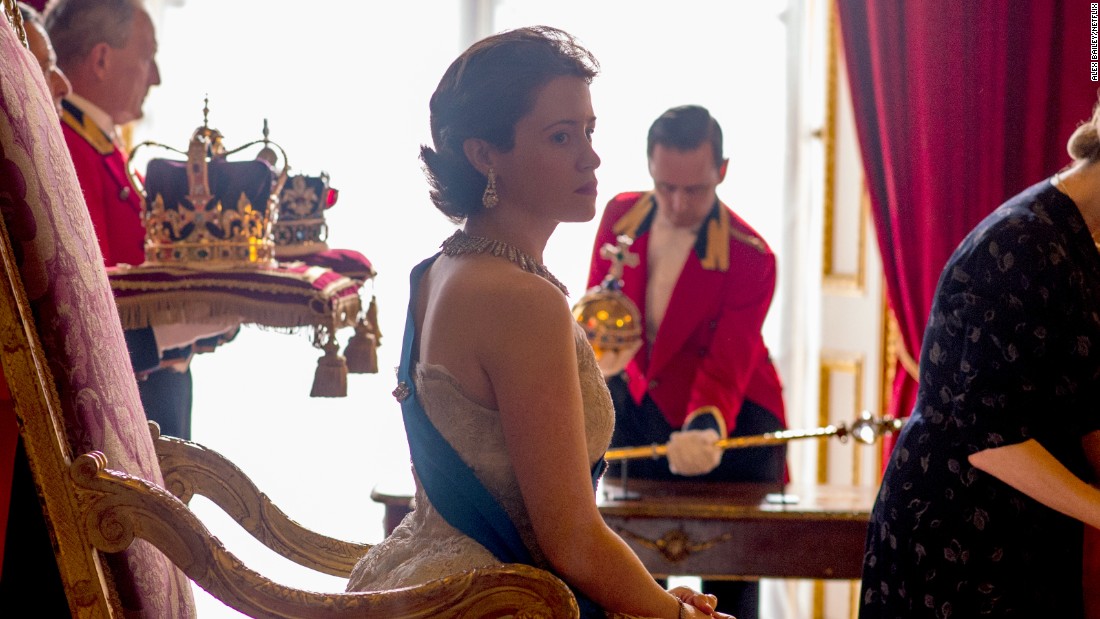 (CNN)Secrets, lies and Prime Minister Winston Churchill’s struggle to keep his job. That’s what Netflix’s upcoming original series, “The Crown,” will explore when it premieres November 4.

In a never before seen featurette from the series, viewers witness the dynamic between Queen Elizabeth II (Clarie Foy) and Churchill (John Lithgow) during his second stint as prime minister.
“Many have questioned whether I still have something to offer,” Churchill says to Queen Elizabeth. “The answer is I have. Which is to leave in place a sovereign equipped for her duty.”
Related Link: What’s streaming on Netflix, Amazon, Hulu in November
Netflix reportedly spent upwards of $100 million on the 10-episode royal drama. And Netflix’s Chief Content Officer Ted Sarandos is banking on the idea that viewers will think that was money well spent.
“[The Crown] is produced to a scale that I don’t think many networks could step up to,” Sarandos said in an interview last month. “Because our audience is large and global and the story is incredibly local we can invest heavily in a project like that.”
“The Crown” is written by Peter Morgan, an Oscar nominee best known for writing the 2006 film, “The Queen,” starring Helen Mirren. The series is being directed by Stephen Daldry, who was nominated for several Academy Awards for directing including “Billy Elliot” in 2000 and “The Hours” in 2002. Together the two created the popular play, “The Audience,” which also starred Mirren.
“I was really struck by the relationship between Winston Churchill, this old, frightened fading lion, and this beautiful young girl who had become queen much earlier than she hoped,” Morgan said in an interview with The New York Times last year. “I thought, this could be a film, and I started writing it with that intention. Then I began to think, shouldn’t the story start earlier, with her wedding to Philip, and then realized: There might be a TV show in this.”
“One has to ask oneself, what is the purpose of the crown?” Churchill says in another scene. This question will most certainly be explored in the seasons to come. Filming for season two is already underway.