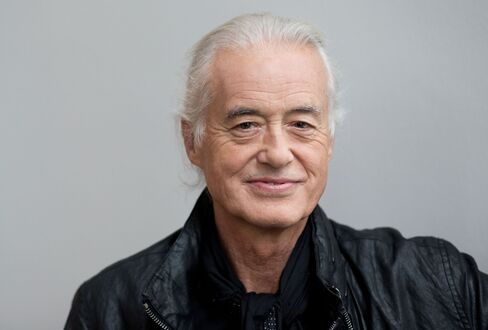 The trial over whether Led Zeppelins Jimmy Page and Robert Plant stole the iconic opening riff to Stairway to Heaven” opened with testimony about when the British rockers might have heard the 1968 song theyre accused of copying.

Jurors in Los Angeles federal court on Tuesday heard from the sister of deceased guitarist Randy Wolfe and his former band mate in the group Spirit about how likely it was that members of Led Zeppelin would have heard live performances of Taurus, the instrumental Wolfe wrote for his girlfriend.

Page, 72, and Plant, 67, sat in dark suits and ties at the their lawyers table in a packed courtroom during the first day of testimony. Eight jurors will be asked to determine whether the pair would have known Taurus” before they released Stairway to Heaven” in 1971 and whether one of the most recognizable songs in the history of rock is substantially similar to Spirits composition.

Taurus was a special moment during Spirit shows, former member Jay Ferguson said on the stand. He described it as a pallet cleanser between the bands more rocking songs.

For a closer look at the Stairway to Heaven case, click here

Francis Malofiy, the lawyer representing Wolfes trust, contends Led Zeppelin would have heard Spirit play Taurus during the occasions he claims the bands played together, including at Led Zeppelins first U.S. show in Denver in 1968 and at later rock festivals. Another Spirit track, Fresh Garbage, was part of a medley Led Zeppelin performed at live shows, according to Malofiy.

Jimmy Page and Robert Plant are incredible musicians, incredible performers,” Malofiy told the jury in his opening statement. They covered other peoples music and tried to make it their own.

Under cross-examination by Page and Plants lawyer, Peter Anderson, Ferguson admitted that Taurus wasnt one of Spirits so-called tent-pole songs they performed at every show without exception.

Anderson told jurors in his opening statement that the descending chromatic scale that Led Zeppelin is accused of having stolen from Wolfes composition is exceedingly common in pop music and isnt something that can be protected under copyright law.

“History cant be rewritten and Stairway to Heaven was in fact written by Jimmy Page and Robert Plant,” Anderson told the jury.

The first witness to testify was Wolfes younger sister Janet Wolfe. She told the jury her brother wrote Taurus for the woman who was the love his life and who he would later marry. Spirit played the song every time she saw her brothers band perform in the late 1960s, Janet Wolfe testified.

Malofiy played the jurors a video of a session guitarist performing the opening of Stairway to Heaven and a portion of Taurus, and then overlapped the two performances to demonstrate the alleged similarity between the songs.

Anderson played the album version of Stairway to Heaven and a musicologists piano rendition of “Taurus,” based on the copyrighted sheet music, to highlight the differences between the two.

The trial comes amid an uptick in lawsuits over allegedly stolen songs following last years surprise verdict by a Los Angeles jury that Pharrell Williams and Robin Thickes 2013 mega-hit Blurred Lines infringed Marvin Gayes 1977 single Got to Give It Up. This year, singers Kanye West, Justin Bieber and Ed Sheeran have been sued for alleged copyright violations.