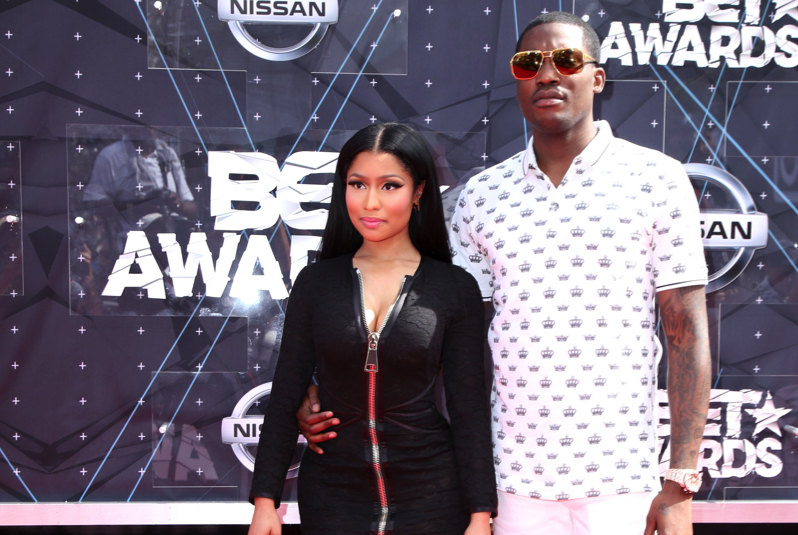 There has never been a relationship that made us say “but like, why?” more than Meek Mill and Nicki Minaj. Don’t pretend you haven’t looked at pictures of Nicki and her album sales and asked what Meek could possibly offer her. Tbt when Will Smith, Kanye West, and Drake looked at Meek Mill memes and laughed backstage at Drake’s concert.

Meek and Nicki started dating in 2015 and have been not-engaged approximately 78 times. Basically, Nicki made him buy her multiple engagement rings until she was convinced he loved/worshipped her enough to say yes. Relationship goals. We all assumed Nicki had said yes, because there are only so many times you can destroy a man’s ego before he is completely emasculated (see: the Oscars and Leonardo DiCaprio).

But last month they were still making public appearances togethereven though Nicki wore sunglasses like she was too hungover to possibly feign interest in a person whose album will likely sell fewer than 100 copies. In other words, breakup rumors have been flying for a while now. And yesterday, Nicki tweeted to make their breakup official and announce she’s “focusing on her work” aka focusing on making more music videos where she grinds on Drake.

I’m guessing that Nicki did some soul searching on New Year’s Day and realized she could do so much better. So thanks to Meek for taking the first L of 2017.