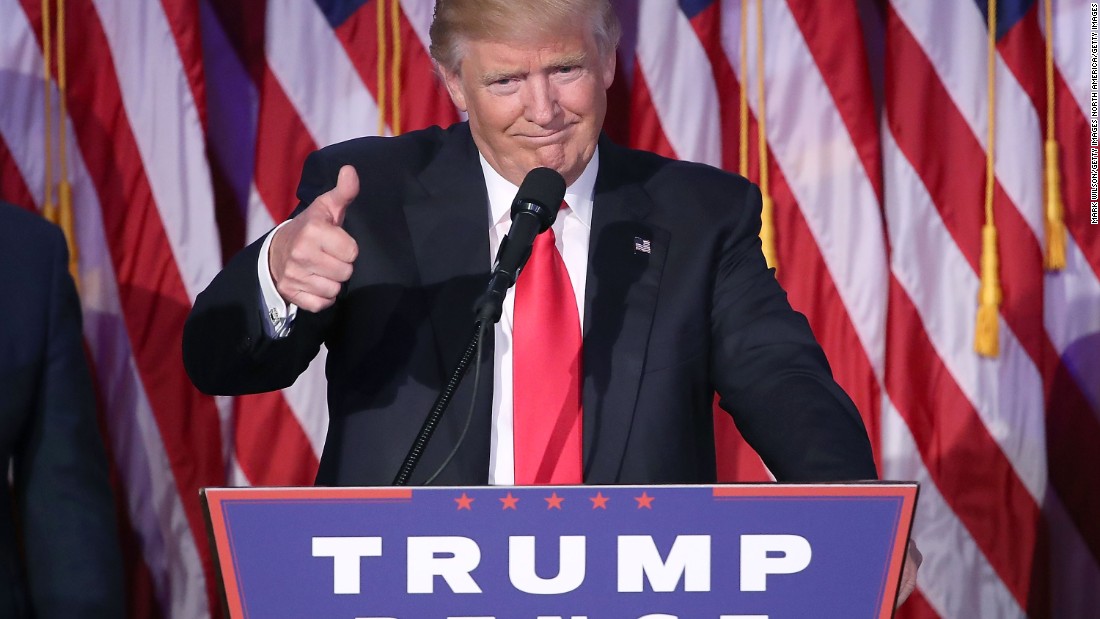 (CNN)Fears of heightened bigotry and hate crimes have turned into reality for some Americans after Donald Trump’s presidential win.

Racist, pro-Trump graffiti painted inside a high school. A hijab-wearing college student robbed by men talking about Trump and Muslims.
While Trump has been accused of fostering xenophobia and Islamophobia, some of his supporters have used his words as justification to carry out hateful acts.
Here’s what some Americans are dealing with across the country.

At the New York University Tandon School of Engineering, students discovered the name of the President-elect written on the door to a prayer room for Muslims on Wednesday, school officials said.
“Our campus is not immune to the bigotry that grips America,” the NYU Muslim Students Association said in a Facebook posting.
School spokesman Kathleen Hamilton said the school has a lot of immigrant students, with about 20% from abroad.
“It’s a real melting pot here,” she said. “We all believe this very much, that the university is a place of free expression. It has to be safe to be so.”
The NYPD is investigating. There were no cameras, and the school isn’t sure whether a student is responsible, Hamilton said. She noted that all NYU buildings require a badge for access.

Student Moses Karngbaye said he was terrified to see racist graffiti sprawled inside a bathroom in his Minnesota high school.
“#Go back to Africa” and “Make America great again,” someone wrote on a toilet paper dispenser at Maple Grove Senior High School.
“That’s the first time I honestly felt like crying at school,” Karngbaye told CNN affiliate WCCO.
The bathroom door was also covered with graffiti, including “Whites only,” “White America” and “Trump.”
Karngbaye sent photos of the graffiti to his mother, who recalled another message: “Now the white people are going to take over.”
Denise Karngbaye told WCCO she takes the attack personally.
“I train my kids to respect everybody, regardless of their race, their ethnicity, their background,” she said.

A San Diego State University student walking to her car was confronted by two men who made comments about Trump and Muslims, SDSU police said. 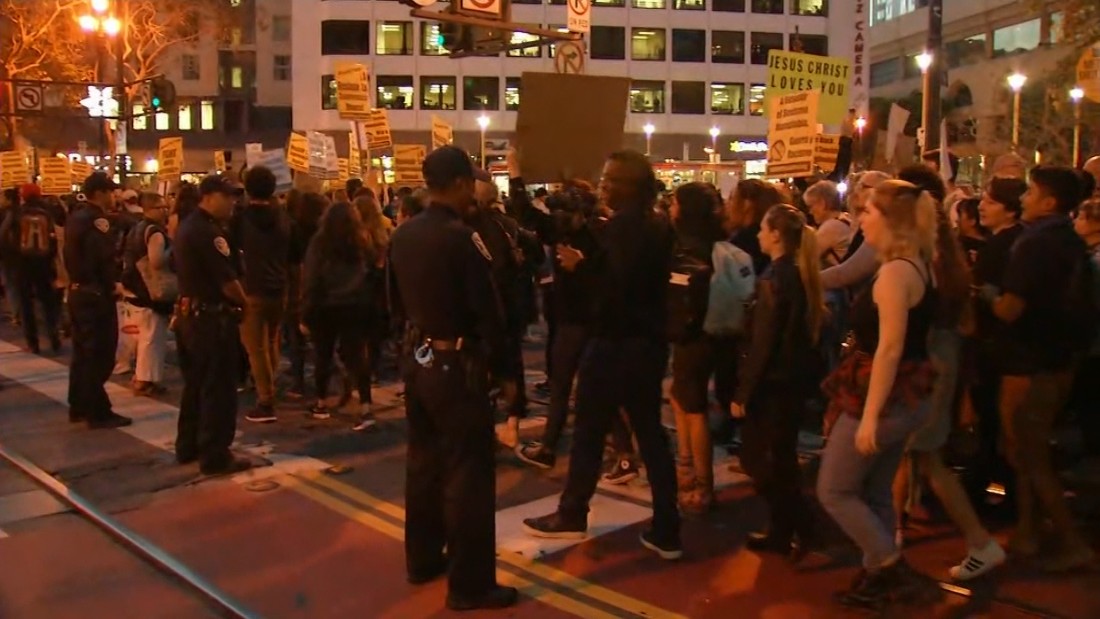 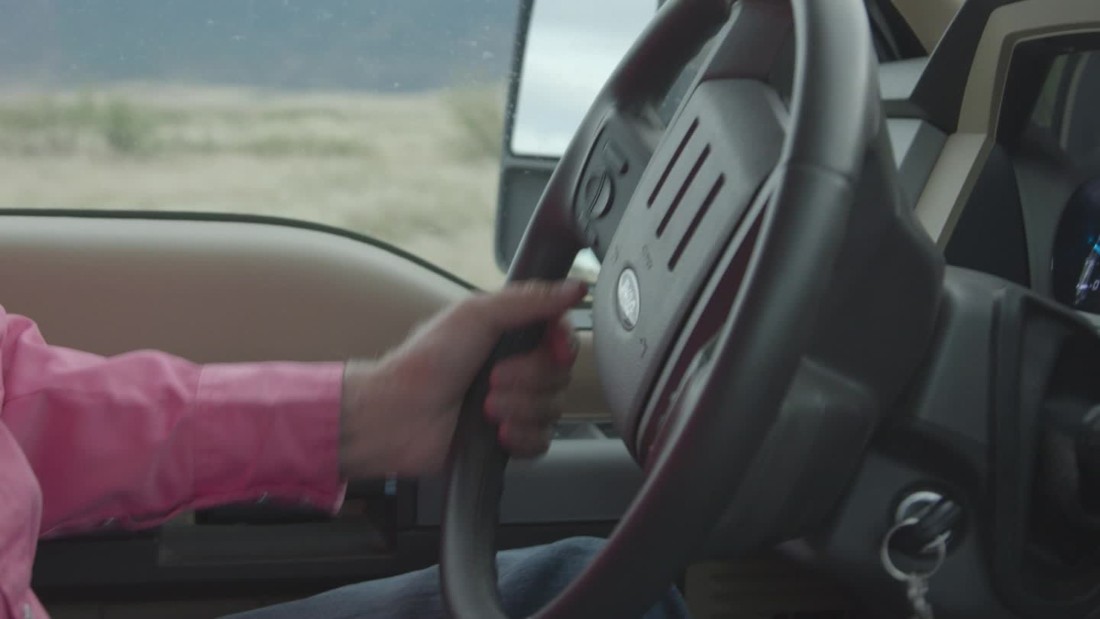 These Americans would live in shadow of a Trump wall

Replay
More Videos …
A video of the chanting, which has been viewed millions of times on social media, appears to stop after a girl mentions the incident is being recorded.
Royal Oaks Schools Superintendent Shawn Lewis-Lakin said school personnel in the cafeteria responded to the incident.
“We are working with our students to help them understand the impact of their words and actions on others in their school community,” the superintendent said in a statement Thursday.
“Our school district and each building in it works every day to be a welcoming community for all, inclusive and caring, where all students know they are valued, safe and supported.”

The day after Trump’s victory, someone painted racist messages referencing the election on a wall in Durham, North Carolina.
“Black lives don’t matter and neither does your votes,” the message said, according to CNN affiliate WNCN.
On Thursday, crews came to paint over the graffiti.
Phyllis Terry, whose family owns the JC’s Kitchen restaurant next to the graffiti, told the affiliate she was heartened by the effort to cover up the message.
“I am amazed. I am really touched this morning that the community has rallied together,” she said.

Authorities at the University of Louisiana at Lafayette discovered Wednesday morning that somebody chalked the words “Trump,” “Build wall” and “[Expletive deleted] your safe space” in front of the library, The Vermillion student newspaper reported on Twitter.
Campus police Lt. Billy Abrams confirmed the “safe space” chalking is being investigated because it’s offensive. The other chalkings were not being investigated and all were removed with pressure washing, he said.

The Anti-Defamation League has decried Nazi-themed graffiti that appeared in South Philadelphia.
“We are horrified by the appearance of hate graffiti on a storefront in South Philadelphia,” said Nancy K. Baron-Baer, the organization’s regional director, in a statement posted Wednesday on the group’s website. “Swastikas and the Nazi salute send a message of intolerance and hate to the entire community. The fact that today is the 78th anniversary of Kristallnacht adds another layer to this already sickening act.”
Kristallnacht was when Nazis rampaged through German towns on November 9-10, 1938, smashing stores and windows of buildings owned by Jews. The name of the incident, also known as “Night of the Broken Glass,” refers to the shards of glass left on sidewalks.
Baron-Baer said the group views the graffiti as an isolated incident but stressed that “we cannot allow this behavior to become routine.”
Philadelphia police reported several incidents in which walls and vehicles were defaced. So far no arrests have been made.
The words “Sieg Heil 2016” and “Trump” — with a swastika substituted for the T in Trump — were spray-painted on a building’s glass window on South Broad Street, police said.
The words “Trump Rules,” “Trump Rules Black [expletive]” and the letter “T” were spray-painted on three vehicles and a house on South Sixth Street. Police said surveillance video captured a male of unknown race doing the spray-painting about 5 a.m. Wednesday.
A swastika and “Trump” were written on a utility box at Broad and Reed streets.
It was unclear if the graffiti was a protest of Trump or a pro-Nazi act.

At Canisius College in west New York state, students posted photos of a black doll hanging from a dormitory curtain rod on social media, and one student created a meme with language about “Trump fans,” college President John J. Hurley said in a message posted on the school website.
Hurley said the “disturbing incident” started when a campus visitor left the black doll in a dorm laundry room Tuesday night. Students placed the doll in an elevator as a prank, he said, and people took photos and posted them on social media. Some people mistook two strings that attached the doll’s head to the body as a noose, he said.
Later, students took the doll to a residence hall and hung it from the curtain rod. Students who saw those photos notified campus police, who investigated, Hurley said.
Students have been suspended and may be expelled, he said. An outside investigator will be hired to determine if any students should be prosecuted for possible hate crimes, as several parents and students urged, Hurley said. He did not name the students or say how many were involved, citing privacy concerns.
On Wednesday, the school held an open session on the doll incident attended by about 300 people. “It is clear to me that this episode has exposed some deeply held concerns among our students of color and that we need to go well beyond addressing the immediate incident involving the doll,” Hurley said.

A student at San Jose State University said she was walking to her car in a parking garage Wednesday afternoon when a man came up behind her and pulled at her head scarf.
The force he used caused the victim to lose her balance and choked her. The suspect, who ran away, was a fair-skinned male wearing a dark colored hooded sweatshirt.
Campus officials are investigating. “No one should experience this kind of behavior at San Jose State,” the school said.
Students staged a rally on Wednesday morning at the Tommie Smith and John Carlos statue to protest the election of Donald Trump, the San Jose Mercury-News reported. A fight broke out between Trump supporters and other students, the newspaper said.

‘Deportation’ letters handed out at school

A student at Shasta High School in Redding, California, posted a video on Twitter of himself handing letters with the word “deportation” written across the top to half a dozen students, school district Superintendent Jim Cloney said in a statement.
The students appeared to be of a variety of ethnicities, Cloney said. After talking to the student and his parents, the video was taken down, Cloney said. The student said he thought the video was funny, Cloney said.
“Needless to say, we don’t think this sort of behavior is funny nor reflective of the culture of Shasta High,” he said. He said appropriate discipline will be applied.