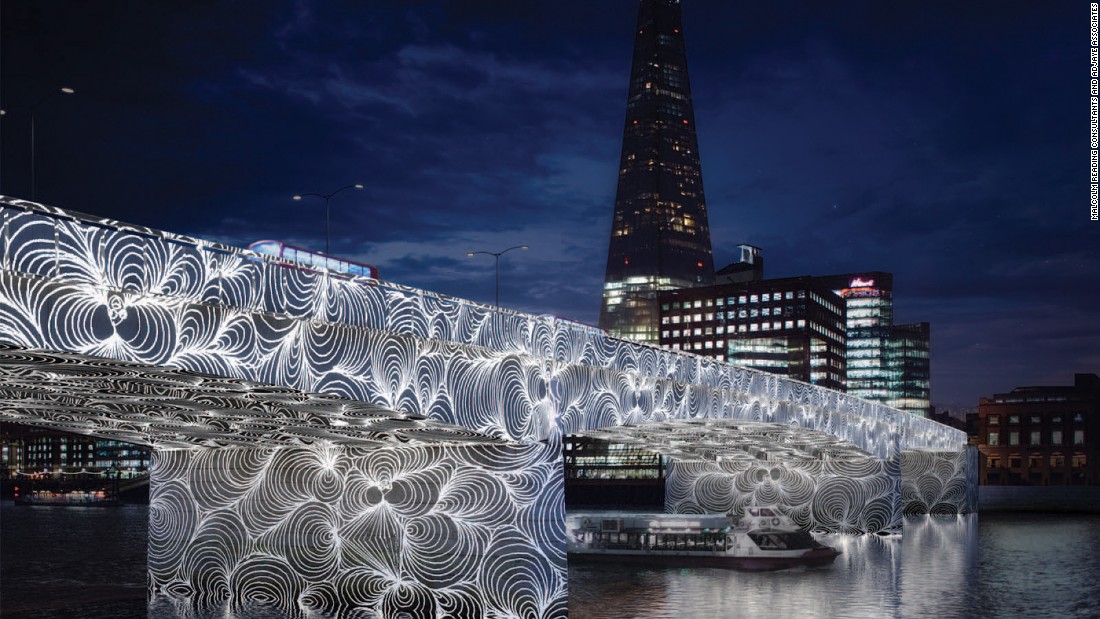 (CNN)The River Thames is probably London’s most iconic symbol, but after dark it’s an invisible artery silently snaking through the heart of the city.

That’s set to change thanks to an ambitious competition designed to bring the famous river to life with a series of beautiful light installations.
Launched in 2016, the Illuminated River design competition called for a pioneering light scheme for central London’s bridges along the River Thames, and received more than105 entries from 20 countries.
This month, the design of American light artist Leo Villareal and British architects Lifschutz Davidson Sandilands was crowned the winner, beating five shortlisted competitors.
When implemented, their design will be the largest public art exhibition in the city’s history.

Let there be light

This isn’t Villareal’s first river rodeo.
Trained as a sculptor, the American visual artist showcased his ability to”paint with light” in a similar 2013 public project The Bay Lights, which illuminated the San Francisco Bay Bridge. 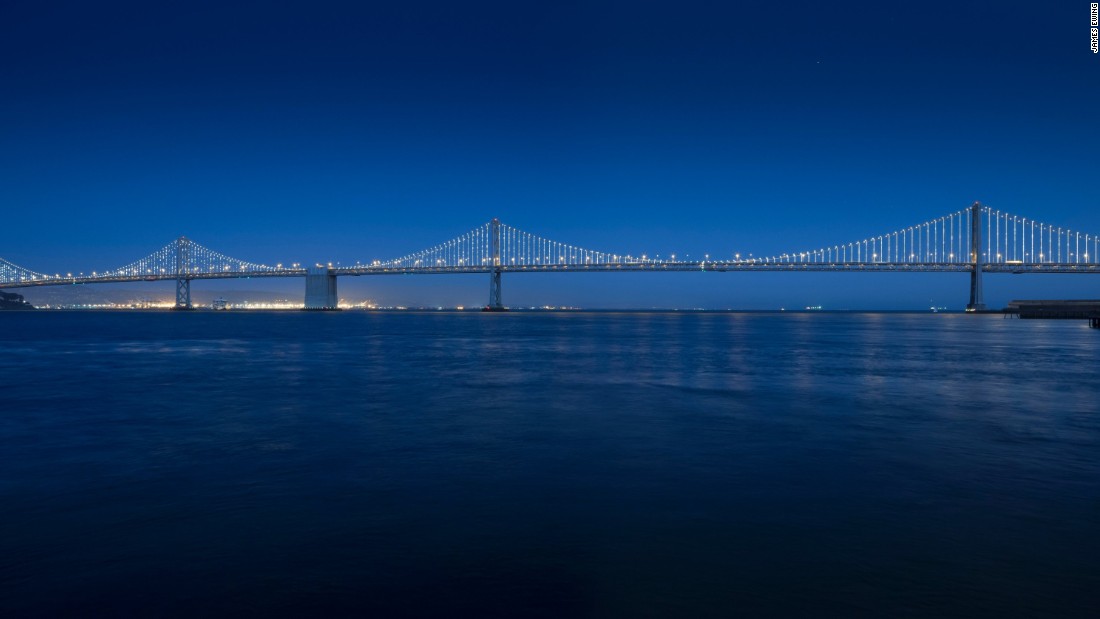 The London project will be even more ambitious, covering six nautical miles and potentially spanning 17 bridges, starting from the western Albert Bridge and finishing at Tower Bridge.
The team’s “Current” design is driven by a computer algorithm. Discreet sensors monitor the motion of the river — such as high tide and low tide — and send that data back to Villareal’s computer program, which uses it to create “kinetic light art.”
“Villareal paints with light and his paintbox is a computer software program,” Sarah Gaventa, director of the Illuminated River Foundation, tells CNN. “The idea that it’s programmed means we can update it, tweak it, and adjust it whenever we need.
The light display will change depending on the tide. For instance, in low tide, the underbellies of the bridges may glow softly.
“(Villareal) will sit by the river and test out different approaches and effects to make sure it’s right. As he tests the effects the public will see it. It’s not a question of putting lamps on a bridge and pushing one button.”
The dynamic light exhibition will change from bridge to bridge in order to showcase the unique architecture of each structure.
“Each bridge has to be controlled separately to enhance the architectural qualities and remain sensitive to that,” says Gaventa.

Entrants were asked to think of London’s bridges — many of which, such as the 130-year-old Tower Bridge, are historic– as canvases on which they could paint with light.
The six finalists included Adjaye Associates’ proposed “Blurring Boundaries,” featuring bold patterns from international artists where lighting would be attached to the bridges themselves, while architecture and design studio AL_A’s “The Eternal Story” saw the bottoms of the bridges glow with a warm amber light during low tide.
Relying on private donations, the Illuminated River Foundation has currently raised 10 million ($124,805)of the estimated 20 million needed to fund the project.
Workwill commence next year, with an aim to see the first phase completed by the end of2018, butGaventa says the whole project could take years to implement, due to several logistical hurdles.
Each bridge is owned and operated by a different entity, and the team will need to consider public opinion and their work’s impact on local fish, birds and bats — all of which could be affected by the lights, which the competition promises will be “very discreet”.
“Over the next 5 years, or longer, London’s Thames will be transformed,” says Gaventa.