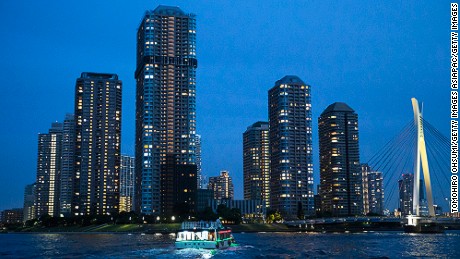 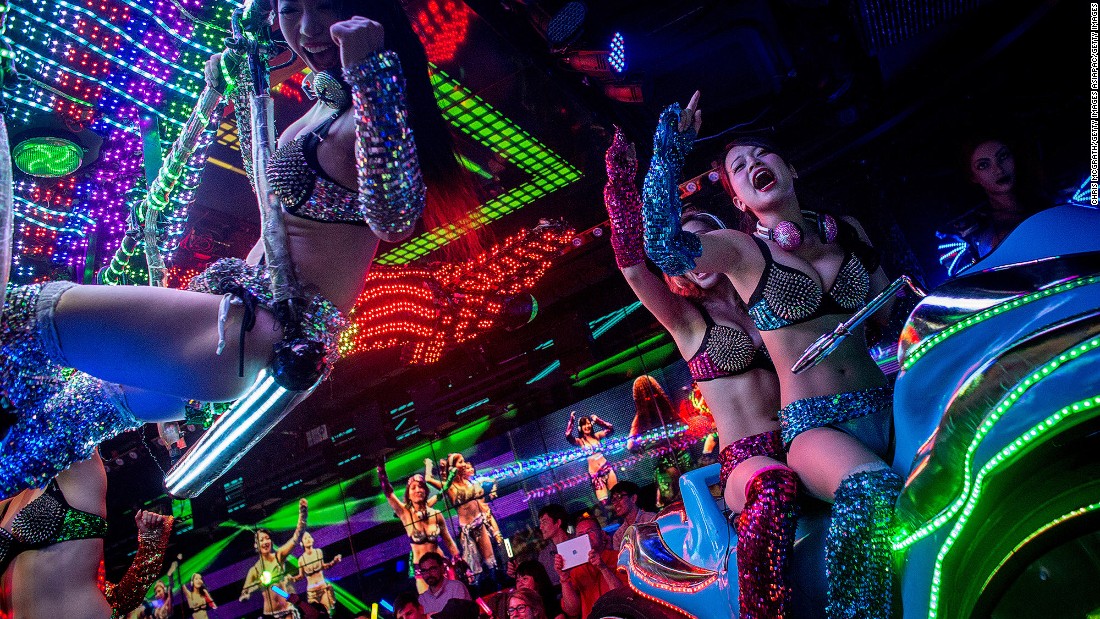 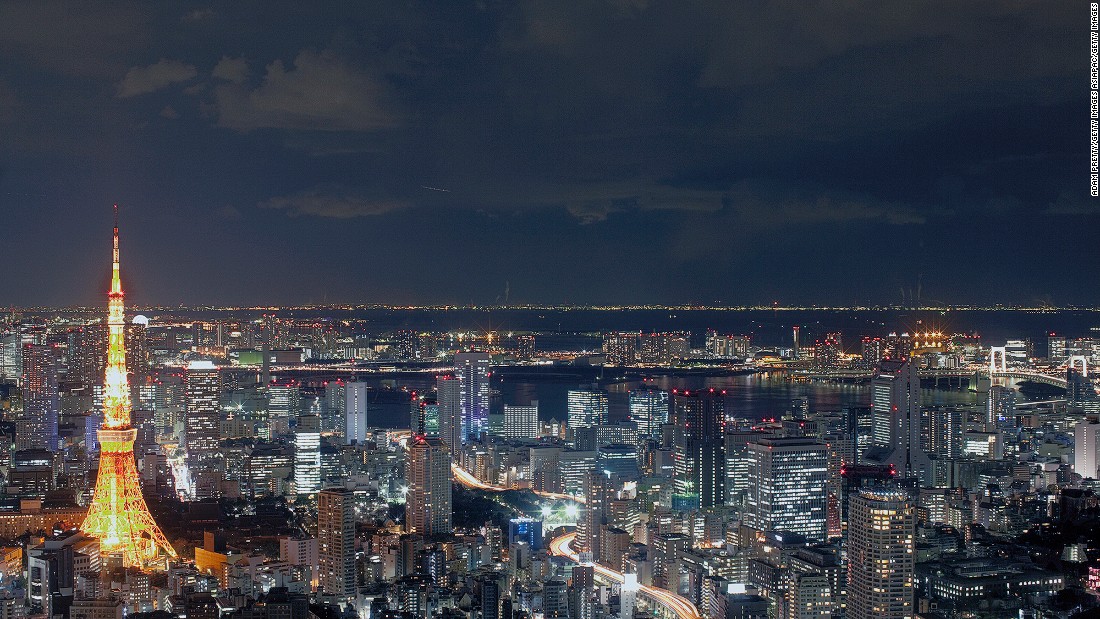 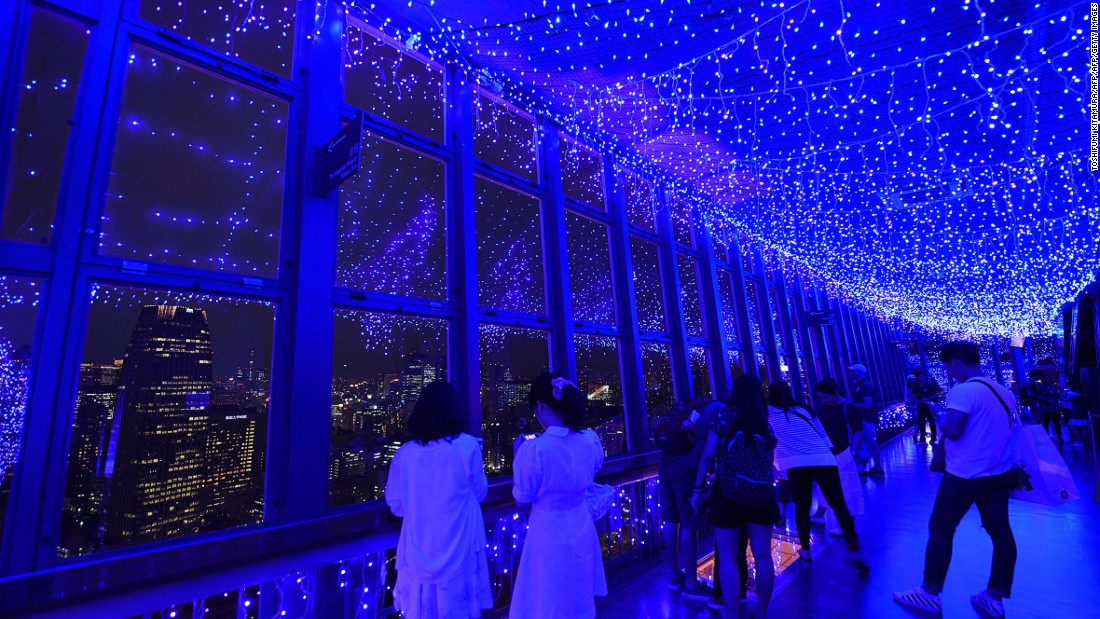 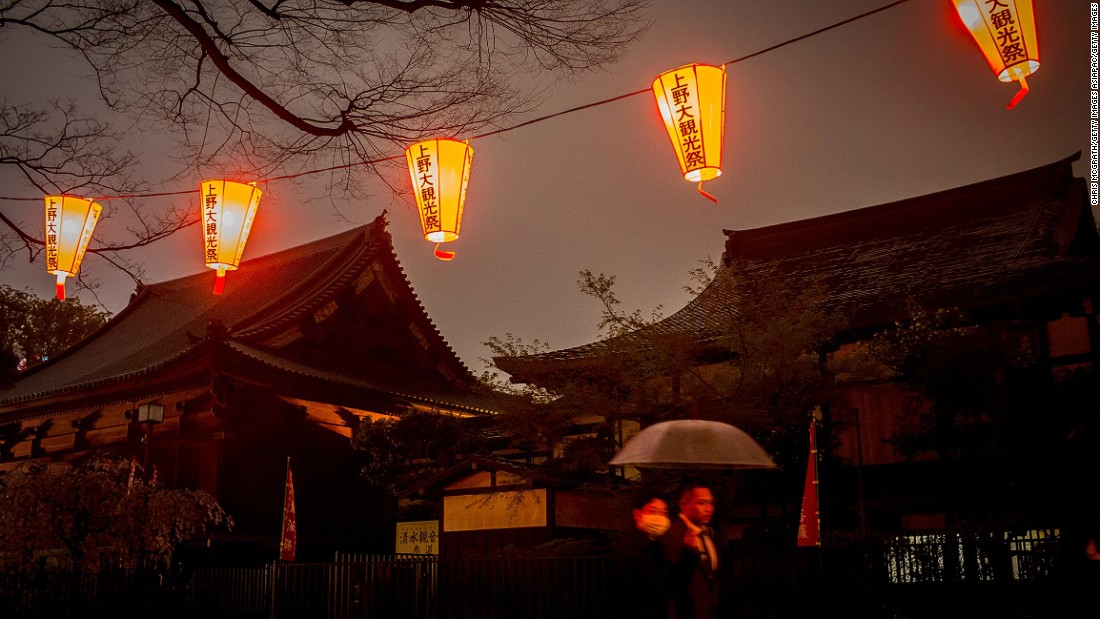 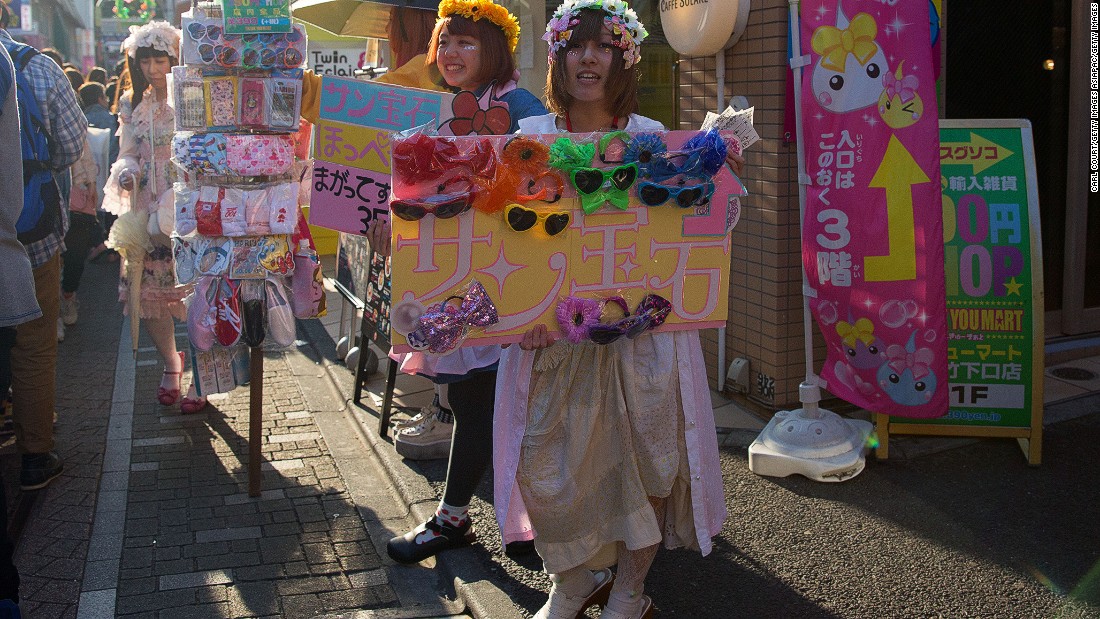 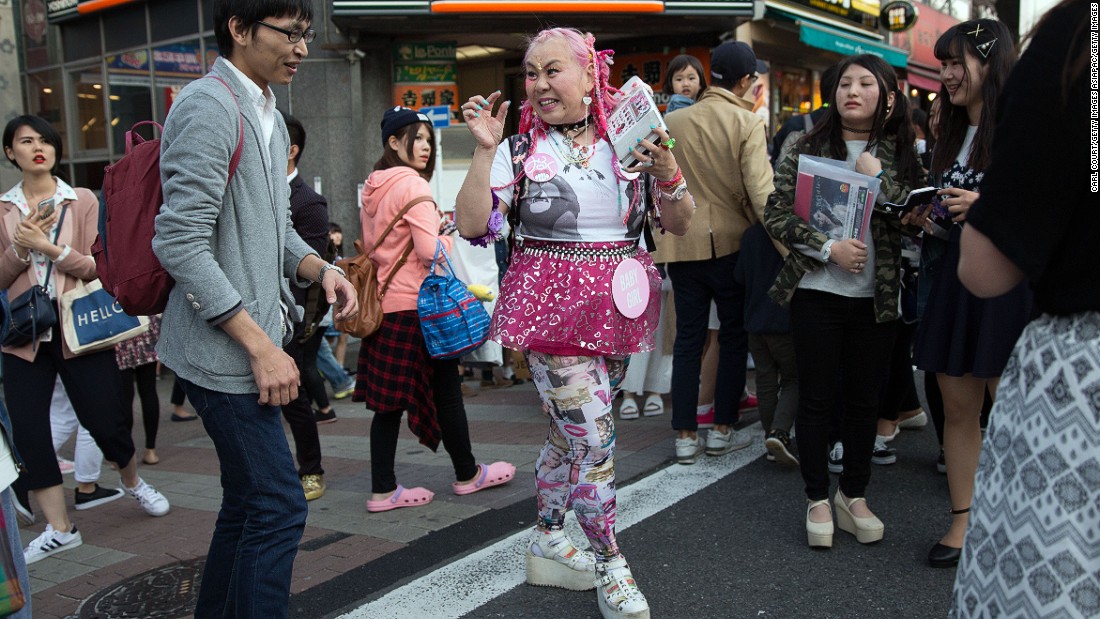 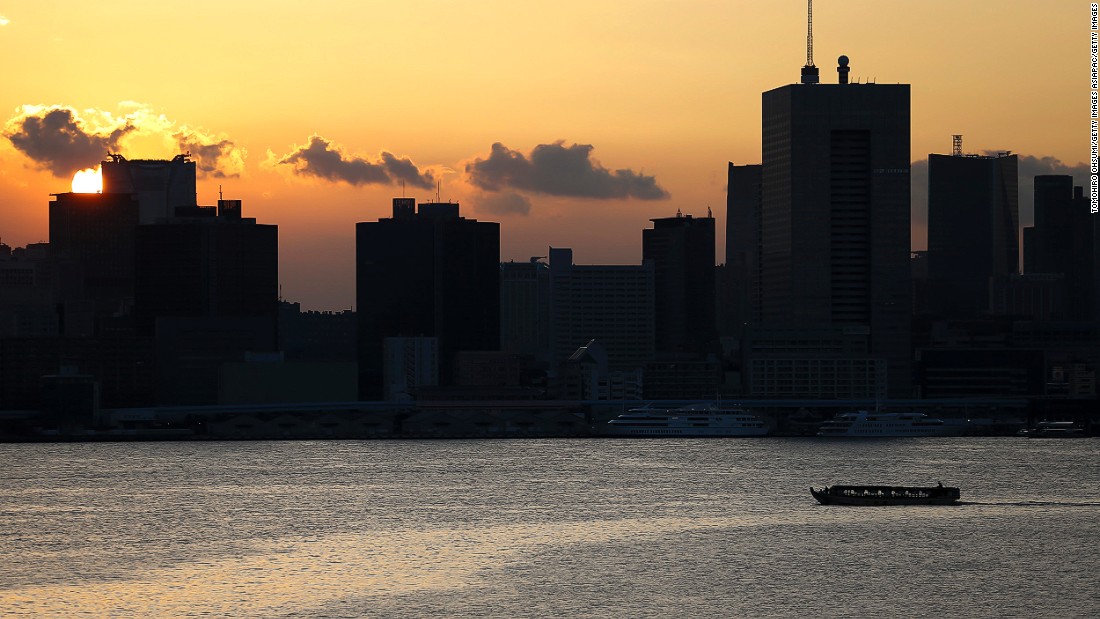 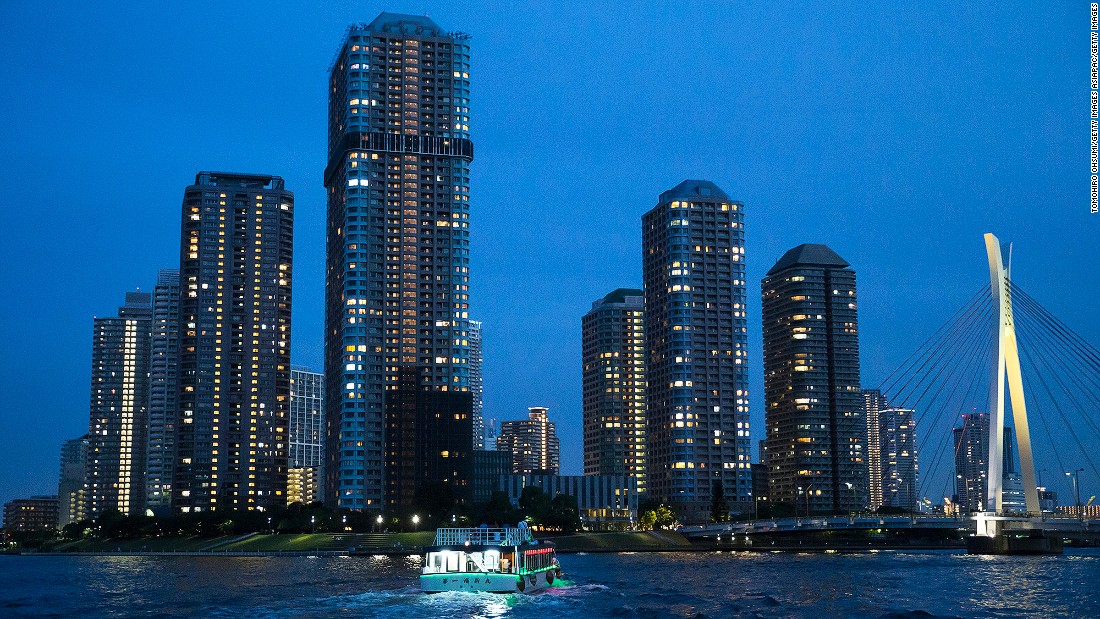 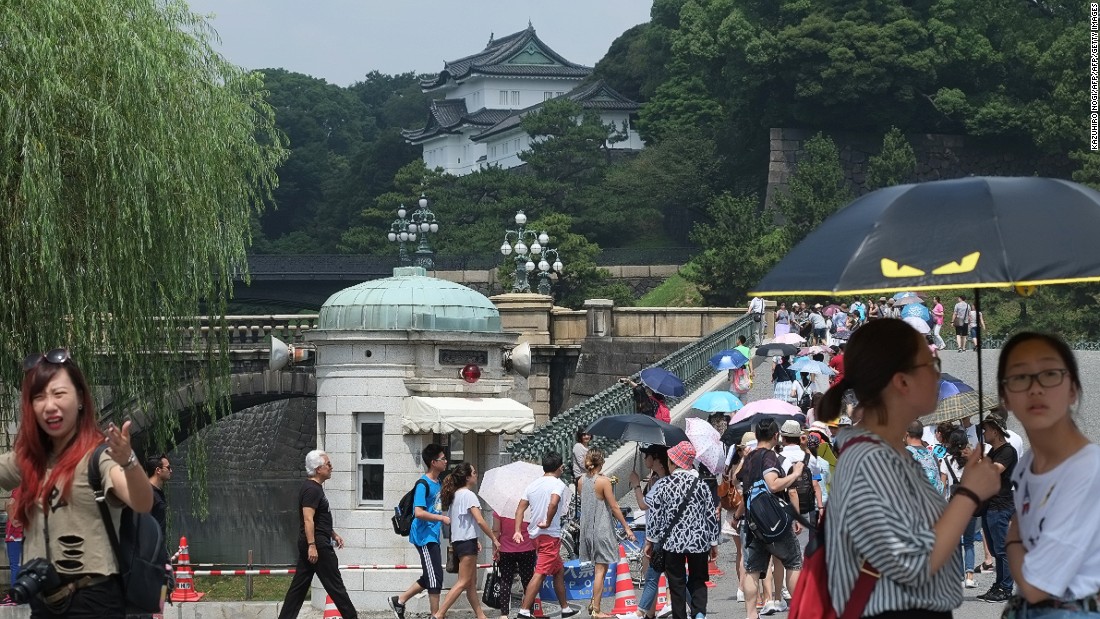 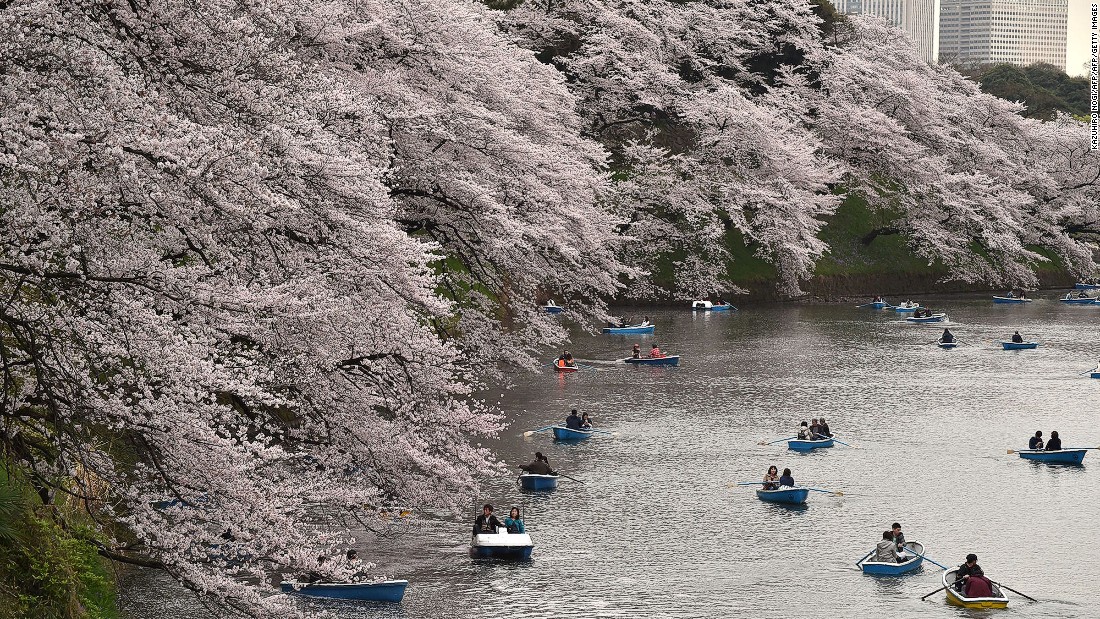 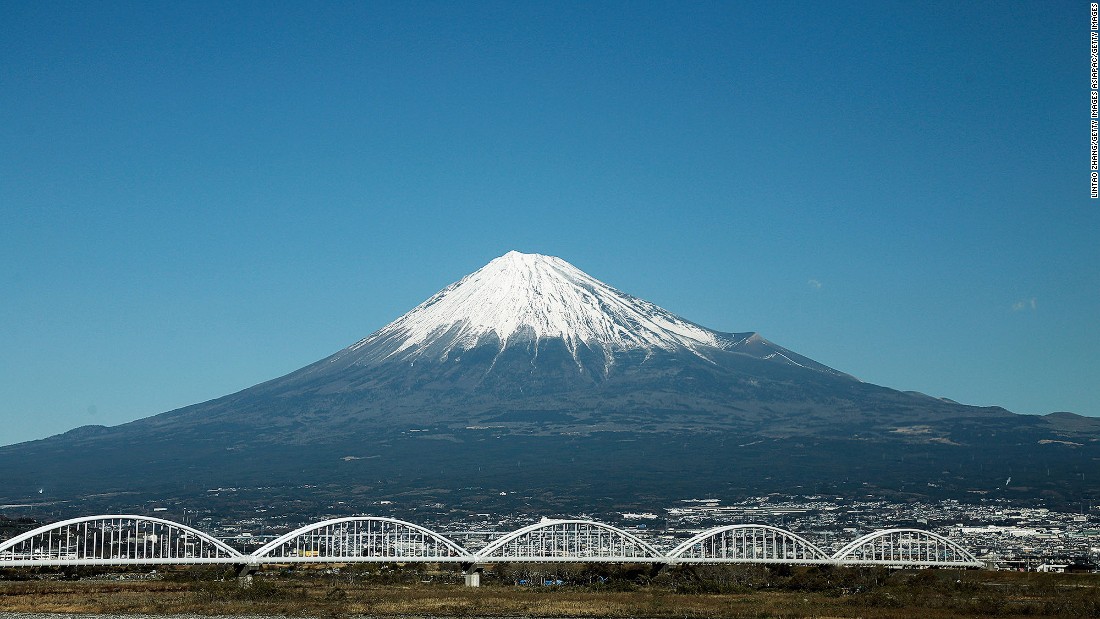 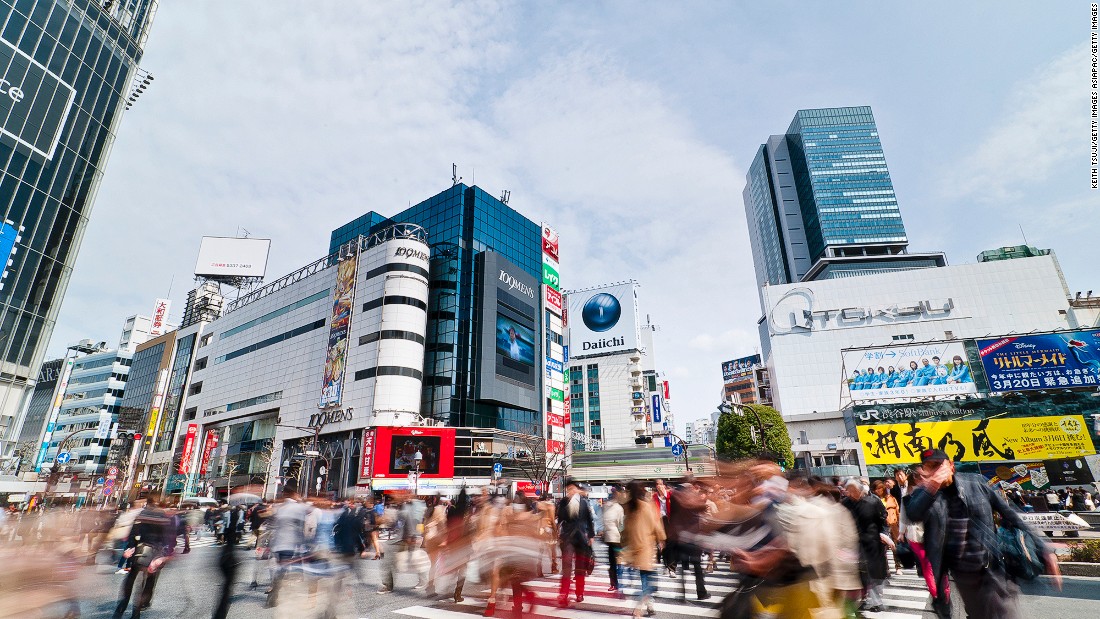 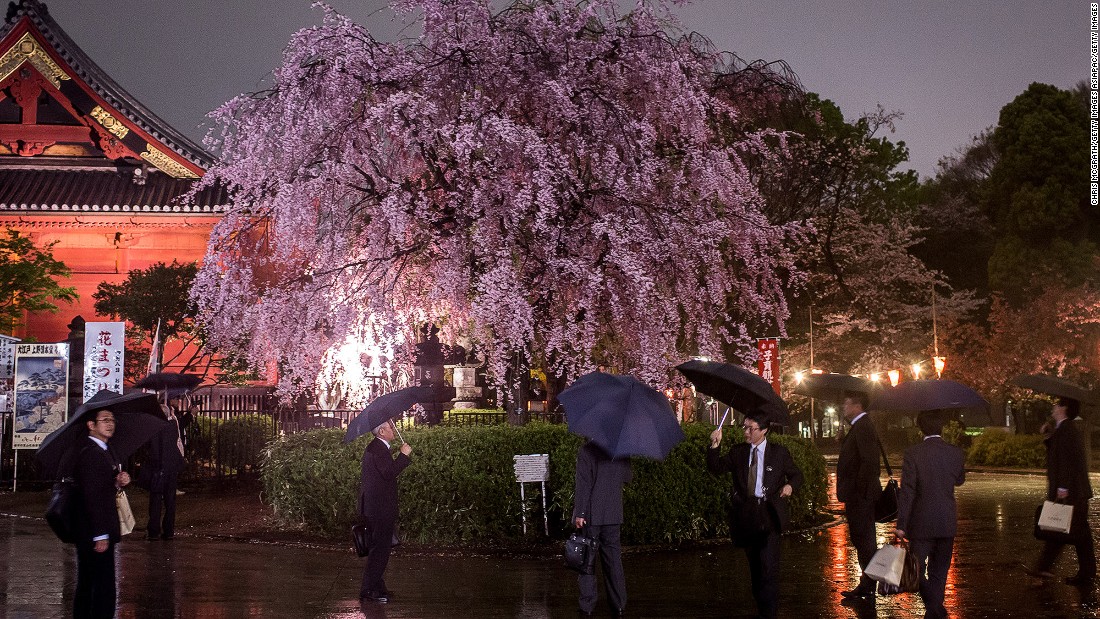 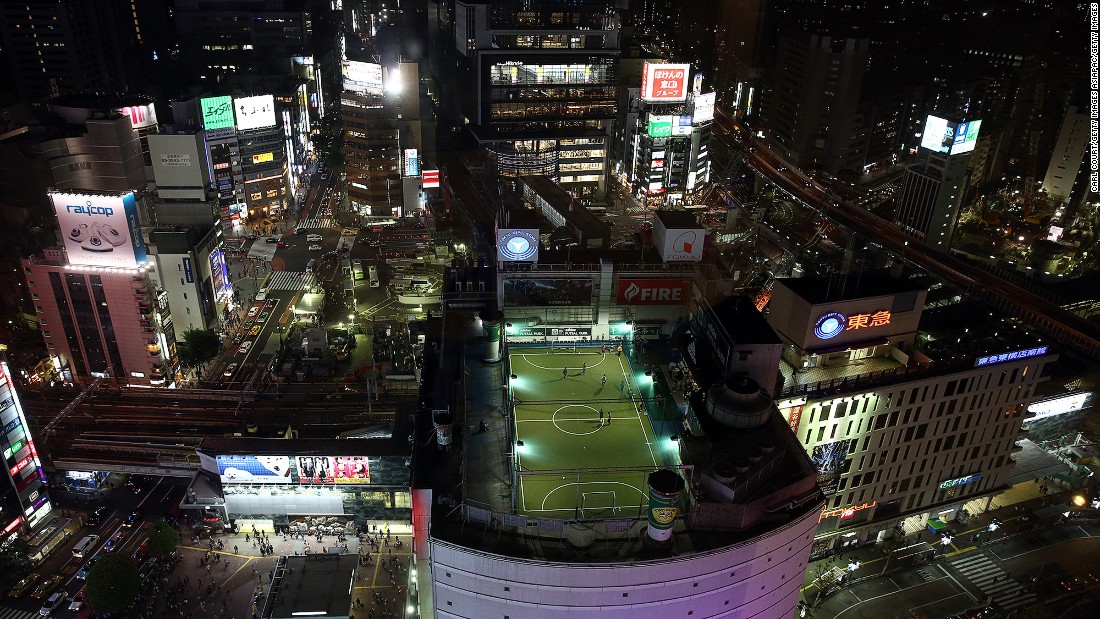 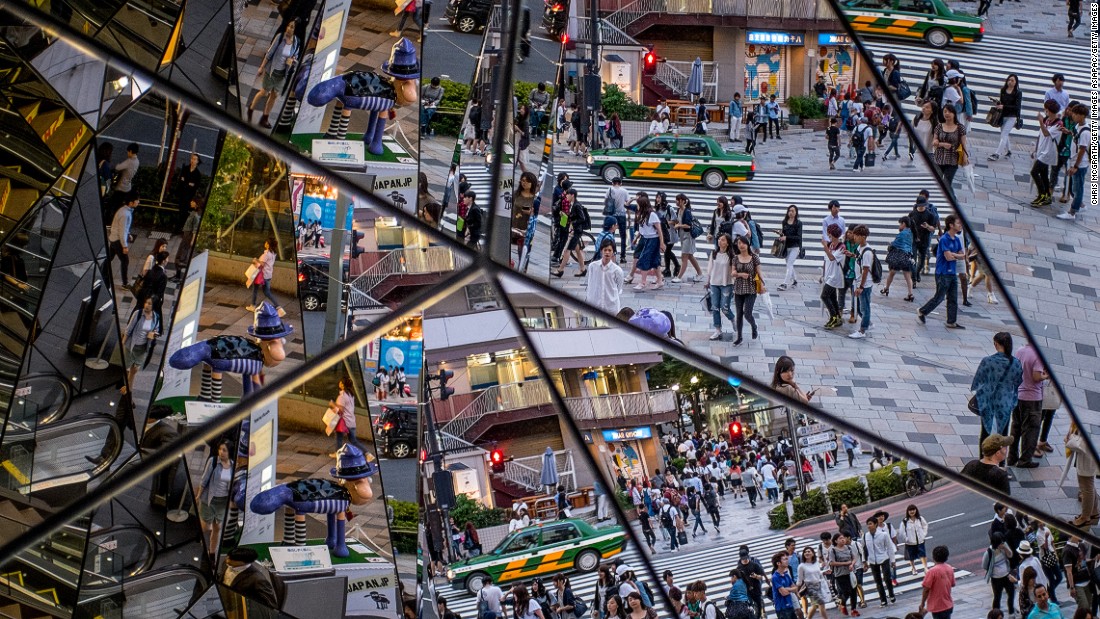 From food to architecture, scenery to special landmarks, their unique perspectives bring Tokyo’s landmarks and popular districts to life in a whole new way.
Featured Instagrammers include Yuma Yamashita, Laylah, Yoshiro Ishii and Charly Sabas.
But we didn’t stop there.
We recently asked our social media followers to share their own photos and insights on Japan’s capital.
Here are a few of our favorite submissions.

Roppongi is also a fantastic place to capture views of Tokyo’s dramatic skyline at night, as proven by this shot shared by Instagrammer Suwandicphoto.

Sitting atop Tokyo’s Asahi Beer building is the famous “kin no unchi” — Japanese for “Golden Turd.”
The 300-ton stainless steel sculpture designed by French architect Philippe Stark was meant to look like foam rising from a beer mug.
This lovely image of the golden dropping and Tokyo Skytree was shared by Instagrammer Caseyhu_.

Even CNN’s Tokyo correspondent Will Ripley got in on the #MyTokyo action, sharing this stunning shot of Tokyo Tower snapped from Minato ward.

Twitter user Norman Pelerinage appears to agree with Ripley’s choice of shooting locations.
He too singled out Minato for its awesome views, adding that it’s an ideal place for a romantic date.
Perhaps Tokyo’s most famous unintentional tourist hotspot, the Shibuya scramble crossing is located in front of Shibuya station, a major shopping and nightlife district.
For bird’s eye views of the busy intersection, Twitter user Jim Wilson recommends heading to the top of Mark City Building.
Back on ground level, Twitter user H shared this image taken while walking across the north side of Tokyo’s Rainbow Bridge.
The suspension bridge has become an incredibly popular spot for photographers looking for wide views of the Tokyo skyline.
It’s 798-meters long and stretches from Shibaura Pier to the Odaiba waterfront development in Minato.
The bridge’s walkway, which is 1.7 kilometers long, is open from 9 a.m to 9 p.m. in April to October, from 10 a.m. in the winter months.
MORE: Tokyo’s coolest neighborhoods right now

#MYTokyo is: Spiritual and natural beauty

Of course Tokyo isn’t just skyscrapers and lights.
The city’s shrines, temples and parks are excellent photography subjects too.
These tori gates at Hie Shrine in central Tokyo were snapped by Instagrammer foremmayoung_.

The Buddhist Senso-ji, as shared here by Twitter users 100 Travel Stories and Kotolan, is Tokyo’s oldest temple. It’s located in Asakusa district.
Cherry blossom (sakura) season, which usually takes place in mid-March, is among the best times to visit Tokyo if you can swing it.
Instagrammer Happy Nomad, along with Twitter users Natasha Kassirova and Katherine Unmuth, shared these photos of the blossoms in full bloom.

Instagrammer T. Aloha Ishizaka reminds us it’s still possible to find pockets of old Tokyo with this lovely shot taken in Ueno Sakuragi Atari.
The small community space is made up of renovated houses built in the 1930s.
There’s a beer hall, bakery and several small shops.

If you’re traveling outside of Tokyo, chances are you’ll be passing through this historic building shared by Instagrammer Caseyhu_ — Tokyo Station.
In 2014, the station celebrated its 100th birthday.

The inside is just as marvelous as the out.
This photo of Tokyo Station’s ceiling was shared by Instagrammer marletds.
Read more about its remarkable history here: 100 years of trains, tourism and secret tunnels.

A cake, this is not. Beauuuutiful ceiling of Tokyo (train) station. I can stay there all day and just people watch or marvel at the architectural design and its interiors. 11.13.15 #iphonephoto #iphoneography #mobilephotography #iphone6 #TokyoStation #Tokyo #Japan #travel #travelgram #SoloinTokyo #FunTokyo #nofilter #exploreJapan #CNNMyTokyo

Naturally, our social followers offered plenty of tributes to Tokyo’s incredible food scene.
Abrooklyntraveler says Tsuta, in Toshima, serves the best ramen she’s ever had.
No surprise there though, given last year it became the world’s first Michelin starred ramen shop.
Want to give it a taste?
Blogger Ramen Adventures has a nice post on how to get in to Tsuta.

#tb to the place that serves arguably the best ramen in Japan and certainly the BEST I've ever had – Tsuta! Anticipating a long line, my friend and I headed out early, but to our surprise we arrived an hour before they opened with no one on line. A guy setting up inside saw us lingering and he came out to hand us a number. I don't know if it was the rain, but we waited on line for like 15-20 minutes tops before we got a seat. At about 1200 (~$12 USD) it was worth every yen!! #cnnmytokyo

Whoever thought a slab of octopus could look so beautiful?
A foodie, that’s who.
Instagrammer Doctor.jd shared this delicious photo he took at Tsukiji.

Most of us have been inside or at least seen photos of Tsukiji.
But have you ever checked it out from above? We love the new perspective Instagrammer Surftohorizon offers in this aerial photo of the facility.

For that non-traditional, high-tech sushi experience, Twitter user Andrew Tsao recommends Genki.
First, diners order their dishes on a tablet.
It then comes rushing to the table on a track, sitting atop a little car shaped like a Shinkansen bullet train.
But nothing’s as wild as Tokyo’s Robot Restaurant, singled out by Twitter user Fabien Clerc.
It’s a sci-fi cabaret club where big robots meet ninjas meet dancers in sparkly bikinis.
Flooded with neon lights, mirrors and golden seashell-shaped armchairs, the restaurant in the Kabukicho area of Shinjuku cost JPY10 billion (or $10 million) to construct.
Meanwhile, one Twitter user had this to offer about the crazy Robot Restaurant:
Duly noted, sir.

Doesn’t get more literal than this. Shibuya’s Nonbei Yokocho — a.k.a. Drunkard’s Alley — is filled with bars and restaurants.
Shared by Instagrammer Happynomad_

Over in fashionable Ebisu you’ll find Ebisu Yokocho — a fantastic strip of watering holes that was seemingly made for bar hopping, as seen in this image by Instagrammer Meagankpearl

There’s a reason countless artists and fashion designers cite Tokyo as a constant source of inspiration for their designs.
It’s arguably the world leader when it comes to street style — thus a street photographer’s dream destination, too.
Photos here provided by Twitter users Ben McKechnie, Lara and Brian .
And last but certainly not least, we bring you the people watching capital of the world — Harajuku.
It’s where Japan’s youth subcultures gather on Sundays to see and be seen.
In addition to boutique cafes and shops aside, Harajuku is also home to Laforet fashion mall: a mecca for Gothic Lolitas and Gyaruo boys as well as other avant garde fashionistas.
We think this photo by Marlet Salazar captures its unique beauty quite nicely.

Got your own Tokyo photos to share? Tag ’em with #CNNMYTokyo.