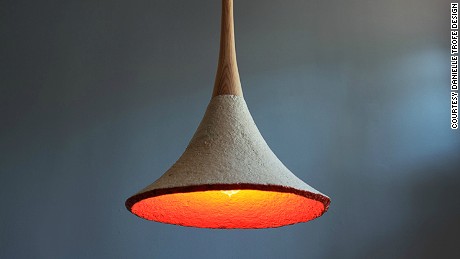 (CNN)Lamps and armchairs made of mushroom roots and garbage may sound futuristic, but they’re already in the hands of interior designers.

Various types of packaging, wood panels and insulation can also be made from the stuff, which is grown by New York-based biomaterials company Ecovative.
The ingredients are agricultural byproducts such as soy and corn husks, mixed with mycelium — the tubular filaments of fungi, which often serve as underground root networks — that acts like glue.
“The best technology in the world is natural technology,” says Ecovative’s CEO Eben Bayer.
“Mycelium is nature’s glue. It’s what holds the forest floor together.”

The process is called “biofabrication,” and it was devised as an alternative to plastic production.
The waste comes from nearby farms, and the finished products are even compostable. The aim is to divert waste from landfills and oceans
Use of plastics around the world is increasing and expected to double in the next 20 years. Much of it ends up in the oceans, which will contain more plastic than fish by 2050, according to a report by the World Economic Forum. 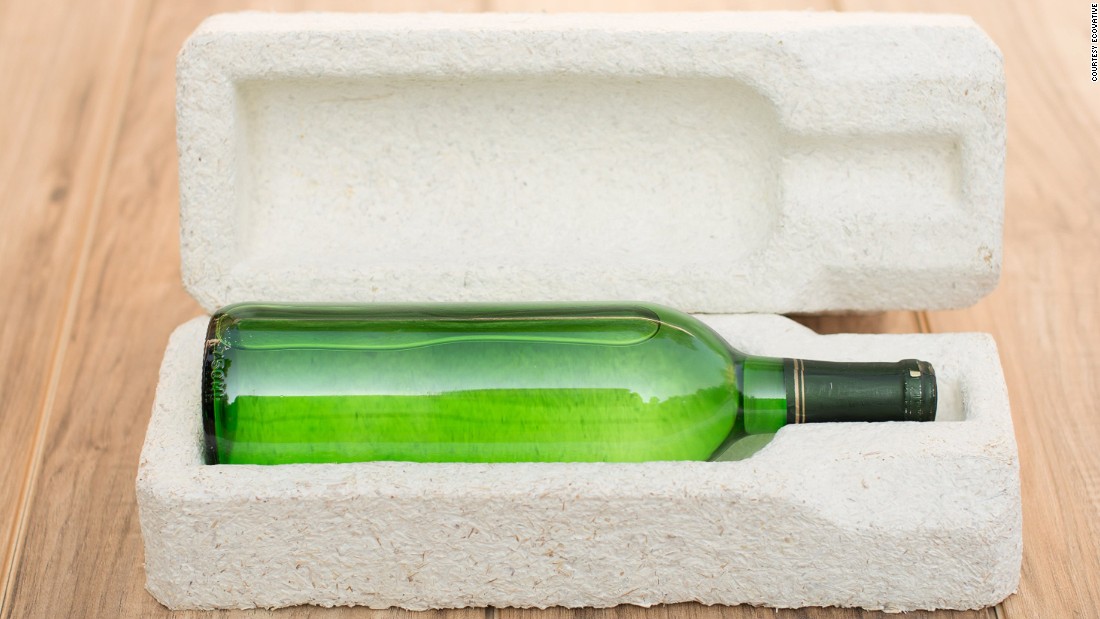 While you can’t make plastic bags from mushrooms, the material can replace some packaging and offers an alternative to styrofoam. Dell, for example, use Ecovative’s compostable packaging, which breaks down within 30 days once discarded.

Making this seemingly magic mushroom material is simpler than it sounds, says Bayer: “I like to call it low-tech biotech. It’s almost like making bread.”
Water is added to the agricultural waste. Then a drop of the mycelium cells, which begin to grow, feeding on the waste.
“They grow like little hairs. Each mycelial cell is like a fraction of the width of one of your hairs,” he explains. “And they grow through and around the particles.”

After an initial growth period it is mixed again and put into moulds or plastic bags, where it hardens and grows into shape.
The form and type of mould depends on the product. Harder materials are pressed into shape and then baked in the oven to kill off the fungi. This gives it a shelf life similar to that of wood.

Make your own mushroom interiors

Ecovative sells a DIY kit to designers who grow the material in their studios.
“We make our raw materials available in a living form. It’s dehydrated, like a sea monkey.”
New York based studio Danielle Trofe Design has just grown 50 lampshades for a new hotel in Brooklyn, Bayer says.
“And that’s what we want — to see more people using mycelium and other grown materials to make products.” 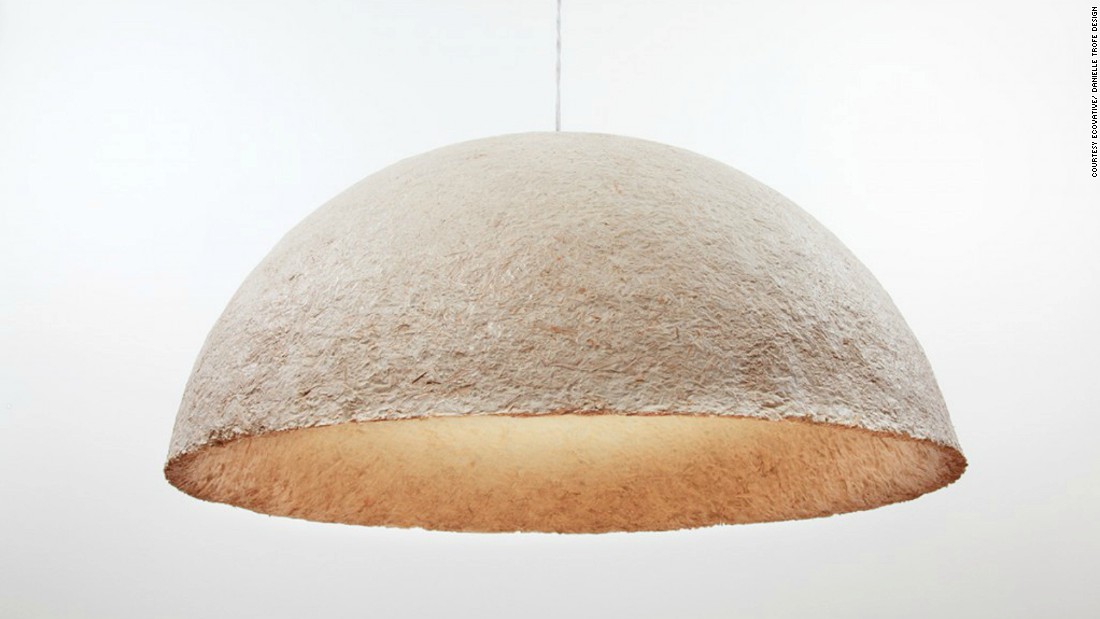 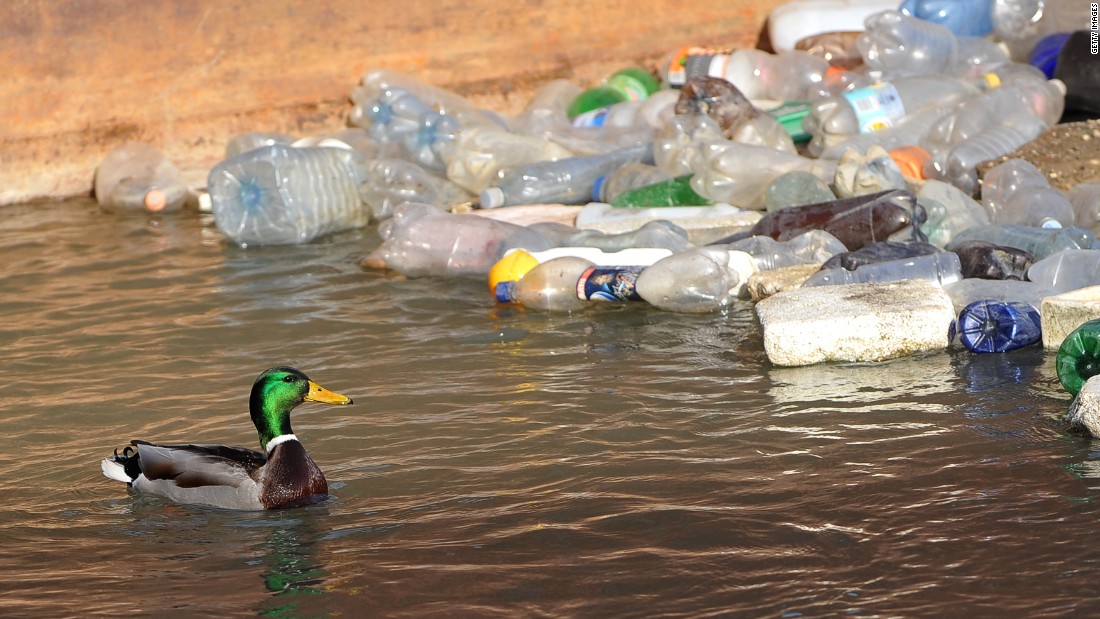 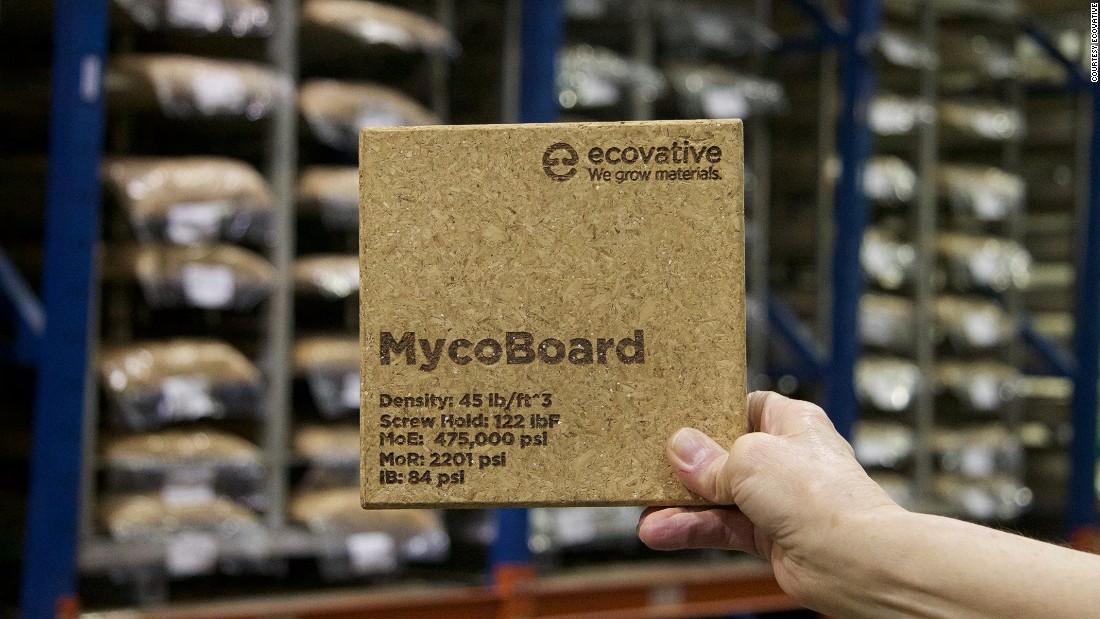 Ecovative’s alternative to engineered wood will be priced at the higher end of the price bracket, alongside higher quality boards.
Bayer is positive the market will open up, as people are becoming more aware of indoor pollution caused by formaldehyde-based resins.
He envisions a future where entire homes are grown out of natural, compostable materials.
“This type of innovation is needed across industries and sectors. It’s starting to happen already, and I hope to see that accelerating.”