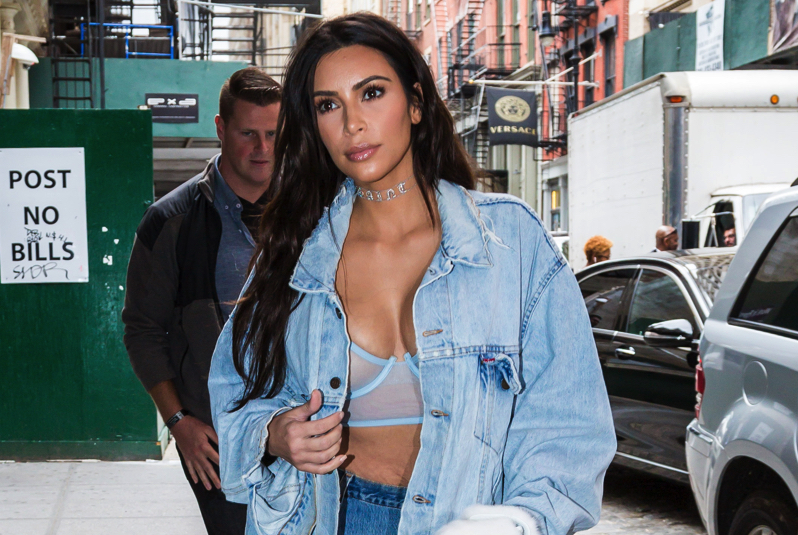 Kim Kardashianwho is currently undergoing some sort of Instagram transformation and legitimate life crisishas decided to pierce her nails. This comes after she’s spent the better part of the month trying to make lip rings happen again. Somebody should alert Kris, because clearly Kim is acting out some unresolved teenage feelings of rebellion.

Via her Snapchat, Kimmy shared a video of her nails with gold hoop piercings. 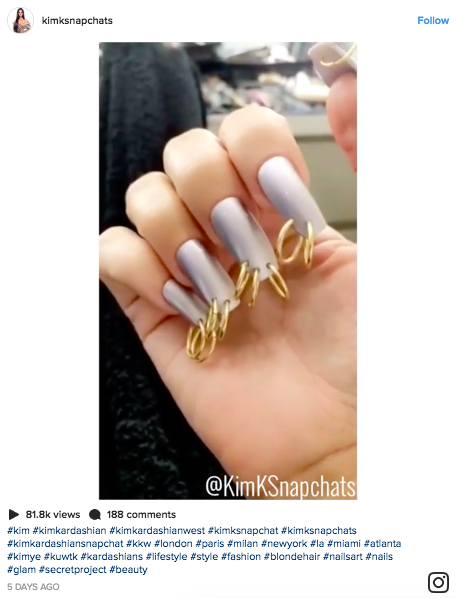 Then a few days later, she took it to a new, batshit level: 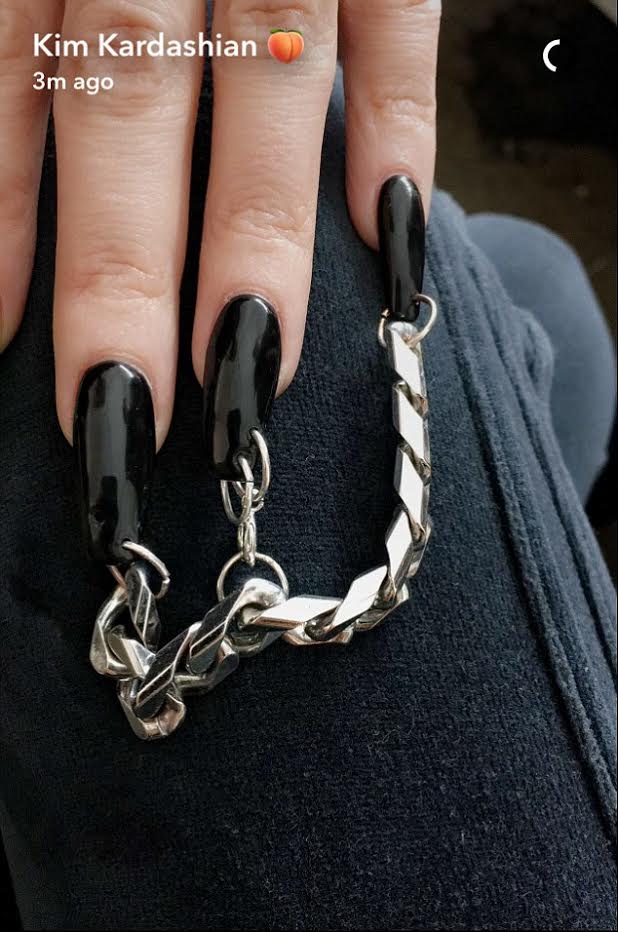 Because it’s 2017 and we have nothing more pressing to worry about, some people are up in arms about these impractical nails because hoop earrings aren’t Kim’s thing (so sad). Calling this a “new trend” when it isn’t new at all (Janet Jackson used to wear pierced nails all the time in the golden age i.e. the ’90s) is reminiscent of when the Kardashians wore cornrows and called them “boxer braids.” Or when Kylie claimed she invented wigs. Or when anyone related to Kris Jenner did anything, basically.

This is pretty much what’s happening:

The press:OMG NEW TREND ALERT EVERYONE.

Anyone else actually paying attention:

In other news, WTF can you even do with these nails besides IDK, fucking nothing?

You can’t text. You can’t button anything. You definitely can’t eat a sandwich. You absolutely can’t give a hand job. You 100% can’t (as Katie from like to say) give an OTPHJ. (That’s over-the-pants hand job.) What a useless way to live.

The best part about the nails, I guess, is that it’s a good way to immediately tell people you are literally not going to lift a finger. Which Kim Kardashian probably didn’t need to announce anyway because she probably hires people to button her pants and give Kanye OTPHJs.

But fuck cultural appropriation, the real issue here is that people are going to start piercing their fucking nails. One, is this just an acrylic option, or are there people out there who are actually sticking a needle through their fingernails? If so, can we just give these people free counseling instead? And two, if we’re really making pierced nails happen, WTF is next? People are already sporting multiple nose piercings, doing to their nostrils what most of us did to our earlobes in the early 2000s. Is there any body part left that millennials won’t unnecessarily jam a hoop through?

I think I speak for everyone when I say, fuck this millennial bullshit. Kim, I would have expected this from Kylie, not from you. I’m not mad; I’m disappointed.