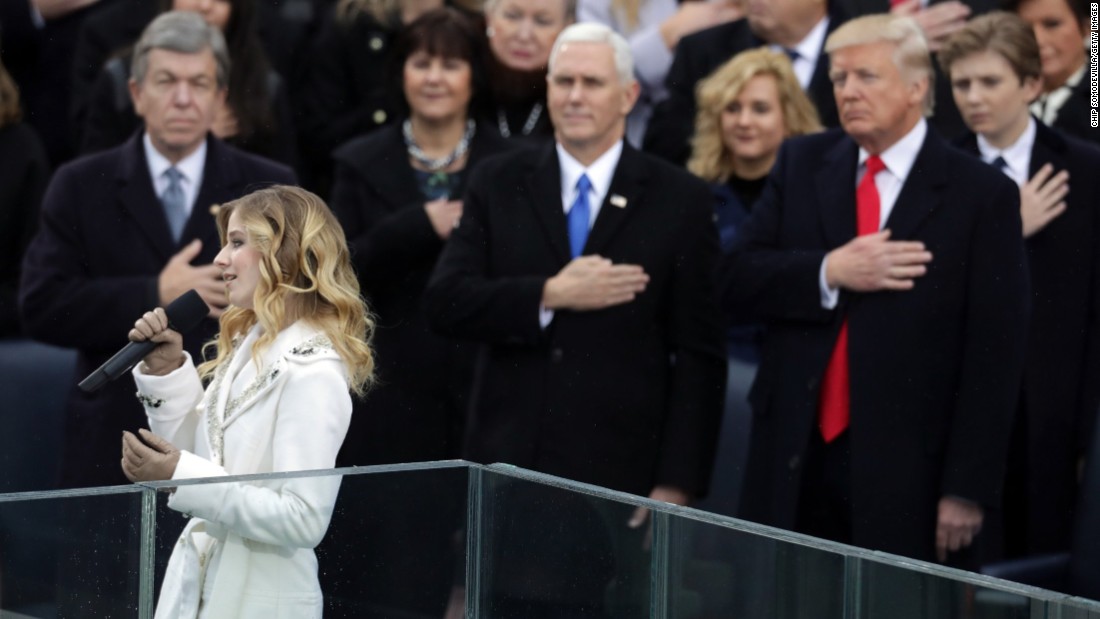 (CNN)She sang the national anthem at his inauguration, but on Wednesday, Jackie Evancho spoke against President Donald Trump’s politics.

“.@realDonaldTrump u gave me the honor 2 sing at your inauguration. Pls give me & my sis the honor 2 meet with u 2 talk #transgender rghts ” she tweeted, minutes after the Department of Justice withdrew Obama-era guidance on transgender bathroom use in public schools.
The “America’s Got Talent” star’s older sister, Juliet, came out as transgender in 2015.
“She told me she was transgender, and I was actually very happy for her because she finally found herself, and she can be who she wants to be,” Jackie Evancho told People Magazine at the time.
The singer wrote earlier Wednesday that she was “obviously disappointed” by the forthcoming decision.
“I am obviously disappointed in the @POTUS decision to send the #transgender bathroom issue to the states to decide. #sisterlove,” she tweeted.
The White House did not immediately respond to CNN’s request for comment.
Evancho faced backlash for accepting the Trump transition team’s invitation to perform at the inauguration, but the then-President-elect said in an early January tweet that her album sales skyrocketed after the announcement.
“Jackie Evancho’s album sales have skyrocketed after announcing her Inauguration performance. Some people just don’t understand the “Movement,” he wrote.
Evancho dismissed criticism that her performance signaled support for the incoming administration, telling CNN she wasn’t getting involved with politics.
“[Fans] are upset for the wrong reasons. I’m not involved in politics,” she said ahead of her January performance. “I’m doing this because it’s a privilege and an honor to perform for my country.”