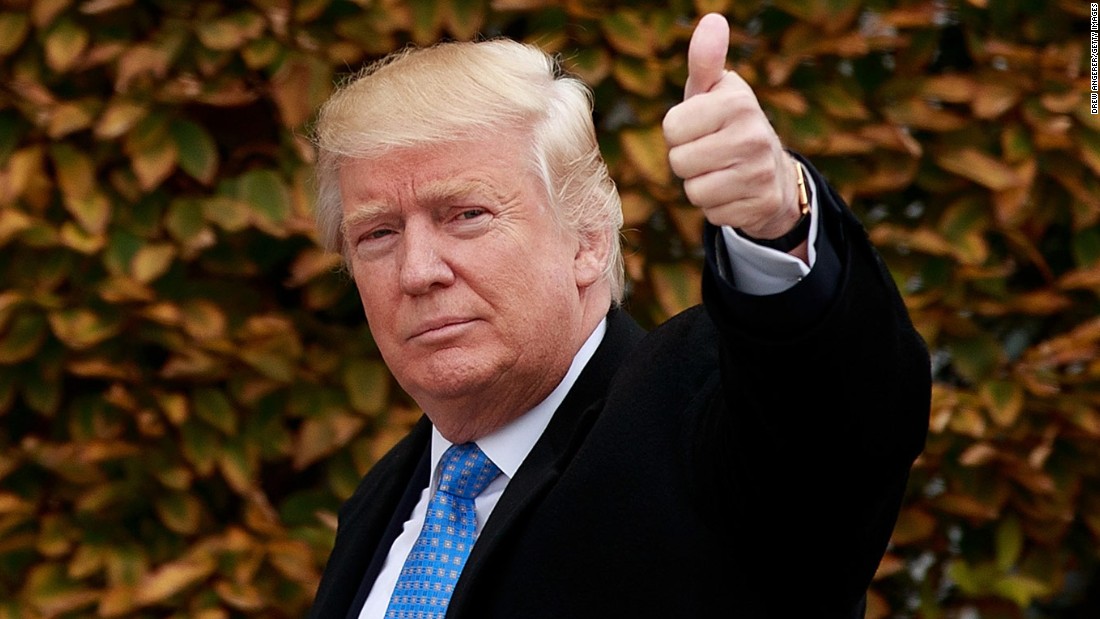 (CNN)It doesn’t seem like President-elect Donald Trump is going to stop tweeting any time soon. Unless his advisers take away his Internet access, the basic means of communication that he used as a candidate will become his bully pulpit as president for the next four years. He will continue to provide, in 140-character bursts, nonstop commentary from the Oval Office and — on the weekends — from Trump Tower in New York City.

This past weekend, “Saturday Night Live” featured a blistering skit, with Alec Baldwin as Trump, obsessing over retweeting the rants of his followers, from high schoolers on up, instead of paying attention to security briefings from officials who are having trouble swallowing that the inauguration is weeks away. Of course, in real life, Trump couldn’t resist tweeting a response: “Just tried watching Saturday Night Live — unwatchable! Totally biased, not funny and the Baldwin impersonation just can’t get any worse. Sad.”
There are some virtues to what he has done. Every so often, a new president displays a feel for media and demonstrates how it can be used to make his case politically. In the right hands, Twitter could indeed become a powerful way for elected officials to break through some of the rigid barriers imposed by the news media, interest groups and partisan leaders.
As with radio in the 1930s, back when many Americans felt that Franklin D. Roosevelt was speaking directly to them in their living rooms amid a horrendous economic crisis, Twitter creates a sense of intimacy, letting citizens know what is going on and connecting them to their politicians. 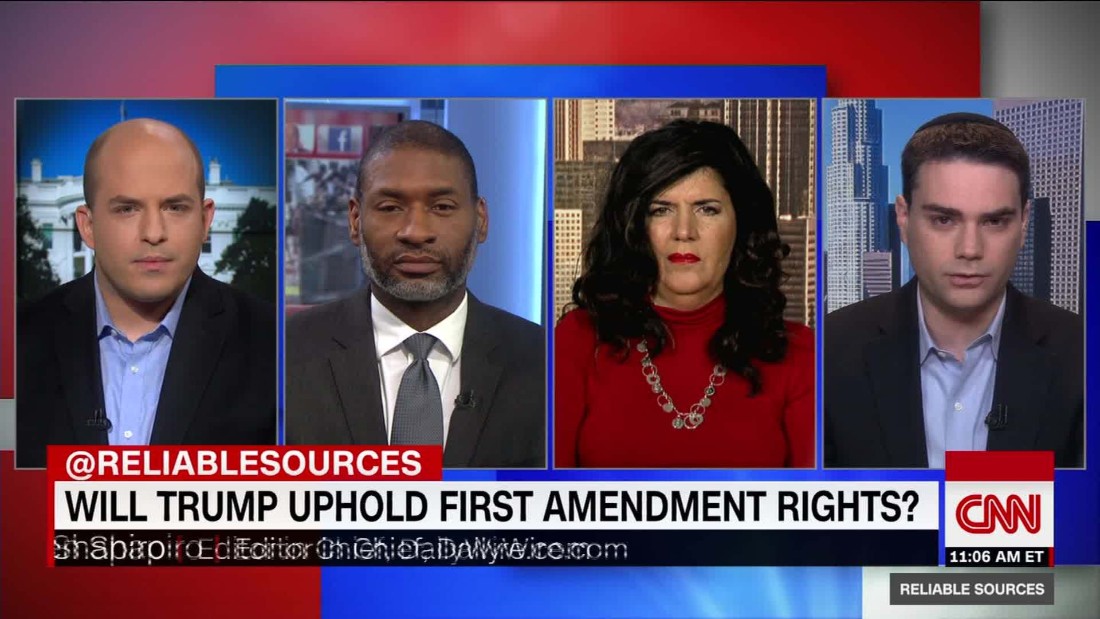 But that’s not what we’ve seen from most of Donald Trump’s tweets. Perhaps before he starts his time in the White House, it would be useful to lay down a few of the ground rules about what politicians should avoid when they start to tap characters into the “What’s Happening” box and instantly share them with the world.
Some rules:

One of the most difficult parts of serving as the commander in chief is handling the delicacies of foreign policy. Each statement uttered by the president of the United States can have huge ramifications, even creating dangerous situations for our military and our citizens. Some Soviet leaders were reportedly shaken when word leaked that President Reagan, who was joking, said during a microphone check before a 1984 news conference: “My fellow Americans, I’m pleased to tell you today that I’ve signed legislation that will outlaw Russia forever. We begin bombing in five minutes.”
International relations are extremely tricky, given that the president is dealing with so many nations, each with its own history, its own perception of events, its own internal tensions. When foreign leaders hear or read something from the president, they will naturally read into the statement some kind of signal about what the US might do.
It’s not always easy to know when someone is joking. The wrong statement can easily insult a leader or even instigate a movement in another country, resulting in violence or the breakdown of diplomatic relations. So when Fidel Castro passes away, tweeting “Fidel Castro is dead!” is exactly the kind of tweet that can’t be acceptable.
Trump’s tweets after Castro’s death, including “If Cuba is unwilling to make a better deal for the Cuban people, the Cuban/American people and the US as a whole, I will terminate deal,” amounted to diplomatic threats.
After coming under criticism for taking a call from the president of Taiwan, breaking four decades of diplomatic practice, Trump responded by firing off more tweets: “The President of Taiwan CALLED ME today to wish me congratulations on winning the Presidency. Thank you!”
And then: “Interesting how the U.S. sells Taiwan billions of dollars of military equipment but I should not accept a congratulatory call,” as he sank deeper into potentially threatening a showdown with China.
Soon after this happened, China lodged a complaint with the United States about what the President-elect had done. “We urge the relevant side in the US to adhere to the ‘one China’ policy, abide by the pledges in the three joint China-US communiqus, and handle issues related to Taiwan carefully and properly to avoid causing unnecessary interference to the overall China-U.S. relationship.”
What did Trump do? Push out tweets critical of China’s handling of its currency and of its actions in the South China Sea.

Our national security challenges require great caution from leaders. With terrorism as the major threat that we face on a daily basis, elected officials have the difficult job of keeping calm amidst tragedy and remaining extremely cautious when making statements about what has happened in a given event: the wrong words can dangerously inflame passions or provide skewed interpretations.
Many older Americans will remember how the media initially blamed Muslims for the Oklahoma City bombing in 1995, although it turned out that white nationalists were behind the carnage. The role of the leader is to maintain a national security infrastructure that protects citizens, to guide Americans through troubled times and to maintain calm as the government responds to acts of violence. His job is not to target particular social groups or make poorly informed statements about public policy.
After the recent Ohio State University shooting, Trump responded: “ISIS is taking credit for the terrible stabbing attack at Ohio State University by a Somali refugee who should not have been in our country.”
It seems inevitable, unfortunately, that during Trump’s presidency there will be more acts of violence, and he would do better if he refrained from using this medium to make statements about what happens, other than to offer calming words.

It is absolutely vital to the health of our democracy that journalists feel that they have the freedom and the space to produce honest accounts of what’s going on in Washington and to offer readers and viewers hard-hitting stories about our nation’s leaders.
To be sure, they shouldn’t expect that this will be easy. Presidents have often lashed out against the press when they come under attack; recall President Nixon’s hostility to the press and his vice president, Spiro Agnew, commenting on the “nattering nabobs of negativism.”
In his recent tweets, Trump has gone after specific people. When CNN’s Jeff Zeleny reported that there was no evidence to support Trump’s assertion of massive voter fraud, Trump retweeted aggressive statements from his followers — “what PROOF do u have DonaldTrump did not suffer from millions of FRAUD votes? Journalist do your job!” and “just another generic CNN part time wannabe journalist!”
After a few more of those, Trump issued his own blast against @CNN. These kinds of tweets should not be part of the presidential arsenal. In an atmosphere that quickly turns hostile and aggressive (many Jewish journalists, for instance, found themselves under attack from anti-Semites during this campaign) the president can’t legitimize such practices. Journalists may become scared of reporting on the facts, and news organizations may fear punitive action against them for being too tough on the White House.

The thing about Twitter is that there are no editorial filters. When the president makes a claim, it instantly goes out to all his followers, becomes the subject of reporting and national conversation and can quickly be seen as the truth. While it is true that all presidents tell lies, it has only been a few weeks since the election, and we have seen the President-elect make a series of stunning claims that have no foundation in serious evidence.
Many were taken aback when Trump tweeted that “In addition to winning the Electoral College in a landslide, I won the popular vote if you deduct the millions of people who voted illegally.” Trump went on to claim that there was “serious voter fraud” in states like Virginia, New Hampshire and California.
Not only is his claim patently false, but it undermines public confidence in the election process without any justification, continuing a strategy he employed in the final month of his election when he couldn’t stop speaking about a “rigged election.”
More troubling is the fact that this assertion will lend support to the ongoing campaign among some conservatives to make voting more difficult and cumbersome through voter fraud laws. In an era when it is becoming harder to tell fact from fiction, the president must be an apostle of truth, demonstrating extreme discipline and not putting out false claims that produce dangerous decisions.

Twitter is not an appropriate mechanism for the president, or president-elect, to start issuing threats. In one of his recent tweets, Trump started to threaten any business that moved its factories overseas with a 35% tariff.
Most economic experts are dubious that the president would have this legal authority. But even if he did, Twitter is not a platform for the president to use his authority to try to scare people into action. This can have dangerous consequences for the market and for civil liberties. Given Trump’s extensive business interests — and it is unclear if he is planning to let go of any of them while he is president — this will also cause concerns about how he might be using his office to advance his own economic interests. The Twitterverse is already toxic enough. There is no room for the president to fuel that atmosphere.
The power to tweet is serious when one is the leader of an entire country. Donald Trump already demonstrated some of the destructive ways this tool could be used during the campaign. The costs were already high then, as some of his statements encouraged a new level of vitriol and anger than we ordinarily see in America.
In the hands of the most powerful politician in the country, and one of the most powerful individuals in the entire world, one wrong tweet can have disastrous consequences.