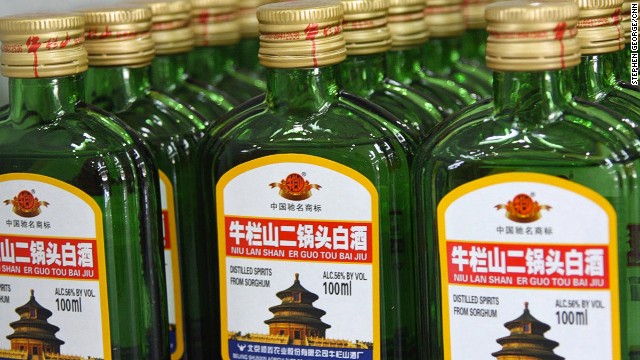 Beijing (CNN)It’s the most widely drunk hard liquor in the world but it’s rarely found on cocktail menus.

Baijiu, distilled from sorghum and rice, rules every festive occasion in China, where it’s the tipple of choice for everything from wedding receptions to business banquets.
It’s especially popular during celebrations for the Lunar New Year, which began Saturday, when shot glasses filled with the potent spirit are thrown back and slammed down on the table in endless rounds of toasts. 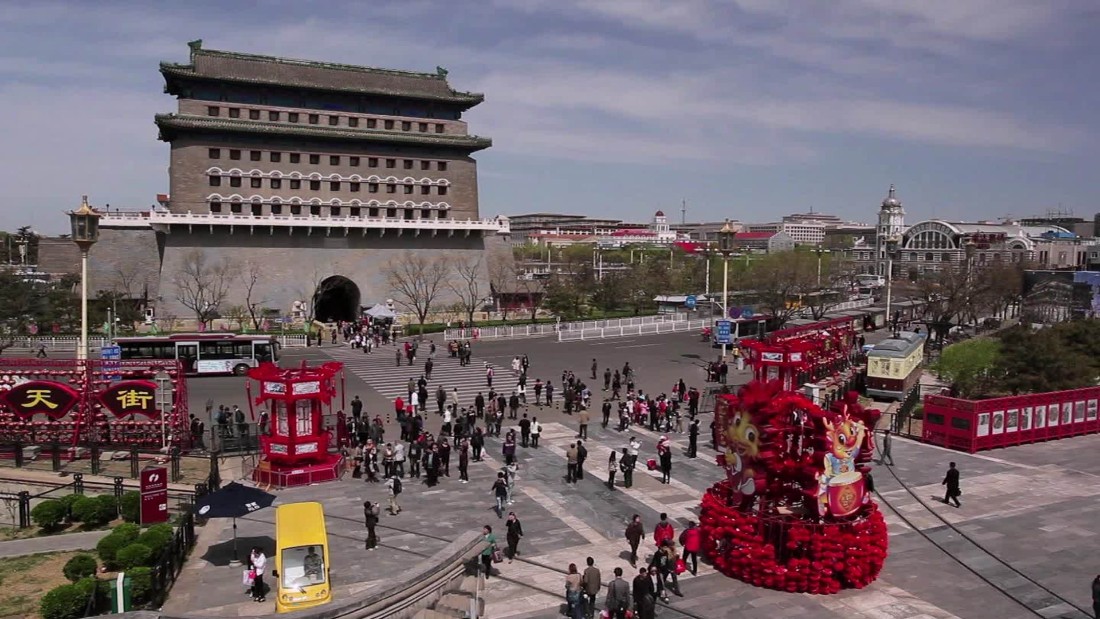 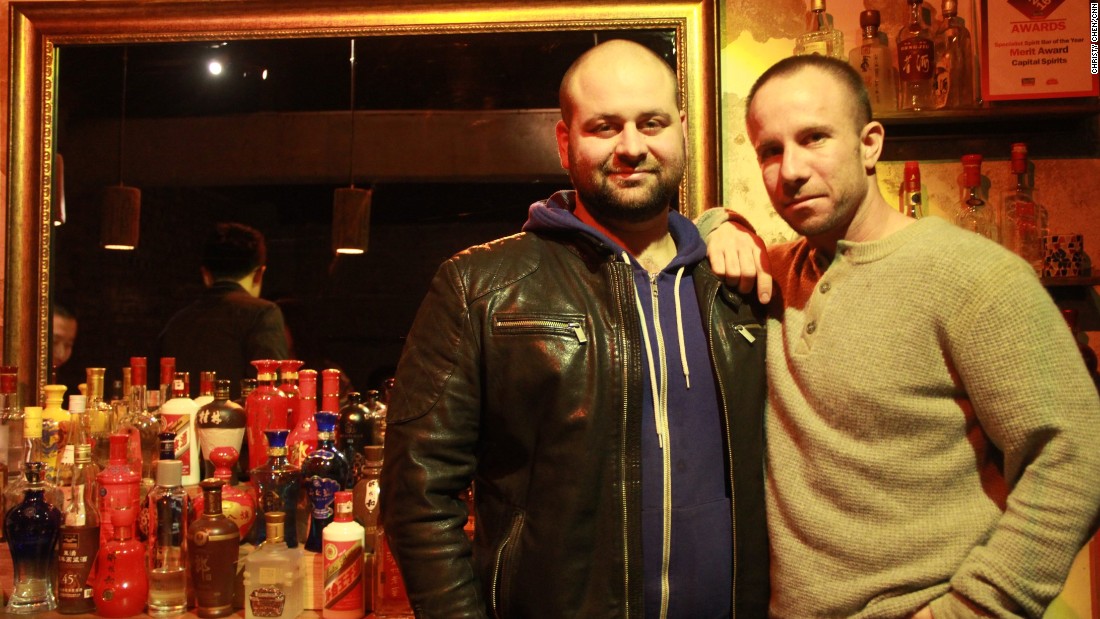 Isler’s advice for baijiu newbies is this: “Don’t drink with Chinese people.”
He suggests people approach the drink “on their own first” instead of being thrown into a Chinese banquet and forced to ganbei — bottom up — round after round.
“By the time they drink with Chinese they should know what baijiu styles they prefer and how much they can drink,” he says.
Capital Spirits, for example, offers baijiu flights — four 10 milliliter mini shots of the basic baijiu styles, going from the mildest to strongest.
Baijius are mainly categorized by these four aroma profiles.
Rice aroma: Originating in southern Guangxi province, this is probably the lightest among the four types. Unlike other baijiu styles, it’s made from rice, which gives it a sweet, floral tone. A fine example of this type of baijiu is Guilin Sanhua, made using water sourced from the picturesque local Li River.
Light aroma: This style dominates the north, especially around Beijing. Fermented solely from sorghum, the light aroma isn’t matched by ABVs as high as 56%. The brand Erguotou, with its iconic square-shaped bottled, falls into this category. In terms of the taste, light aroma baijius are usually delicate and dry.
Strong aroma: China’s most popular baijiu is produced with at least two different grains and fermented in mud pits, giving it a more complex and almost overripe flavor. A fine example is Luzhou Laojiao, a distillery that brews the spirit of the same name and is one of the oldest still in production (from 1573).
Sauce aroma: Some say this almost savory drink’s flavor resembles soy sauce. The most popular brand, Moutai, produced using labor-intensive methods in Guizhou province, is the most expensive type of baijiu. A batch of Moutai has to go through rounds of subterranean fermentation so it usually takes a year to produce.
MORE: The world’s best beer-brewing countries
“In terms of depth of flavor, vodka or gin drinkers may tend to the light aroma type, whereas whiskey or rum drinkers may prefer the strong aroma type,” Isler says.
For non-purists, Isler also offers cocktails, among them are twists on classic cocktails like the Baijiu Sour, Crabs Island Ice Tea and Szechuan Sling.
There are also original baijiu recipes:
There’s CS’s house special — mixed with cinnamon schnapps and rice aromatic baijiu.
Tinache, with sweet and mellow passion fruit and pineapple, perfectly balances out the dryness of Fenjiu (a light aroma baijiu from Shanxi).
Even the “unmixable” saucy Moutai is tamed by the silky coconut milk in the bar’s best seller — Coco Moutai Cream. 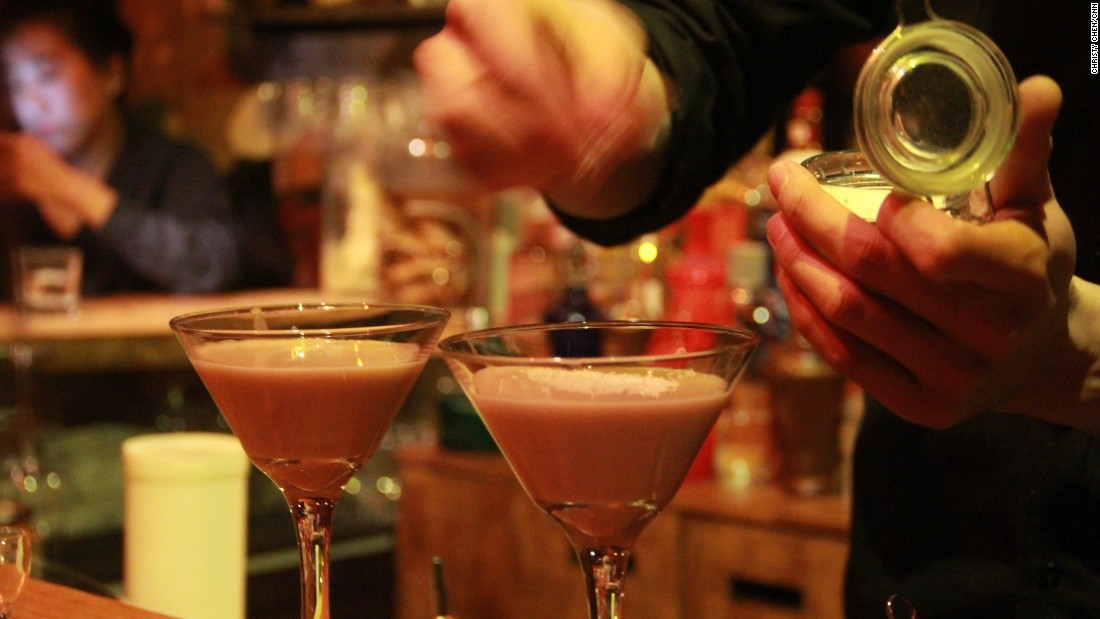 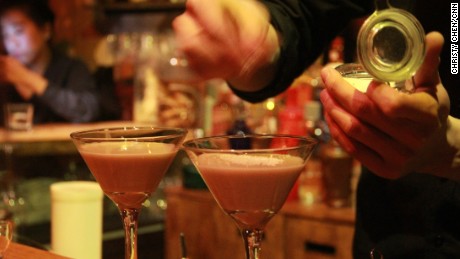 Is baijiu poised to take over the world?

There are signs that appreciation for baijiu is starting to spread.
Jim Boyce, a Canadian wine expert based in Beijing, is the founder of World Baijiu Day, aimed at promoting the best-selling yet little-known spirit.
He said 30 Baijiu Day events were held in 20 cities around the world last year.
Dedicated baijiu bars are now found in Liverpool and New York.
There are also a growing number of overseas baijiu brands. ByeJoe in the United States, Taizi in New Zealand and Dragon’s Mist in Canada are milder versions of China’s most eye-watering drink.
MORE: The Chinese dishes Chinese people love most
In China, people are experimenting with baijiu too.
Seminars are being held on how to pair it with food and some entrepreneurs have developed baijiu-infused ice cream, pizza and gummy bears. A chef in Beijing even created deep-fried baijiu cake.
The government is also promoting baijiu tourism, a Chinese version of a Bordeaux tour in Maotai, Guizhou province.
Boyce suggests first timers “compare and contrast” different baijiu styles side by side.
“Just as with a flight of wine or whiskey or tequila, a flight of baijiu is bound to make you think more deeply about smells, tastes and, ultimately, preferences,” he says.
“Lots of people assume all baijiu is pretty much the same. Trying different styles side-by-side reveals a great deal of diversity.”
MORE: And the world’s best bar for 2016 is…