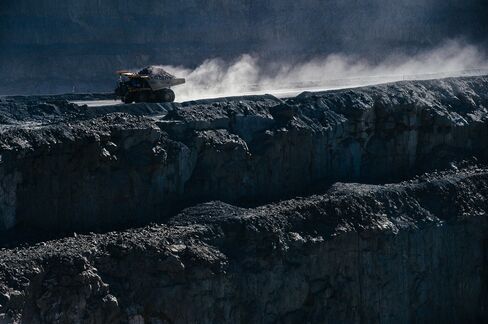 A black-and-yellow dump truck rumbles up from a giant pit in the mountains of southern Africa, carrying a load of freshly blasted slate-gray rock from the Letseng mine. With luck it will contain a golf-ball sized diamond worth perhaps $20 million.

With even more luck the stone wont get smashed.

Keeping giant gems intact during the mining process is a challenge for the two companies that account for most of the global production of these multi-million dollar whoppers. Theyve unearthed 15 of the 20 largest diamonds found in the past decade. Almost every one lost a chunk at some point in the process, including a stone called the Lesedi La Rona that is the largest found in more than a century.

Since the time of the caveman mining hasnt changed much. You pulverize the rock and take out what you want, said Clifford Elphick, chief executive officer of Gem Diamonds Ltd., which runs Letseng. Thats fine in the metals business, but in the diamond business its not an appealing technique.

Gem Diamonds, which operates Letseng in the small kingdom of Lesotho, and Lucara Diamond Corp., which opened its Karowe mine in Botswana in 2012, are in a very different business from De Beers, the worlds biggest producer. With large stones their core business, rather than an unexpected windfall, theyre trying new scanning technologies to reduce accidental breakage.

Back at the mine, Thaabe Letsie watches the truck ascend the open-cast pit under a clear winter sky, pauses from directing four drilling machines and says the mining process is a long way from the glamor of the end product.

Somebody is over there in Hollywood or wherever shining with what I produce, said Letsie, 43, wearing a scarf beneath his hard hat and a fleece-lined fluorescent yellow jacket to protect him from the zero-degree Celsius (32-degree Fahrenheit) temperature and icy winds. But something has to start somewhere. Its not pretty work.

But its thorough. The diamond-bearing rock, known as kimberlite, is drilled, blasted with explosives, hoisted and hauled around the mine and plant and crushed repeatedly in order to pry the gems from inside rocks that can be up to a meter square in size. The Letseng mine produces just 1.6 carats of diamond (a carat is 0.2 grams) for every 100 tons of rock. That means each giant dump truck, on average, hauls out less than a small engagement rings worth of gems. By contrast, there are 130 carats per hundred tons at De Beers Jwaneng diamond mine, the worlds largest.

The things that makes it worth the hunt at Letseng are the sheer size and quality of its stones. Its average value of $2,299 per carat is the highest in the industry, according to Gem Diamonds earnings released in March. The De Beers diamonds sell for $207 a carat, on average.

Just last week, prices for the giant stones took a hit when Lesedi La Rona, the massive diamond found by Lucara, failed to sell. It had been tipped to fetch $86 million, based on prices paid at a sale in May, but the highest bid at the Sothebys auction was $61 million, below the reserve price. The offer was still the second-highest ever for a rough diamond.

The worlds biggest and rarest diamonds have proven more resilient than smaller stones. Prices for rough diamonds slumped 18 percent last year, the most since the financial crisis in 2008, amid lower demand and an industry-wide credit crunch.

Gem Diamonds resurrected the Letseng mine in 2006 following De Beers, which had closed it in 1982 amid a downturn in diamond prices. Run by ex-De Beers staffers, including Elphick, the company since then has waged a constant battle to reduce the number of large stones it breaks.

Weve made important inroads, but we certainly havent solved the problem because were still using using the same basic technology, said Elphick. What will solve this is a massive technical breakthrough. That is the holy grail for us.

Last year, Gem Diamonds introduced so-called XRT scanners, which can identify loose diamonds from a conveyor belt of rubble and move them to a secure area for processing.

While X-rays have been used to identify diamonds since the 1970s, its only in the last few years that computer-processing power has become sophisticated enough to analyze the sheer volume of rubble generated from mining. XRTs are also more adept at picking out the more valuable diamonds because they can analyze stones chemical composition rather than simply their ability to reflect light, which is used in the older scanners.

Gem Diamonds is currently considering introducing XRT scanners earlier in the process, before the mined rocks are crushed, to minimize the risk of breaking them, according to Alan Ashworth, who stepped down as chief operating officer last week.

We suspect there is the odd 1,000-carat diamond contained within the ore body, he said. But you never know when the diamond is going to be liberated.

The company recovered a dozen diamonds bigger than 100 carats last year, compared with just four in 2012. Still, all its giant gems have had chunks broken off, including a 357-carat rock that sold for $19.3 million last year, and this centurys third-biggest stone, the 603-carat Lesotho Promise, unearthed in 2006.

Some of those breaks can be fortuitous. Lucara says that had they not broken a 374-carat chunk off their 1,109-carat stone it would have been crushed to pieces in a plant not designed to take such big stones.