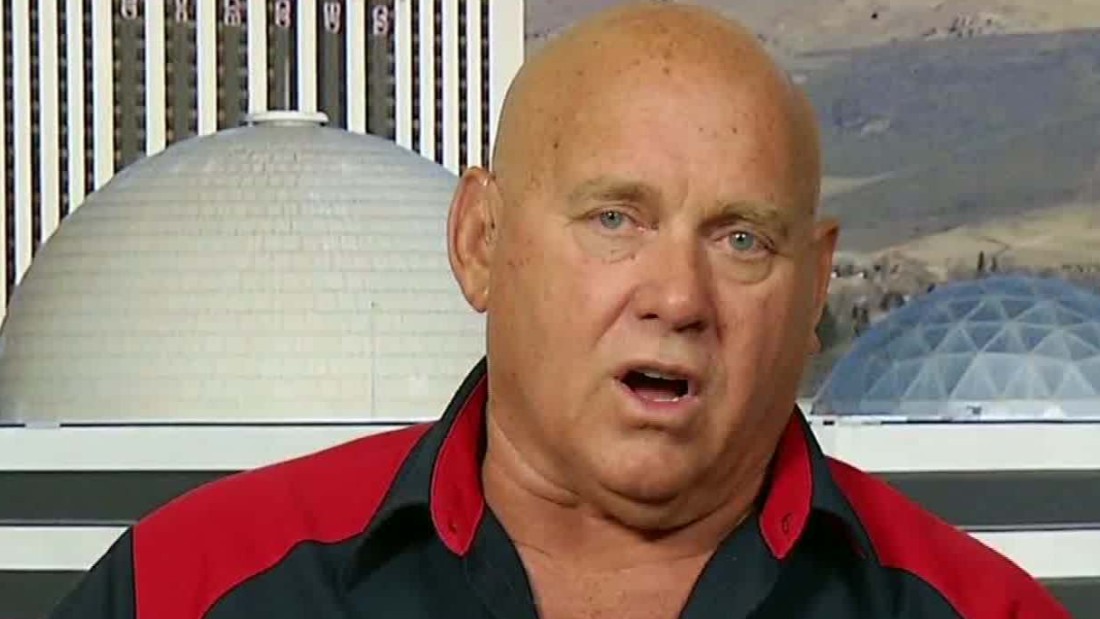 (CNN)Nevada brothel magnate and reality television star Dennis Hof has gone by many nicknames over the years, some self-appointed, others bestowed upon him: “American pimp,” the “P.T. Barnum of Booty,” “America’s pimpmaster general.”

Beneath the colorful monikers, Hof is a hard-nosed businessman who dove into damage-control mode when news broke that basketball player Lamar Odom was found unresponsive in one of Hof’s seven Nevada brothels.
Hof shared details of Odom’s stay at the Love Ranch with CNN and other news outlets in an attempt to quash rumors that Odom used cocaine on the property.
Something about a brothel owner repeatedly disclosing details to the press of a client’s stay struck some as unprofessional, especially in a business premised upon discretion. But Hof has stood firm in his right to publicly defend his business, a brothel operating under Nevada law.
“My business is built on privacy and discretion,” he reiterated to CNN’s Michael Smerconish. “But when the ambulance pulls out and five minutes later TMZ calls me, you have to deal with it.”
To really understand Hof’s behavior is to believe, like he does, that legal prostitution is a business that should not operate in the shadows — a position Hof has long advocated in the media, in his recent memoir, and on the HBO series “Cathouse,” which documents goings-on in another brothel owned by Hof, the Moonlite Bunny Ranch brothel in Mound House, Nevada.
It’s more than a moral position for Hof — it’s a business strategy.
But what about the “hooker code” of discretion? Smerconish pressed. Didn’t Hof have an obligation to Odom to keep his mouth shut, to even conceal Odom’s reason for being there?
Maybe in the world of illegal prostitution, “but I don’t know anything about that,” Hof replied.
“It’s not any secret that he was at the brothel. It’s my job to protect my business and Lamar’s reputation,” he said.
“We’re not gonna sit back and let people throw rocks at us just because it’s a hooker,” he said. “These hookers are all making huge incomes and most of them have better educations than I do. They’re professional working girls.”

‘I wanted the girls to be independent’

It’s standard Hof — sex, money and self-promotion — to anyone familiar with the HBO show or his appearances on syndicated radio or TV specials on the debate over legalized prostitution (including the 2011 CNN special, “Selling the Girl Next Door“). As journalist Rebecca Mead noted in “American Pimp,” her 2001 New Yorker profile, “Hof exhibits the marketing man’s conviction that promotion will eventually be followed by product.”
When describing his growing empire — he owns seven of Nevada’s 18 brothels — he’s fond of saying he and his “girls” are not just selling sex, they’re selling “the adventure.”
Nevada brothels: Things to know in wake of Lamar Odom’s collapse
A series of outlandish stunts underscore his flair for courting controversy as self-promotion, such as the time he offered free services at his brothels to returning servicemen, or when he hired John Wayne Bobbitt to work as a driver, or the time he promoted a “Get My Grandpa Laid” contest on the “Howard Stern Show.”
In July, he made national headlines when he announced he was setting up an exploratory committee to look at a U.S. Senate run as a Libertarian.
Along the way, he befriended Hustler pornographer Larry Flynt, former Hollywood madam Heidi Fleiss and porn star Ron Jeremy, all of whom served as advisers in building his brothel empire.
He has used his platform to speak out against sex trafficking and advocate for legalized prostitution, arguing that it’s not only good for women in the trade but good for business.
Hof laid bare his motives in the 2015 memoir, “Art of the Pimp,” which recounts his rise from gas station owner to real estate broker to brothel baron.
When Hof took over Nevada’s oldest brothel, the Moonlite Bunny Ranch, in 1992, he applied his business savvy to prostitution, by turning the brothel into a “destination.”
“Over the years, I had created some of the best sales teams in the country. If I could teach a high-school dropout how to sell a time-share, surely I could teach a hooker how to sell herself,” he wrote in his memoir. “I wanted the girls to be independent, to set their own prices and make their own deals.”
He changed the name to Dennis Hof’s World Famous Moonlite BunnyRanch and made the prostitutes independent contractors with the right to refuse any act or customer. He brought in financial advisers to teach the women about personal investing, sales and negotiations. In exchange, the women split their earnings with the house, paid for their own healthcare services, sex toys and living expenses.
“Every girl has their limits, and I want a willing buyer and a willing seller,” he told iHeartRadio host Nikki Sixx in March. “When you change things that drastically everyone thought he’s a square, this is never gonna work. And, now, I own all my competition.”

The other side of fame: ‘Creepy and vile’

Hof was born in Phoenix in 1946. When his grandfather died, his mother told him to take a “little memento,” from his grandfather’s room, Hof wrote in his memoir. He chose Dale Carnegie’s book, “How to Stop Worrying and Start Living,” and it left an impression on him. Growing up he worked at a gas station and saw a business opportunity. He bought his first gas station in Phoenix and by 1971 he was running five.
He married at 18 and later divorced. As he bluntly said in the New Yorker profile, “I ended up getting a girl pregnant, ended up getting married, ending up having a second child all because I wanted to have sex.”
As he tells it in his memoir, during the 1972 gas shortage, a woman who owned a massage parlor in Reno approached him and said her girls couldn’t get to work because they couldn’t get gas. Hof agreed to set aside fuel for her employees in exchange for their services anytime, free of charge.
His describes his time there as a “sexual awakening.” He began hanging out at the Moonlite while expanding his business portfolio into real estate, eventually developing time-share communities in San Diego. When he learned the Moonlite was up for sale he jumped at the opportunity to buy it for $1 million.
Hof became famous, and the 2001 New Yorker profile brought him a new level of exposure. The HBO show, launched in 2005, brought him into America’s living rooms and introduced the country to a different narrative of legal prostitution.
He opened six more brothels in Nevada, including three in southern Nevada on a recommendation from Fleiss.
At times, the exposure surfaced a different side of the beneficent entrepreneur. Unseemly accounts surfaced from former employees who accused him of sleeping with the girls, giving preferential treatment to his favorite at the moment, and creating a hostile environment by pitting them against each other.
Hof more or less owned up to the claims in his memoir, describing how his relationships with civilians and prostitutes ended with him cheating until he decided to date only prostitutes with the understanding that he was not interested in monogamy.
He also ceded significant space in his memoir to exes and former employees, who called him a “soulless pimp” a “narcissist.” Even Chicago shock jock Erich “Mancow” Muller, who has hosted Hof on his show, described aspects of his personality as “creepy and vile.”
As the New York Post’s Larry Getlen wrote, “by the book’s end, one wonders if this memoir had been secretly written by Hof’s enemies, as any goodwill he’s managed to earn is erased by just how toxic others consider him.”

Wearing narcissism as a ‘badge of honor’

Upon arriving at the ranch, former Bunny Cami Parker recounts in the memoir being told it was in her best interest to sleep with “Daddy,” as the girls call him. After becoming his girlfriend, she says Hof tried to “fix” her by changing the way she did her makeup and pushing her to lose weight until she wound up with an eating disorder.
Hof also included a psychological profile of himself in his memoir. Psychotherapist Dr. Sheenah Hankin said he engineered bitterness and jealousy among women in the house by encouraging them “to be jealous and yearn for his attention” while laughing at them as they “bicker, bitch and fight with each other over him.”
In sum, Hankin labels him a “narcissist” and “a terminator with no empathy” who is “clueless about his lover’s hurts and fears or his part in creating them.”
“What on Earth was Hof thinking when he agreed to let these damning accounts into his memoir?” Getlen wrote.
Another calculated move on the part of a shrewd businessman, perhaps?
“Once I made the commitment to tell all, it was a real roller coaster,” he told the Reno Gazette-Journal of his decision to write the book.
As for the narcissist label, “I’ll wear that like a badge of honor,” he told Adweek.
“Look at any list of the top businessmen in the world in Forbes and they’re all narcissists.”