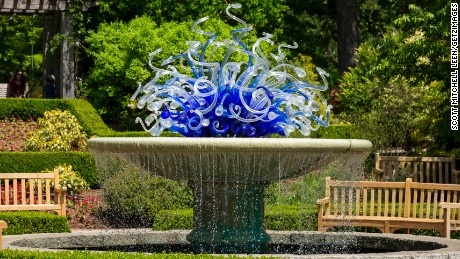 Atlanta (CNN)Outshining the lush foliage that surrounds it, a glorious spiked tower of indigo blue glass blooms near the entrance of the Atlanta Botanical Garden.

Take a left turn past the garden entrance and a star resembling a prickly sea urchin welcomes visitors to the Great Lawn outside the garden conservatory, where sinewy glass growths in fiery shades of red and orange shoot up from landscaped beds.
Some of internationally renowned artist Dale Chihuly’s 19 glass installations are easy to spot throughout the 30-acre garden.
Others, like the serene turquoise marlins congregating in the Japanese Garden, are tucked away in hidden areas and may require a map to track down.
Famous for his plant- and wildlife-inspired installations, Chihuly’s six-month Atlanta engagement is drawing new and returning fans to the garden, which first hosted his work in 2004 and has two Chihuly pieces in its permanent collection.
Atlanta isn’t the only big city garden adding art exhibitions to its acres of native and exotic plant life.
No longer simply home to beautiful displays of blossoming flowers and native plants, public gardens around the country are attracting big audiences to view blockbuster art exhibitions.

“We call it the wow factor — wow, you have to see this,” said Sabina Carr, Atlanta Botanical Garden’s vice president for marketing.
“Like a museum, you always have to offer something new and different … to attract new visitors and new members,” said Carr, who also serves as president of the American Public Gardens Association.
While gardens are also tasked with educating their audiences about how their food is grown, climate change and the environment, they first have to get people in the door.
Art seems to do it.
Atlanta’s 2004 Chihuly show increased the garden’s membership by 200% and helped spur about $110 million in donations over 10 years, garden officials said. That paid for the garden to nearly double its footprint.
The first show at the tiny, five-acre Tucson Botanical Gardens had a similar impact.
“Nature Connects, Art with LEGO Bricks,” opened at Tucson in September 2015 and featured 13 nature-inspired LEGO creations.
“Attendance zoomed 63% in three months, and we gained 618 new members,” said Tucson executive director Michelle Conklin.
Conklin hopes “Frida Kahlo: Art, Garden, Life,” which will open in Tucson in October, will have the same impact.
Gardens can’t simply nurture their plants and hope people come to see them again and again, she said.
“You have to give people a reason to come, and come again, and the first time you get them so excited, they want to come again,” Conklin said.

‘Bringing the garden to life’

Conklin didn’t have to develop the Kahlo exhibit on her own.
The New York Botanic Garden, which is in the Bronx, created the Kahlo show, which explores the Mexican artist’s botanical inspirations and their symbolic significance. The New York show premiered in 2015.
“Frida brought the garden to life last summer,” said Karen Daubmann, the New York Botanical Garden’s associate vice president for exhibitions and public engagement. “It broke all attendance records.”
The garden displayed a reimagined version of Casa Azul in Mexico City, Kahlo’s lifelong home where she eventually lived with her husband, artist Diego Rivera. The New York garden also featured a scale version of the pyramid in their home garden, where Rivera displayed part of his art collection.
While New York had 250 acres to host the exhibit, Tucson has only five, so the exhibit will be scaled down a bit.
Still, the natural environment in Arizona, with desert landscapes and cacti similar to those seen in Kahlo’s work, is much more in line with what inspired the artist.
Between the blockbuster exhibitions, gardens make additional efforts to attract visitors with new restaurants, cocktail hours and musical performances. Holiday light exhibitions attract families during the slow winter season.
Some gardens forgo high-profile, temporary art shows altogether, opting instead for a steady lineup of homegrown events.
The Chicago Botanic Garden is one such garden. Nature-themed holiday events and an orchid show to attract visitors to its hothouses in the freezing months of February and March are among its seasonal offerings.

Art in the garden

But before the cool weather sets in, there are a number of headliner special exhibits to enjoy across the United States.
Longwood Gardens, Pennsylvania 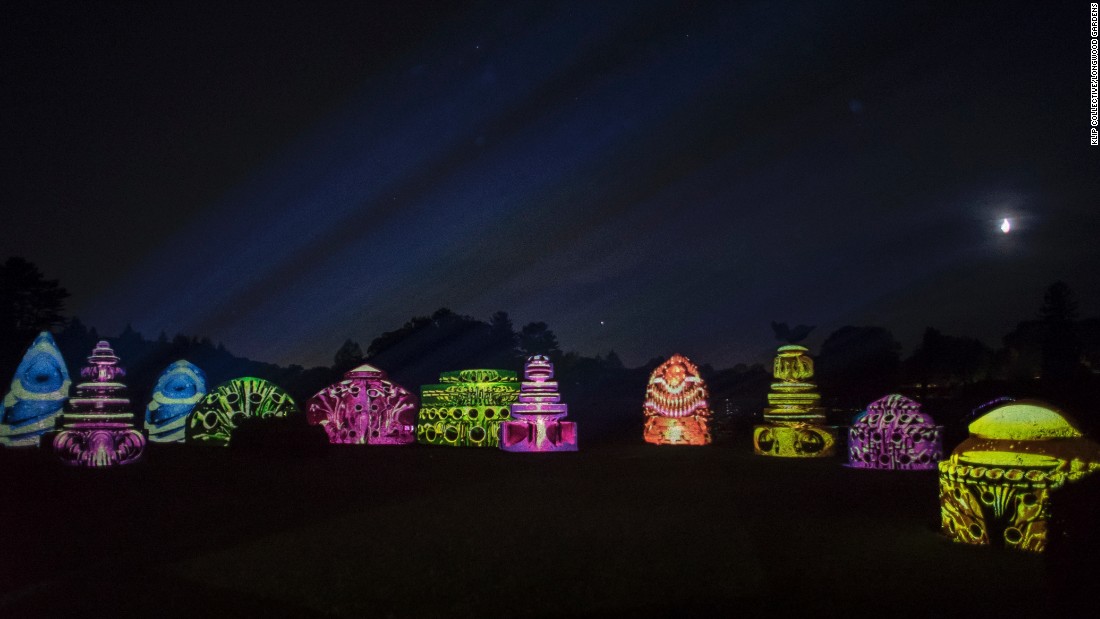 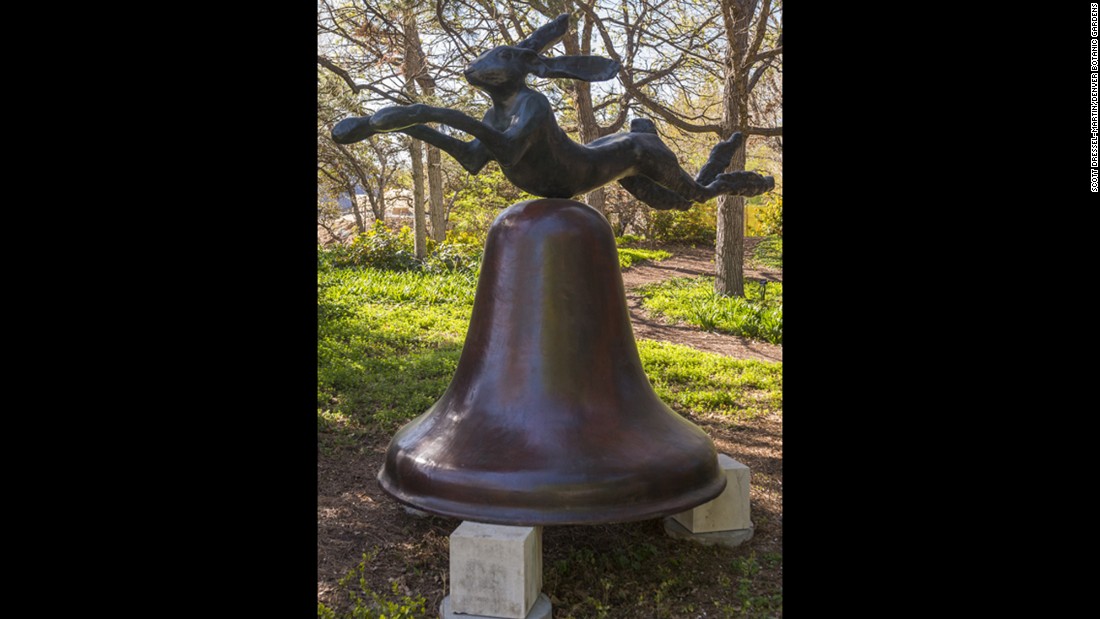 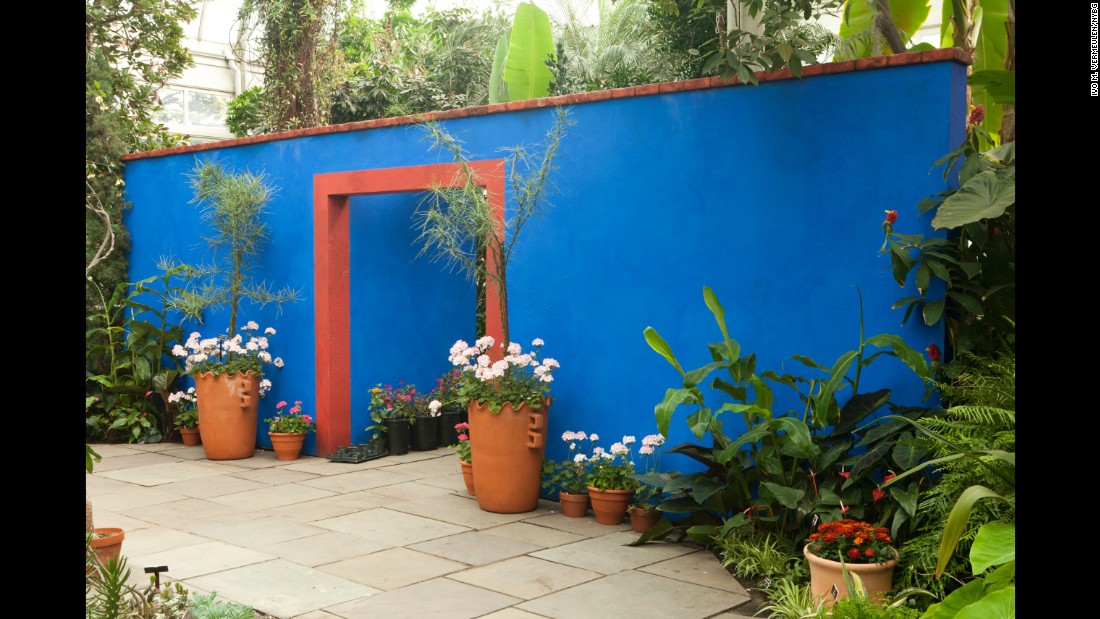 The New York Botanical Gardens exhibit, “Frida Kahlo: Art, Garden, Life,” will debut in Tucson on October 10 and will run for eight months. The show is included in the $13 admission price.
New York Botanical Garden, New York
The garden’s latest show, “Impressionism: American Gardens on Canvas,” is indoors in the garden library’s art gallery and the conservatory through September 11.
The conservatory hosts an American impressionist garden, with flowers that influenced John Singer Sargent and other impressionists. The gallery displays more than 20 paintings and sculptures by impressionists, showcasing the natural influences on their work.
The show is included in the price of admission, which ranges from $20-$25 for adults depending on the day of the week.
Atlanta Botanical Garden, Georgia
Nineteen of Dale Chihuly’s art installations will be featured at the garden through October 30. Admission to the park is $21.95 and includes the exhibition.