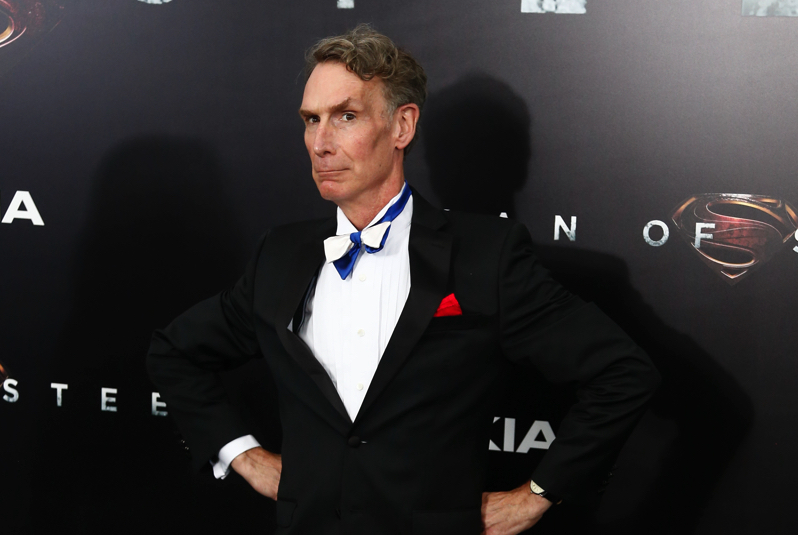 If youve given up on your childhood dreams of becoming a runway model, we have good news. This week, Bill Nye the Science Guywalked the runway in a New York Mens Fashion Week show. Yes, you heard that right. The geeky man of your dreams from middle school science class got to walk in fashion week. We weren’t at the show so we can’t say for sure, but we like to imagine that he walked down the runway to his own theme song while the entire room chanted “Bill! Bill! Bill!”

The designer was Nick Graham, and the theme of the show was Life on Mars: Fall-Winter 2035. Bill Nye narrated the show, and there was also a special appearance by Buzz Aldrin (one of the first guys to walk on the moon, nbd). At the end of the show, Bill did a quick little walk down the runway, looking honestly really sharp in a shiny silver suit jacket with spaceships all over it. And now I feel weird for describing the man who basically guided me through middle school science education as “sharp.”

Anyway, Buzz Aldrin is 87 years old, but he said his runway walk was as easy as walking on the moon. Okay, can he be our honorary grandpa? Also, where was Neil deGrasse Tyson in all of this? A Bill Nye vs. Neil deGrasse Tyson walk-off is the only thing I ever need in life (that I only realized I needed 10 seconds ago).

So what happens now? No news on where Bill Nyes modeling career will go from here, but well support literally anything he does. Tbh it looks like science might become outlawed in the next four years, so he might have to make modeling a full-time gig.