So glad Bravo decided to rehash The Great Toast Debate of last episode, but not The Great Tattoo Fiasco. Priorities, get some.

For a second I thought Nico had Trevors bunk rigged with a spy cam and was watching him sleep. Whoops!!

Like sorry but I couldnt give less of a fuck about Nicos side chick back home. We all know hes gonna hook up with Lauren anyway. Melissa, Nico’s “friend,” is probs really pissed now that she sees she was referred to as his “friend.”

Did Kelley really bring his own free weights to a fucking yacht? Take a shot for Kelley working out.

OK but honestly for all his shit-talking, Trevors jellyfish tattoo looks like it was drawn by a child.

“Now there’s drama and I’m involved in it.” Well no Trevor, you started it sooooo yeah. There’s a difference.

Emily called Trevor a cat on a hot tin roof. Nice reference, Em, whered you get it? the 1930s?

Lauren tells Nico that he’s a lot like her and nothing really phases him, which is false because just a mere six hours ago he cried himself to sleep because someone insulted the shading on his tribal tat.

Is Emily wearing a flower crown? 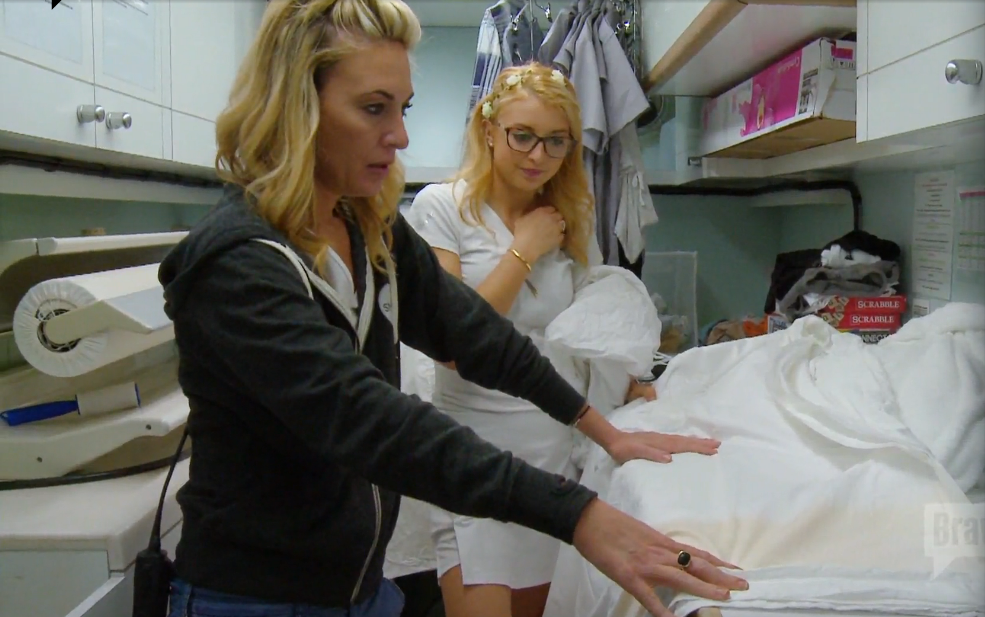 Follow-up question: Why? This aint Coachella.

Captain Lee crunching a chip and staring off into the distance is me everyday.

Why does this dog eat better than I do? Oh right, rich white people.

Wait, these people own a yacht? Why tf would you spend 100+ thousand bucks to rent a yacht when you already have one? Fucking rich people: the theme of today’s recap.

My grandparents never had a needlepoint reminder to shut off the ovenThats not a thing, Kate.

Its easy to forget Sierras autobiography

Ben is honestly the worst chef ever. The guests could be like We want to eat brunch at 11am and hed be like OH MY FUCKING GOD ARE YOU ALL TRYING TO KILL ME? WHO EATS BRUNCH AT 11AM THIS FUCKS WITH MY ENTIRE DAY!!! Like, you are the HIRED CHEF, asshole. Your job is to LITERALLY cater to these peoples whims. LI.TER.ALL.Y.

Emily asking Sierra if her parents are still together WTF is wrong with you people? Thats not a question you outright ask someone. You just have to gather it from tidbits of conversation and gossip like fucking normal people do.

I know Captain Lee likes that Kelley is telling him about the drunken drama with Trevor but to me he seems like a narc.

Why are they playing the Jaws theme music when they bring out this pool? Its a fucking inflatable pool, not a live shark.

My dog is cuter than theirs, so ha. 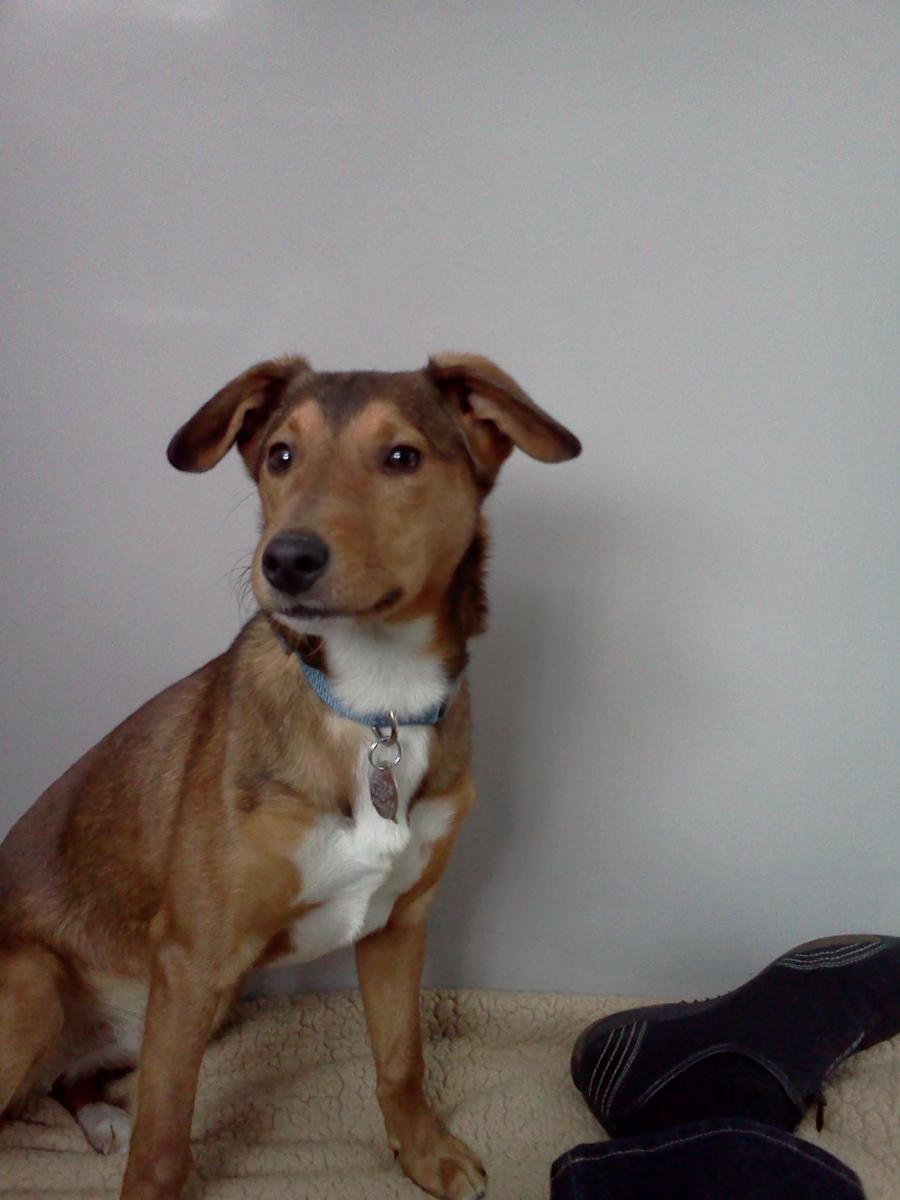 A Grey Poupon bottle toss is not a standard unit of measurement, you fucking weirdo.

That dog Scupper is getting more action than I have in months.

In this episode: white people who kiss their dogs

Kate: 3 things you encounter in life: death, taxes, and Ben getting angry when you ask him to cook food.

Yeah I know so weird its almost like they pay him to cook or something. I know this is really antifeminist to say, and sorry in advance for personally setting women’s rights back 20 years, but is Ben on his period?

Trevor has the same attitude I have when I’m hungover on a Monday morning, but like, all the fucking time.

Some people might think that the guests hearing Kate and Ben fight is a bad thing. I, on the other hand, think it’s an added form of entertainment.

Trevor to Kelley: I feel undermined by you.

Well, he’s your boss so like, that’s kinda allowed.

OK these guests are worse than the Instagrannies; their favorite food is turkey bacon. Fucking TURKEY BACON.

Take 5 shots because Ben wont shut the fuck up. Thats not an official drinking game rule, but thats what Im doing to get through this.

Im honestly surprised this dog isnt sitting at the table with them.

Ben: This has been one of the most exhausting days of my life, Im being asked to do this thing called my job and its just too much.

Im not even a stewardess and even I know eggs Benedict Florentine is not a thing. Do you even brunch, Kate?

What does See you next Tuesday mean? Is that an insult now?

Why does a boat need an inflatable pool? What are they too good for the actual ocean?? Is it because us poor people swim in the ocean? This net pool thing seems kinda fucking pointless. Sure, the minnows aren’t going to be swimming with you, but if Jaws decides he wants a snack, a little mosquito net in the water isn’t gonna stop him.

Wow, and after all the crews bitching and moaning about the pool, it looked pretty painless. YOU DON’T SAY.

Kate, you are a fucking idiot for letting Sierra iron the dogs clothes. You said it yourself, they care about this dog more than their children. If this goes wrong, the blood is on your hands.

Hold up, wtf is on the bottom of her dress? 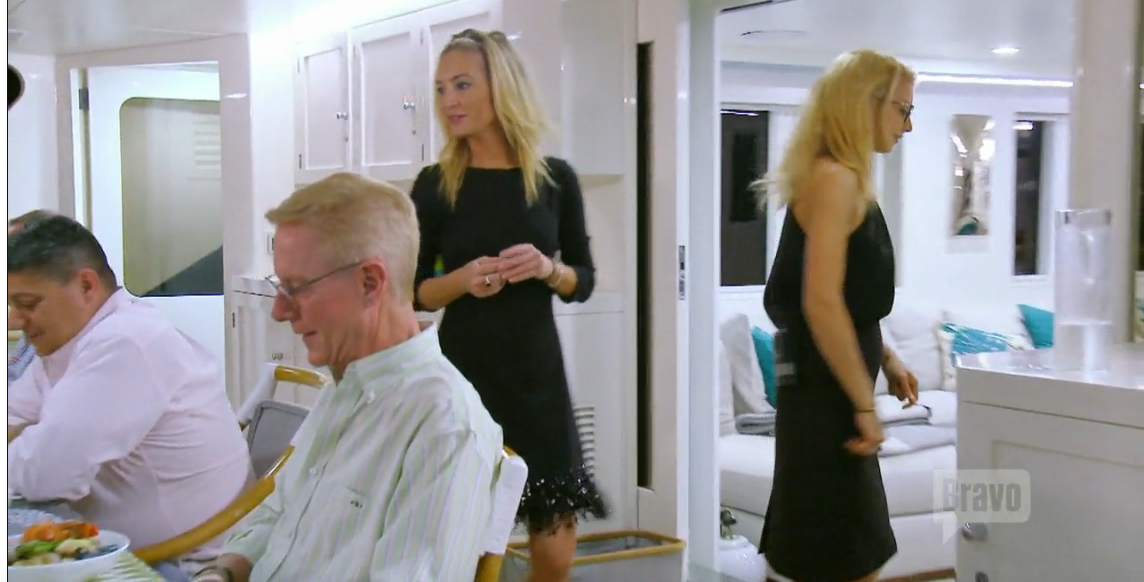 Kelley’s sister Amy: So let me get this straight. There were three dudes in a hot tub arguing about a tattoo.
THANK YOU

Did you know the Germans trained poodles in the 17th century to dive for lobster – random questionable facts we learn from Below Deck.

Trevor: You guys want me to take a shot with you?
Charter: Uhh, ok.
Trevor: Alright I’ll do it, if you insist.
Wow, so big of you.

Captain Lee: This charter, meh it was okay. Kinda like kissing your sister.

Don’t get that simile at all, but it’s WAY creepy. Is Lee from Mississippi? 12 grand is not a lot of money?? What is this captain smoking?

Ive only known him for 1 week, but I feel like I’ve known him forever. Are they on a boat or at a summer camp?

Three steps for being a creep:

I’m gonna go out on a limb here and say Trevor might have a bit of a drinking problem. Did he just order 3 drinks at once? Also drink because he mentioned his hair modeling.

Ben defending Kate when Trevor calls her a bitch is kinda cute. Alright, Benny Boo Boo, you’re back on my good side.