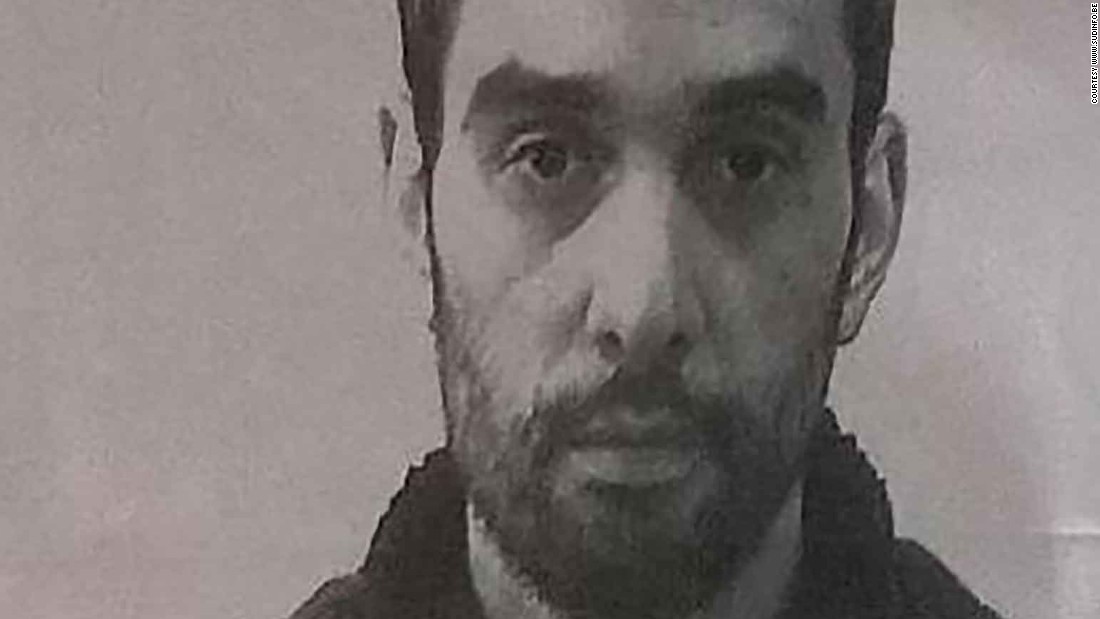 (CNN)Authorities missed an opportunity a decade ago to stop a key ISIS operative thought to be behind the Paris and Brussels attacks, a former Belgian intelligence officer says. 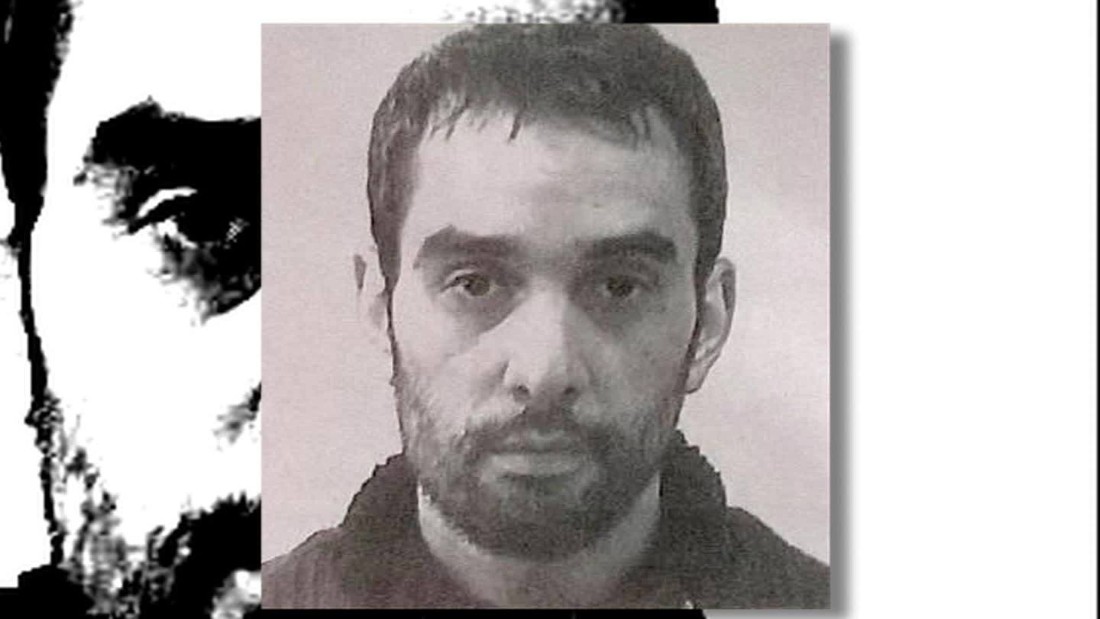 Who is the suspected terror attack ringleader?

Instead, Andre Jacob, who at the time was the head of the anti-terrorism unit for Belgian intelligence, says that Oussama Atar, believed by French authorities to be the elusive “Abu Ahmad,” was incarcerated in multiple Iraqi detention centers where he became further radicalized.
The Belgian-Moroccan national, now 32, would years later introduce his own family — including his cousins, theEl Bakraoui brotherswho carried out the Brussels attacks — to his extremist ideologies, according to French and Belgian authorities.
Butwhen Jacob first met Atar in 2006 he was 22 anda baby-faced detainee in Baghdad,a far cry from the “monster” he would eventually become. 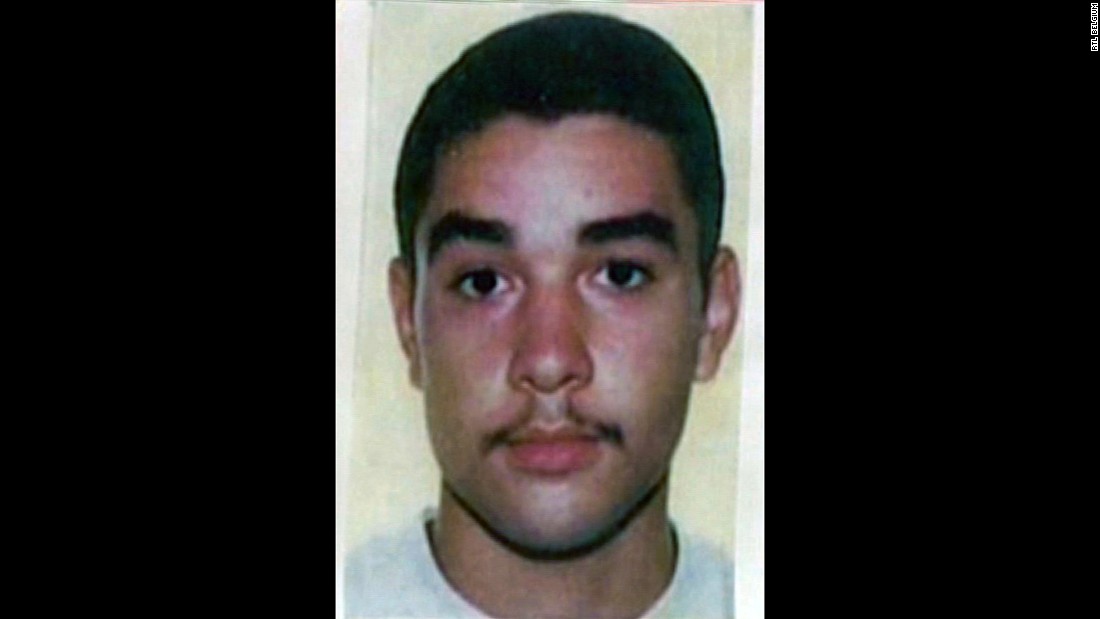 It was July and the height of the Iraq War when Jacob walked through the doors of Camp Cropper, a newly-opened US-operated detention center. He’d been invited to help question Atar by the CIA and US military intelligence.
“I saw a young boy disappointed to be there,” Jacob tells CNN. “Surprised also and who was trying to tell us that he wasn’t a terrorist but he was in Iraq to help Iraqis and not to be a foreign fighter.”
This was the first in a sequence of events in which Atar would ultimately be released by authorities and go on to become a prime suspect in the attacks.
Jacob says he questioned theyouthfulcaptive without handcuffsand overthe next fourdays, Atar slowly opened up about his life back home. He spoke of his close relationship with his mother and his estranged father. He revealed trouble in school and problems fitting in, his love for Syria and how he traveled to the Middle East to break from his old life.
American officials,under the Bush administration,supported the softer approach. The militarywasstill reeling from Abu Ghraib, an abuse scandal thatignited global outrage and fueledanti-American propaganda peddled by Al Qaeda.
“In fact the Americans told us to be kind with him and not to put pressure on him because ‘the rules have changed,'” Jacob says. 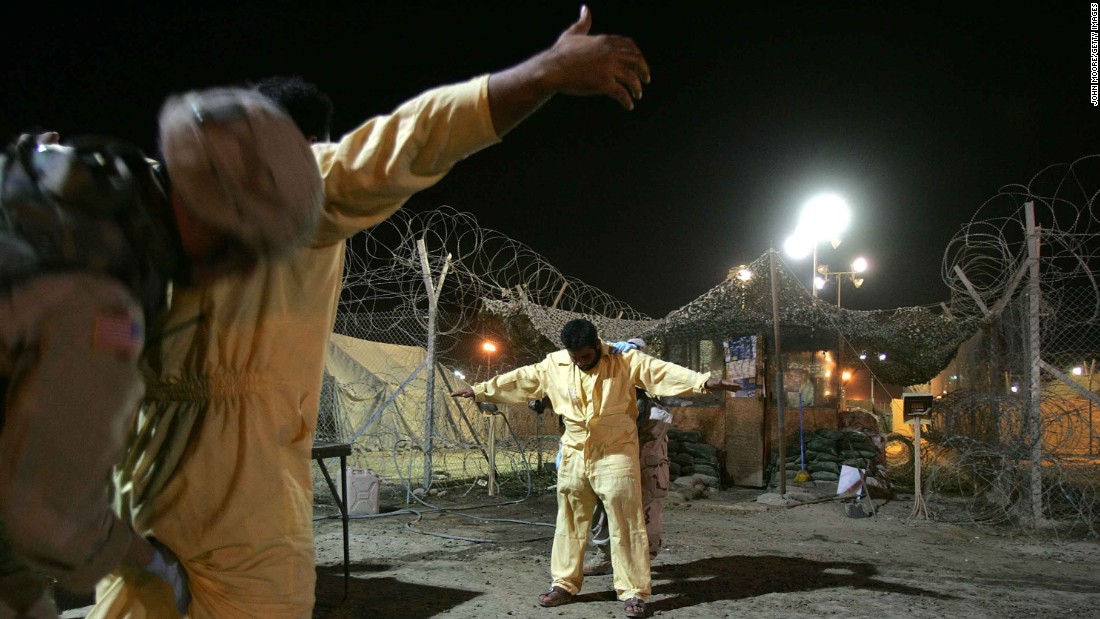 At the time of Atar’s imprisonment, Camp Cropper was full of some of Iraq’s most notorious detainees including Saddam Hussein. Still under construction, Jacob saysprisonerswere allowed to mingle under open tents. No books were permitted except the Quran.
The previous February, the US Military had arrested Atar along with others at a Ramadi checkpoint. Jacob says Atar was injured; the group had been en route to a local hospital. He says Atar explained his injuries were the result of experimenting with grenades but insisted he was not taking part in military training.Jacob says he was found with weapons and was arrested and held at Abu Ghraib detention center before being moved to Camp Cropper. 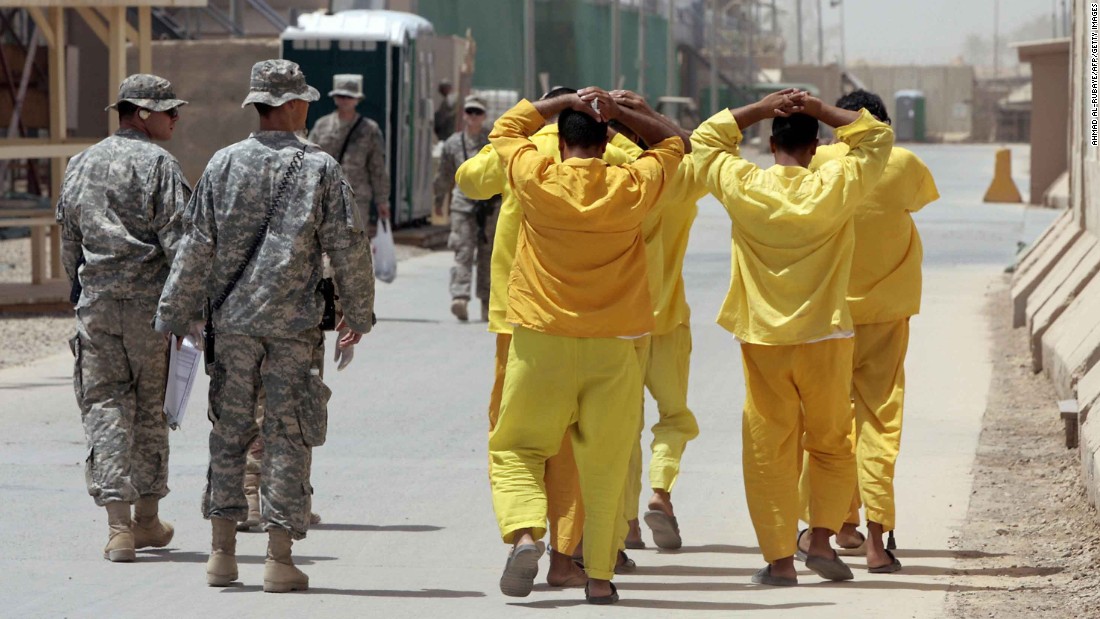 The Iraqis didn’t buy his story and insisted Atar was a hardened jihadist. The Iraqi Ambassador to Belgium, Jawad Al-Hindawi, says he was charged with terrorism offences.
“Apart from the evidence which was in the Iraqi (files) which led to his indictment, there were other authorities that had information about him, not only the Iraqi government, that shows he was very involved with the Al Qaeda organization and that was proven by other parties,” saysthe ambassador.
Al-Hindawi claims Atar belonged to an organization called “Al Fatah,” an alleged terrorist network operating out of Syria under the pretext of offering Iraqis humanitarian aid.
He was sentenced in an Iraqi court to life in prison, which was later reduced to ten years.
To Jacob, there was reason to question some of the allegations.
“For me, Atar didn’t have a profile of a terrorist when he left Belgium.
“He was checked in a car with other people, others linked to terror … American soldiers put all the documents in one plastic bag. It was difficult for analysts to figure out what belonged to whom,” he says.
It was a view reflected in Jacob’s official assessment at the end of his trip to Iraq in 2006, seen by CNN.
Jacob explains that his final assessment was of “someone who wanted to almost apologize.”
“He was understanding that he made mistakes and he should have never gone to Iraq but he didn’t see any exit,” the anti-terrorism specialist says.
“Our conclusion … was that this person could potentially be recuperated but it was just a suggestion. Then the decision is taken by the Belgian Ministry of Foreign Affairs and by the American authorities.
“But the Americans didn’t want to take that risk to free a person who could potentially be a terrorist.” 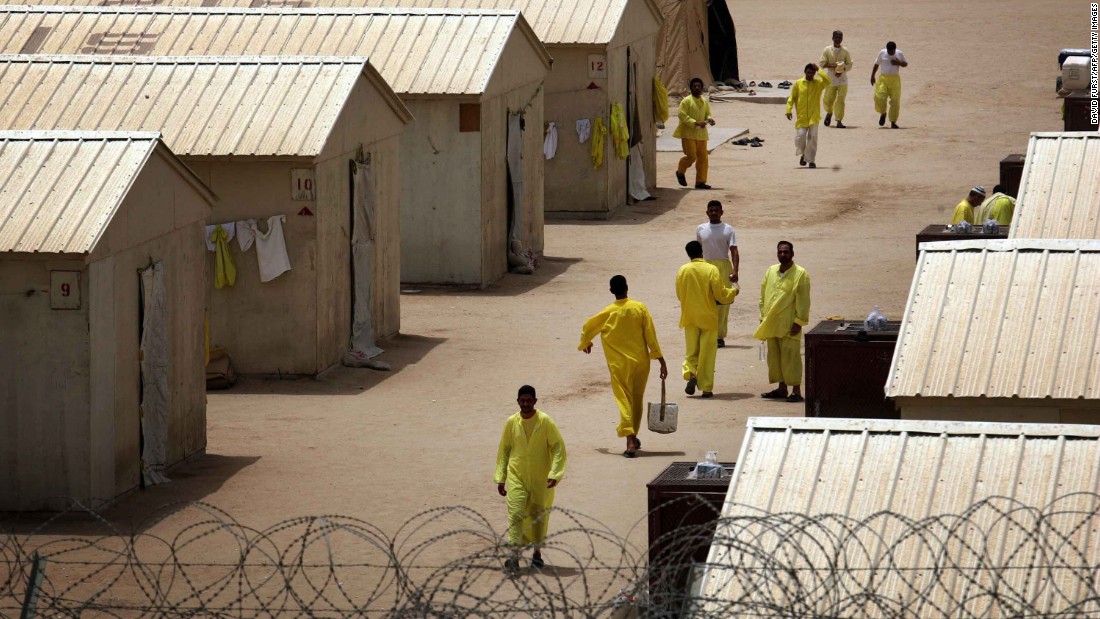 ‘A recipe for radicalization’

The Belgian Foreign Ministry declined to talk to CNN for this story, citing an ongoing parliamentary inquiry.
But a source close to the inquiry tells CNNthat over the next six years the Belgians repeatedly pushed for Atar to be released and allowed to return to Belgium. The source says the Americans had appeared open to the idea. But their attitude changed with a 2009 letter sent from the US Embassy to Belgian officials in Jordan.
The letter outlined how Atar was perceived as anti-American and pointed to an attempted prison break with a known associate of terror leader, Abu Musab al-Zarqawi as further evidence.It also expressed concerns that, if released, Atar would simply try to come back to Iraq. Atar would ultimately be released by Iraqi authorities after serving seven of his 10-year sentence.
According to Iraqi and Belgian officials, it was while he was in US custody that he made new jihadi contacts, includingAbu Bakr al-Baghdadi,who would go on to create ISIS, although how the two met is unclear.
He would eventually be transferred to other detention facilities, including US-maintained Camp Bucca and the Iraq-run Al-Rusafa and Nasiriya prisons.
These types of detention centers were a recipe for radicalization, Jacob says.
“His time in the Iraqi prisons and American jails made him become a character who’s more than radicalized — he became a terrorist.”

Back in Brussels, little of Atar’s case was known. His legal file, according to his lawyer Vincent Lurqin and politicians who advocated for his release, only indicated that he had crossed illegally into Iraq.
Lurqin says he appealed to Belgian intelligence for more information, but a letter from Belgian intelligence obtained by CNN shows that they denied knowing anything about Atar and refused a court order to turn over his intelligence file.
In 2010, word had spread that Atar had cancer. Consequently, his family spearheaded a campaign — backed by Amnesty International — for his treatment,which some say could have led to his release.
The cancer claim proved to be false.Atar was found to have a colon infection according to his lawyer.
In a 2010call for actionto activists, Amnestyurged the Iraqi government to provide proper medical care, referring to Atar’s conviction of illegally crossing from Syria to Iraq. Amnesty was unaware of Atar’s alleged links to terrorism and in an emailed statement to CNN, Amnesty also denied ever campaigning for Atar’s release and was “not involved in any decision to release him in 2012.”
That August, Atar was released but Iraqi Ambassador Al-Hindawi insists this was due to Belgian public and government pressure.
“If not for the request by different organizations … he would still be in Iraqi prison.” 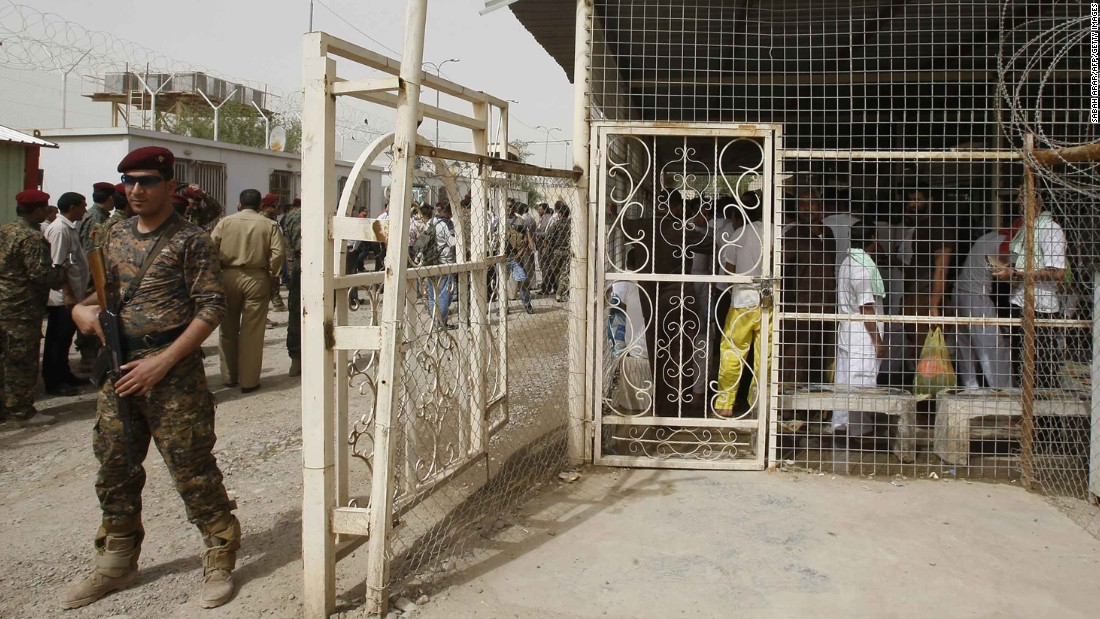 By September 2012, Atar was back in Brussels — a different man.
“He had serious medical problems so it was a young person who was very weak and very skinny. He had a lot of white hair,” Vincent Lurqin, Atar’s lawyer, says.
The day after he returned, Atar was interrogated — first by police and then by a judge — for six hours, who questioned his movements abroad.
His lawyer says that Atar told officers how he got there and what happened before being let go. He adds that at the time there was no real de-radicalization or debriefing process for individuals returning to the country.
“Now it’s different. When you come back from Syria there’s a whole process where you go through de-radicalization,” says Lurqin. “At that time nobody asked themselves those questions.”
Even though Atar’s name was on the Belgian foreign fighters list, a source close to the inquiry says he visited his cousins — the El Bakraoui brothers, who had been arrested for criminal activity — at two separate prisons on the outskirts of Brussels 20 times. These same two cousins later carried out the Brussels attacks. 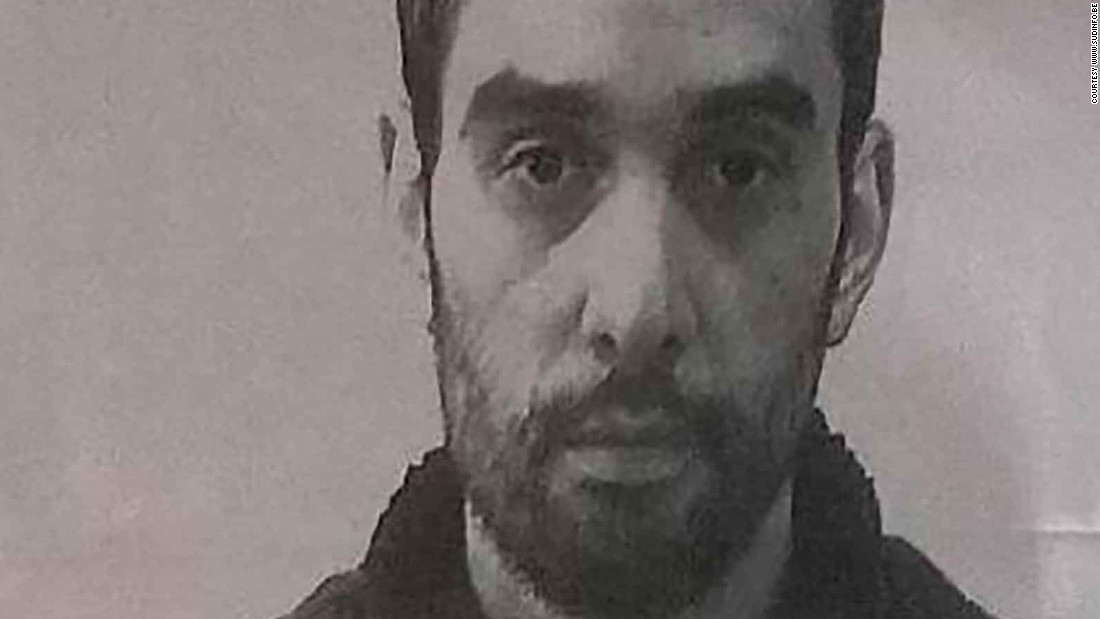 According to an official letter seen by CNN, the Iraqis had released Atar on two conditions: the Belgian Foreign Ministry would not issue a passport and his activities would be monitored.
A source close to the inquiry also revealed thatthe Belgian Foreign Ministry did issue passport. Though the reasons for this remain unclear, the ministry checked with Belgian intelligence before providing new documentation, the source added.
Related: Mapping ISIS attacks around the world

Where is he now?

In 2013, the source adds that Atar used his new passport to travel to Tunisia, where he was detained and asked to leave the country because of his stay at Abu Ghraib. He eventually made his way to Turkey and then disappeared.
How he rose so quickly through the ranks of ISIS is unclear.
Regardless,Atar began sowing seeds of terror. Authorities believe heradicalized his cousins, the El Bakraoui brothers, online creatinga “familial terror network,” according to the same judicial source. His brother Yaseen was arrested five days after the Brussels attacks on terror-related charges;he is currently in a Belgian prison awaiting trial.
“People radicalized here recognize him as a very important person… more important than Abdel Hamid Abaoud (one of the coordinators from the Paris attacks),” the judicial source says.
Related: Laptop reveals network behind Brussels, Paris attacks

Slipping through the net

Even in the face of a global manhunt, with his remaining family members under surveillance, the judicial source says Atar brazenly paid them a visit last August, some four months after the attacks in Belgium.
He was in “direct contact with family. He saw them in person. Physical contact,” the judicial source says.
CNN reached out to Atar’s family but his sister declined to comment.
Police raided homes in the Brussels neighborhood of Laeken but came up empty-handed.To complicate matters, the ongoing operation was leaked to the media.
“It had immediate consequences for the investigation. I’m not saying we missed him (because of that) because we may never know.”
What Atar was doing in Belgium — and where he is now — is unclear, but authorities fear the worst.
“ISIS wouldn’t send someone like Atar to commit attacks unless he wanted to do it himself,” the source says.
With his current whereabouts unknown and scores of lives lost in the subsequent attacks in France and Belgium, Jacob reflects on that missed moment a decade ago.
“I feel a little bit sorry that I haven’t been able to get him back in Brussels because maybe it could have been a solution to avoid these terrorist acts. But who knows what would have happened?”