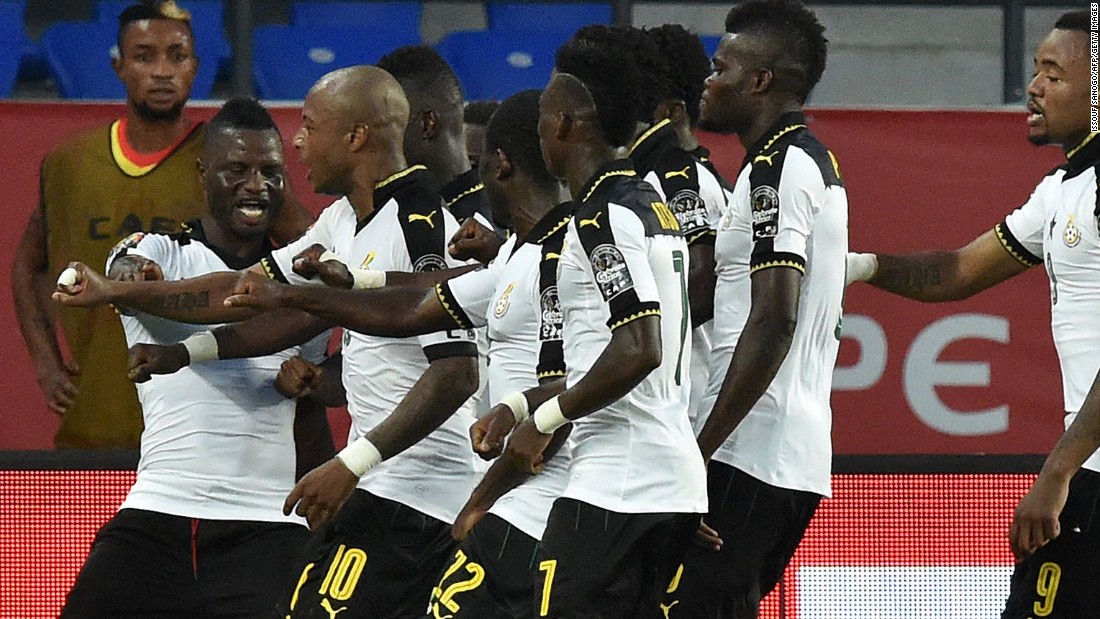 (CNN)Brothers Jordan and Andre Ayew were the heroes for Ghana as the Black Stars edged Democratic Republic of Congo 2-1 to reach the semifinals of the Africa Cup of Nations Sunday.

Ghana had ridden its luck against the Congolese Leopards in Oyem before Jordan opened the scoring just after the hour mark with a superb strike.
DR Congo was quickly and deservedly level when Paul-Jose Mpoku scored with a swerving shot from just outside the penalty area, arguably the goal of the tournament to date.
But in the 78th minute, Joyce Lomalisa made a clumsy foul on Christian Atsu to concede a penalty.
Andre Ayew sent Levy Matampi the wrong way with his spot kick to complete the fraternal double and ultimately earn his side a last four clash with Cameroon in Franceville next Thursday.
The other semifinal will be between Burkina Faso and Egypt, which beat Morocco 1-0 in the final last eight match later Sunday.
The Ayews are the sons of Ghana football legend Abedi ‘Pele’ Ayew, ranked among the greatest African footballers of all time.
Ghana, runner-up in the last competition, is seeking a first Cup of Nations title since 1982.
Mpoku’s superb goal was the highlight for DR Congo, which was the better side in the first half as Hull City striker Dieumerci Mbokani came close to opening the scoring, but hit the woodwork as he attempted to turn the ball home.
Arvram Grant’s Ghana improved after the break and pressure paid off when a Congolese pass was intercepted by Mubarak Wakaso, who set up Jordan Ayew for his fine opener.
DR Congo deserved at least a goal for its efforts and even after Andre Ayew put Ghana ahead for the second time pressed strongly for an equalizer.
Seven-time champion Egypt has yet to concede a goal in this year’s competition and maintained that record against the Atlas Lions.
In a game of few chances on a poor quality pitch in Port Gentil, it fell to Mahmoud Kahraba to score the only goal in the 87th minute, a scrambled effort after a corner.