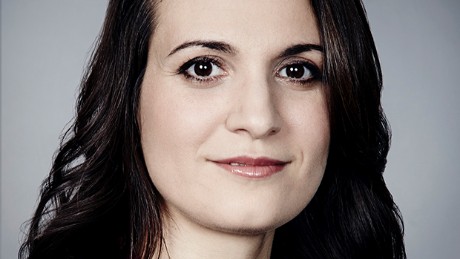 (CNN)I am stuck with the prophets. I understand their message and it feels like a master class in what to do to please God, but why does it take so long to get to the point?

The New Testament is so close. I have resorted to counting the prophets, like miles in a marathon. Nine more to go.
(If you could see me now, I am shaking my fist in the air in frustration.)
This week started with Baruch — another book that is in only the Catholic Bible. Baruch was the secretary to Jeremiah. So, you can probably guess how I feel about the book.
A Catholic reads the Bible, Week 33: Jeremiah’s long-winded lamentations
But there was one thing that was interesting and translatable to today. While talking about idols, Baruch writes, “Despite the gold that covers them for adornment, unless someone wipes away the corrosion, they do not shine.” (Baruch 6:23)
All I could think of is the popular saying about people chasing after “bright, shiny objects” that divert our fleeting attention. It’s the same thing for the Israelites and these false gods.
The next book is Ezekiel. He’s a major prophet and so you might think I could fly through it. The book is divided into three parts. I have only got to the first part because I am back to reading at a 3rd grade level — slow.
The first part of Ezekiel is yet another recounting of all the Israelites’ bad deeds. The next two are the road maps for the future, and according to the book’s introduction, that is the most significant part. I will get there next week.
But, as I was reading, one line struck me. There is a recipe for bread in the Bible.
Ezekiel 4:9 says, “Again, take wheat and barley, and beans and lentils, and millet and spelt; put them in a single vessel and make bread out of them.”
I thought to myself, I should try to make that. And that lead to a great many thoughts about bread.
Everything in the Bible is about sustenance — both literal, like food, and figurative, like faith.
Food has been used as punishment, like having wormwood to eat and poison to drink (Jeremiah) or what I thought of as price gouging on food during another famine (Kings 6:24) as punishment, but I hadn’t thought about creating the bread.
I couldn’t get it out of my head.
It is something so simple that carries throughout the Bible — and as we just celebrated Easter, it was even more present in my mind.
And maybe, just maybe, I am fixated because I am looking ahead to the New Testament.
And there is this famous line about bread that is coming: “Then he took the bread, said the blessing, broke it, and gave it to them saying, ‘This is my body which will be given for you; do this in memory of me.'” (Luke 22:19).
As I have since learned, there is no need to make the Ezekiel-recipe bread. Companies out there have beaten me to it. But my editor really wants me to bake Ezekiel bread and bring it to the office.
I may try it while I read the rest of Ezekiel and trudge through the next nine prophets.