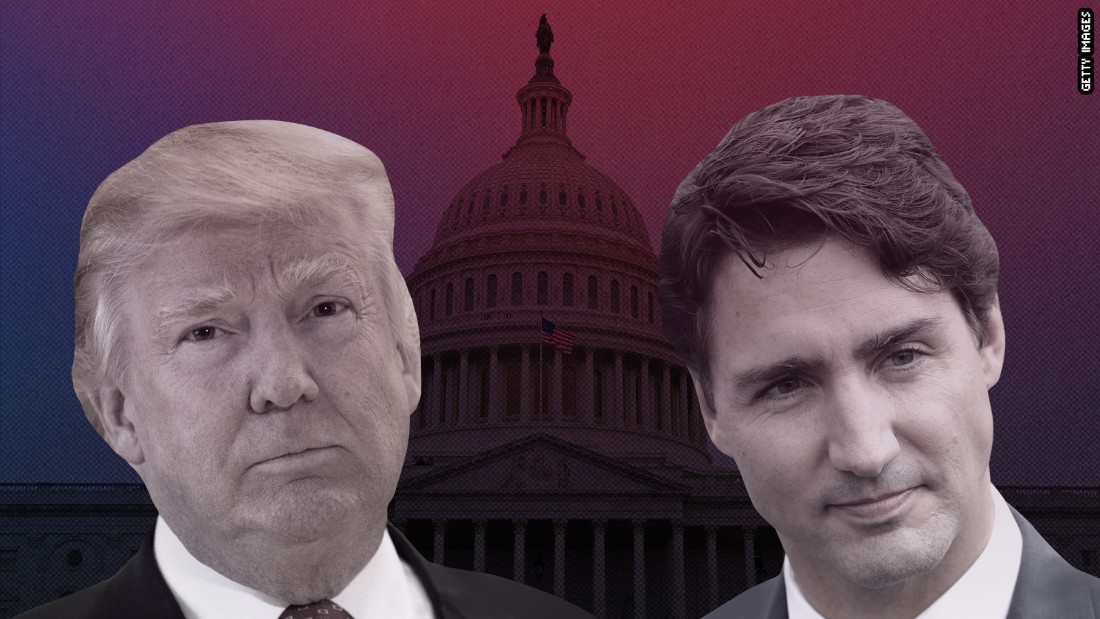 (CNN)O Canada! A big meeting is taking place at the White House today, but there is plenty that happened over the weekend to talk about first. Here are the 5 things you need to know to Get Up to Speed and Out the Door.

Now you can get “5 Things You Need to Know Today” delivered to your inbox daily. Sign up here.

North Korea launched a test fire of a ballistic missile on Sunday, raising the hackles of neighboring nations and the US. The medium long-range missile was never a threat to the US, but North Korea still called the launch a success. President Trump learned of the test while he was visiting Mar-a-Lago with Japanese Prime Minister Shinzo Abe, prompting a bizarre scene where the leaders and their staff discussed the incident by the light of candles and cell phones as dinner was served around them at the busy club.

The Prime Minister of Canada will have his first meeting with President Trump today. Young, optimistic and unapologetically liberal; Trudeau’s “sunny” public image and political outlook have recently been darkened by some scandals. Now that he’s the closest liberal politician to the US, it will be interesting to see how he interacts with Trump and his often divergent ideas of the future.

National Security Advisor Michael Flynn is on thin ice after new reports surfaced that Flynn did indeed discuss sanctions against Russia with a Russian ambassador — before Trump became president. That’s a huge no-no, since he wasn’t a government official at the time. Originally, members of the administration including Vice President Mike Pence, defended Flynn, but now even Flynn himself is not denying the allegations.

At least 188,000 people have evacuated from several Northern California counties after damage to a spillway at the Oroville Dam. Spillways are supposed to keep dams from overflowing, but heavy winter rain and structural damage could make for a potentially deadly breakdown. No repairs yet, since crews can’t event get to the spillway, and more rain is expected in the area later this week.

For the first time, US investigators say they have corroborated some of the communications detailed in a 35-page dossier compiled by a former British intelligence agent, multiple current and former US law enforcement and intelligence officials tell CNN. As CNN first reported, then-President-elect Donald Trump and President Barack Obama were briefed on the existence of the dossier prior to Trump’s inauguration. None of the newly learned information relates to the salacious allegations in the dossier. Rather it relates to conversations between foreign nationals.

People are talking about these. Read up. Join in.
Adele wins big at Grammys
Adele took home Album of the Year and created a, uh, memorable moment during a George Michael tribute.
Beyonce, A Tribe Called Quest also in Grammys spotlight
The former did her pregnant goddess thing, and the latter provided a scathing political moment.
Dominican newspaper mistakes Alec Baldwin parody for pic of Trump
The unsung hero here: SNL’s hair and makeup department.
Jazz legend Al Jarreau has died
The Grammy-winning musician was 76.
SNL does Trump, Spicer, Conway and…Tapper?
No one tell that Dominican newspaper.